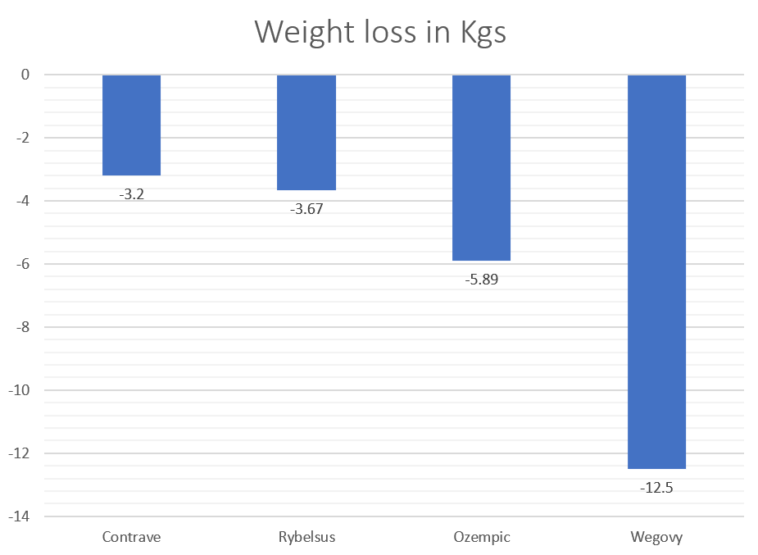 The weight loss effects of Ozempic vs Contrave

Ozempic vs Contrave is a general comparison of the two weight-loss drugs. Strictly speaking, Ozempic, as a brand, is not an FDA-approved weight-loss medicine.

However, its higher dose formulation has been approved for weight loss.

Ozempic is actually an antidiabetic drug that is used to control the sugar levels in the body in patients with type 2 diabetes.

Its higher dose formulation, Wegovy, and even Ozempic are also used as weight-loss drugs. It increases insulin secretion, slows the movements of the stomach, and suppresses the appetite centers in the brain by acting like human glucagon-like peptide-1.

On the other hand, Contrave is used to reduce the weight of the body in chronic obesity. It is basically a combination of two drugs:

Naltrexone is an opioid inhibitor and is used as an antidote to opioid overdose and to treat people who are addicted to opioids.

Bupropion is an atypical antidepressant. Contrave is prescribed by the doctor along with a low-calorie diet and increased exercise. The dose of this drug is fixed and is given to adults.

Obesity is a worldwide problem nowadays. It is associated with multiple medical problems and hence treating obesity may solve most of the problems.

Multiple drugs are used to overcome the weight of the body. Then come the intragastric balloons, which are still evolving procedures.

Ozempic is a drug that has dual functions as it is used as an antidiabetic drug as well as it reduces the weight of the body as well. While Contrave is given to patients with chronic obesity.

Ozempic vs Contrave for weight loss: Which Drug is more effective?

All three formulations have been associated with significant weight loss.

Rybelsus (Oral Semaglutide) has been associated with a weight loss of about 8.1 pounds or 3.67 kgs in diabetic patients.

Ozempic is associated with significant weight loss of about 13 pounds or 5.89 kgs in diabetic patients.

Wegovy is associated with a significant weight loss of about 12.5 kgs or 27.6 pounds in obese individuals.

Compared to Semaglutide, Contrave is used less often for obesity management. However, for concomitant depression, it might be better as it is going to treat depression as well as obesity.

At least, it is not associated with weight gain, unlike most antidepressant drugs.

In clinical trials, Contrave was associated with significant weight loss of about 3.2 kgs or 7 pounds.

In Summary, when comparing the weight loss effects of Ozempic Vs Contrave, all three formulations of Semaglutide are more effective as weight loss drugs compared to Contrave.

Ozempic vs Contrave: Which drug is safer?

Ozempic is a very safe drug. Apart from pancreatitis, it is rarely associated with significant side effects.

Common side effects of Ozempic are gastrointestinal related with nausea, vomiting, diarrhea, constipation, and abdominal fullness being the most common.

Ozempic use is contraindicated in patients with a history of medullary thyroid cancer. The incidence of MTC is very low and it has been reported with all the GLP-1 classes of medicines.

Contrave on the other hand carries a “Black Box Warning“. It is associated with an increased risk of suicidal ideation and thoughts.

It also has significant drug-drug interactions, especially with blood-pressure-lowering and cardiac medications.

In clinical trials, about 24% of the participants had to discontinue Contrave because of the side effects. The most common side effects reported were nausea, headache, and vomiting [Ref]

In summary, Contrave is associated with significant side effects compared to Ozempic.

Participants who discontinued the treatment because of side effects of Contrave and Semaglutide are given in the table below:

It is clear that Contrave is difficult to tolerate and is associated with more side effects compared to Ozempic or any other brand of Semaglutide.

Contrave Vs Ozempic: Which is more costly?

Here Contrave wins! but at the cost of more side effects and being less effective.

The average cost of each of the FDA-approved weight-loss drugs is summarized in the table below:

The average monthly cost of Ozempic and Rybelsus are also in the ranges of $600 USD to $850 USD. Compared to Contrave, Ozempic is three to five times more costly.

A general comparison of Ozempic vs Contrave is given below. Until now we know, that Ozempic and all the related brands are more effective and safer but more costly compared to Contrave.

Mechanism of action of Ozempic for weight loss

GLP-1 is an important hormone that delays the gastric emptying of food into the intestine. Ozempic typically is a GLP-1 agonist which means it increases the effects of GLP-1 by slowing down the contents of the stomach in the intestine.

When this happens, your stomach remains full for a more extended period of time and does not feel hungry readily. So the intake of food is reduced and weight gain is also declined.

It also releases insulin which metabolizes the sugar in your body. In addition to this, there is a hormone that releases sugar from the liver and is inhibited by it.

However, most obesity specialists now believe that the appetite suppressant effect and the reduced cravings for foods with a high glycemic index are probably because of the central effects of Ozempic rather than just because of delayed gastric emptying.

The maximum weight loss can be observed only after 20 weeks. Although Ozempic and the other brands of Semaglutide suppress your hunger and cravings for foods, if a meal plan containing low calories and a regular exercise schedule is not followed, weight loss may not be significant.

Side effects of Ozempic

Some of the common side effects that appear are:

How to administer Ozempic?

It is present in injectable form and is given subcutaneously in the abdomen or upper arm or thigh. The first dose for diabetes is 0.25 mg but for weight loss, 2.4 mg is usually given.

With the recent approval of high-dose Ozempic (2 mg), there is little difference in the dose of Wegovy and the maximum dose of Ozempic.

Contrave is an anorexiant drug that is used to decrease the weight of the body by decreasing the appetite of a person.

Typically it consists of bupropion and naltrexone, both of these are drugs of different classes. Naltrexone is an opioid antagonist that blocks the effects of opioid-like drugs i.e heroin.

Bupropion belongs to the class of antidepressants that are used to elevate the mood, remove sadness, or quit smoking. Both of these classes collectively help to reduce the weight of a person by depressing the appetite.

Mechanism of action of Contrave

Contrave works by inhibiting the hunger center in the hypothalamus. Naltrexone, which is an antagonist, blocks opioid receptor effects which result in a decreased craving for alcohol-like drugs.

On the other hand, bupropion increases the concentration of dopamine in the synaptic cleft by inhibiting the dopamine reuptake transporter. Both of these drugs reduce hunger and help to become slim and smart.

Contrave has no effect on the rate of metabolism but it enhances dopamine which diminishes hunger and the person eats less than usual.

When will you notice weight loss with Contrave?

At least 4 weeks are needed to get the result of the Contrave and in some cases, it can take more time to get the maximum results.

But two further pre-requisite things to get maximum and fast outputs are a low-calorie diet and physical activity.

So it is clear from the above-mentioned data that your lifestyle is one of the major aspects to get rid of obesity.

Side effects of Contrave

Because everything has merits as well as demerits, the use of Contrave has the following common side effects:

Other side effects which are not common are as follows:

There are certain conditions in which Contrave should not be used or given. Some of these are described below: 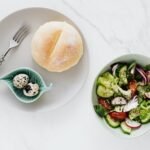