adele before and after weight loss

Wegovy Weight Loss Before and After Pictures of people who have been using the latest FDA-approved weight loss drug are difficult to find on the internet currently.

Since not much time has elapsed since the drug has been approved, it will take some time for people to share their success stories.

Wegovy is a high-dose once-weekly injectable medicine approved for the treatment of obesity with or without comorbid conditions like diabetes.

Compared to Wegovy, Ozempic is now being widely used to treat individuals with diabetes. Ozempic is a low-dose once-weekly Semaglutide indicated for the treatment of diabetes.

Even with the low dose of Semaglutide, and Ozempic, people have observed significant weight loss.

Wegovy Weight Loss Before and After Pictures with Reviews:

The following few pictures of individuals before and after using Wegovy have been taken from the internet.

This female patient was registered in the STEP 2 Trial. She lost 60 lbs at the end of her trial period.

The STEP 2 trial was a double-blinded phase 3 placebo-controlled trial. All participants in the study were obese with a BMI exceeding 27 kg/m² and had concomitant diabetes Type 2.

Participants had glycated hemoglobin ranging from 7 to 10%. Participants in the study lost significant weight loss using Wegovy compared to placebo.

Wegovy Before and After Pictures of another middle-aged female:

Wegovy helped this middle-aged female lose a significant amount of body weight and changed her body shape. She is more active now and more confident.

Along with Wegovy, she also restricted carbs and performed regular exercises. A low-calorie diet is essential for weight loss.

Wegovy helps a person’s cravings for more food and makes a person full, but to get the best results, one should avoid foods with lots of calories, processed foods, fast foods, and beverages.

This female is feeling much better with her new images. She had been struggling to lose weight using pills, weight loss diets, and teas. However, with Wegovy, she has lost significant weight.

Wegovy has been FDA-approved for weight loss. However, it is important to comply with a low-calorie diet and weight loss exercises for the best results.

Wegovy before and after pictures of an Australian woman:

This corresponds to about 12.5 million people. Genes, a Sedentary lifestyle, and a lack of physical activity all can be blamed for the rising obesity rates in Australia.

Wegovy has been found to help obese people lose a significant amount of weight. It helps in reducing food cravings and makes a person feel full all the time.

Semaglutide acts on multiple pathways of our body, however, one of the major roles of GLP-1 and Semaglutide, in particular, is to alter the gut-brain cross talk.

Thus, apart from its direct effects on the gastrointestinal tract, Semaglutide also inhibits the satiety centers in the brain. In addition, it reduces the cravings for high-calorie food items.

Wegovy Before and After Pictures of Ms. Petensuzzo who lost 58 kgs:

Wegovy is associated with an average weight loss of about 16% of the baseline body weight. However, some people lost significant amounts of weight.

She is now much more comfortable wearing size 14 instead of 26. She weighs 79 kgs (174 lbs) now. A weight loss of 58 kgs (128 lbs) has never been achieved with any of the other FDA-approved weight-loss drugs.

One-third of body weight loss has only been seen in patients who have undergone a bariatric surgical procedure (Gastric bypass or sleeve gastrectomy).

However, a minority of people achieve such significant weight loss with Semaglutide. The average weight loss documented with Wegovy is 16% of the body weight.

In addition, the percentage of weight loss depends on multiple factors, including:

The greater the baseline weight, the more likely the person will lose weight.

Concomitant conditions like Osteoarthritis or severe cardiac disease that limit a person’s mobility can hinder the weight loss effects of Semaglutide.

One of the effects of Semaglutide is that it may make people crave less especially for calorie-dense foods. Thus, people with binge-eating disorders may lose significant weight.

Motivation is the key. People who aren’t motivated to lose weight might end up losing just their money.

Wegovy before and after pictures: This lady lost 16 lbs soon after Wegovy treatment was initiated!

This lady lost about 16 pounds soon after initiating Wegovy treatment. She lost 8% of her body weight with Wegovy.

This middle-aged female has been on Wegovy for just two months. She has noticed that the drug started working during the first month. She was 195 lbs before Wegovy. Currently, she is 179 lbs.

She felt nausea and food aversion after the injection, but she was prepared for it. On a lighter note, I think she looks great in her older pics weighing 190 lbs.

After Wegovy, she feels much older than before. Has anyone noticed it? I wonder whether Wegovy speeds up aging or if is it just a temporary thing.

Maybe she gets adjusted to her new skin with time. 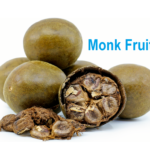