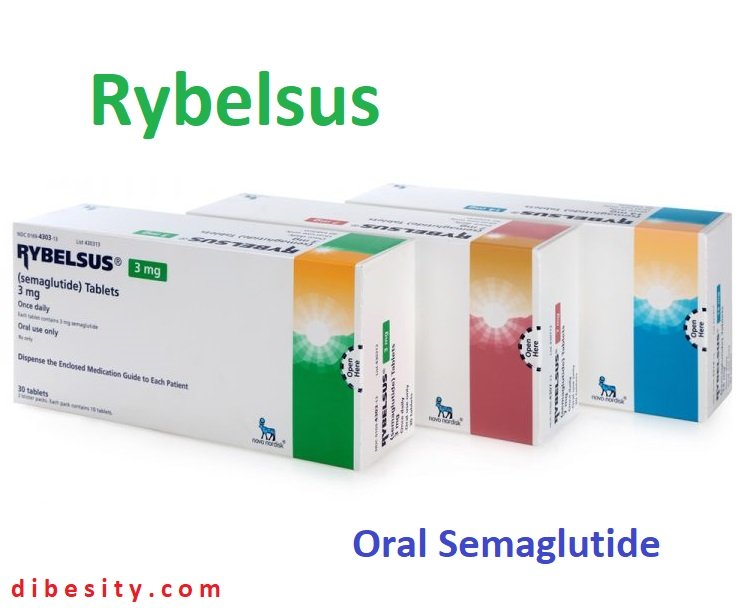 Rybelsus is the oral formulation of Semaglutide. It acts as an incretin mimetic that activates the endogenous GLP-1 receptors in the body. This causes a glucose-dependent release of insulin, lowering blood glucose.

Other incretin mimetics drugs that act via the same mechanism include:

Semaglutide vs Dulaglutide (Rybelsus and Ozempic Vs Trulicity)

Semaglutide is also available in the form of injections as prefilled pen devices. The injectable formulations are named Ozempic and Wegovy.

Both Ozempic and Wegovy are administered as once-a-week subcutaneous injections. Ozempic is used to treat patients with diabetes while Wegovy is approved for the treatment of weight loss.

Rybelsus Vs Wegovy: A Comparison of Weight Loss Effects

Rybelsus is used in the treatment of patients with diabetes. It is used as an adjunct to diet and exercise in patients who are intolerant to metformin or other commonly used diabetes medications.

Rybelsus (Semaglutide) is not indicated as the first line of treatment for diabetes as its use in rodents has been associated with medullary thyroid carcinoma (C-cell tumors of the thyroid gland).

It is also not indicated in patients with Diabetes Mellitus Type 1 and patients who develop diabetic ketoacidosis.

Semaglutide is also not indicated in patients with a history of pancreatitis or secondary diabetes occurring as a result of chronic pancreatitis.

Rybelsus is available in 3 mg, 7 mg, and 14 mg tablet formulations.

3 mg is considered the starting or priming dose. Patients are advised to take 3 mg once daily before breakfast (30 minutes before the first meal of the day) for 30 days.

After 30 days, the dose is increased to 7 mg per day once daily. If the patients’ blood glucose are well controlled, 7 mg is continued as the maintenance dose.

In patients with poorly controlled blood glucose, as measured by SMBG (self-monitoring of blood glucose), the dose is increased to the maximum daily dose of 14 mg per day.

Rybelsus Weight Loss Before and After & Pictures & Reviews

Rybelsus or any formulation of Semaglutide is not indicated for use in children. It is also not indicated in the treatment of diabetes mellitus type 1.

How to administer Rybelsus?

Rybelsus is available in three different doses as 3 mg, 7 mg, and 14 mg tablets.

It is recommended to take the drug 30 minutes before the first meal of the day. The drug should be taken with 4 ounces of water (one glass of water). It should not be administered with other medications or other liquids or beverages.

The drug should not be chewed, crushed, or mixed with other food items. It should be swallowed whole. Waiting for more than 30 minutes can further increase the absorption of the drug, however, the minimum duration to wait is 30 minutes.

How to switch from Rybelsus to Ozempic and Ozempic to Rybelsus?

Patients on 14 mg Rybelsus can switch directly to 0.5 mg Ozempic Injection. Ozempic should be administered 24 hours after the last dose of Rybelsus.

Patients on Ozempic 0.5 mg can be switched to 7 mg or 14 mg of Rybelsus. Rybelsus should be given 7 days after the last dose of Ozempic.

There is no equivalent oral Semaglutide of 1 mg Ozempic (Injection Semaglutide).

How to Switch from Victoza to Ozempic (Liraglutide to Semaglutide)

Rybelsus use in pregnancy and lactation:

It is not indicated for use in pregnancy. It has not been studied in human pregnant diabetic females, however, it has been associated with birth defects in animals.

Blood glucose should be managed using other preferred diabetes medications during pregnancy such as insulin. Uncontrolled blood glucose may also cause fetal harm.

Semaglutide is also not indicated in breastfeeding mothers.

Semaglutide including Rybelsus should be stopped at least two months prior to a planned pregnancy. It takes about two months for the drug to clear from the human body.

Rybelsus use in patients with kidney disease:

The manufacturer does not recommend any dose adjustment of Rybelsus in patients with kidney disease.

The safety and efficacy of the drug was not altered in patients with renal dysfunction including ESRD (end-stage renal disease).

Rybelsus use in patients with liver disease:

If the drug is taken in doses that exceed the recommended dose, patients should be monitored for at least one week after overdosage.

During the week, patients should be given supportive treatment in the form of hydration, antacids, and prokinetics.

No clinically significant drug-drug interactions exist. However, a few drugs need to be mentioned here:

Rybelsus Contraindications: Who should not use Rybelsus:

Like all other medicines, any person who is allergic to Rybelsus, Semaglutide, or any of the formulations of the drug should not use it.

Severe allergic reactions manifesting as anaphylaxis and angioedema have been observed in patients treated with Semaglutide.

If a person develops any symptoms or signs suggestive of allergic reactions or anaphylaxis, treatment should be immediately discontinued.

Patients with severe reactions should be immediately started on intravenous fluids, anti-allergic medicines, corticosteroids, and epinephrine if required as in patients with profound shock and angioedema.

Patients who have had an allergic reaction to any formulation of Semaglutide should not be re-challenged with the same drug or Ryebelsus.

Medullary thyroid cancer has been seen in animals treated with Semaglutide. All patients should be warned before treatment initiation of the theoretical possibility of MTC.

Medullary thyroid cancer has been observed in animal studies, however, its association in humans has not been determined.

Patients should still be asked to report any symptoms suggestive of neck swelling, enlarged thyroid gland or lymph nodes in the neck, and weight loss.

Patients may undergo an ultrasound of the neck and serum calcitonin levels if indicated.

MEN II syndrome is a condition in which patients have two or more of the following cancers:

Rybelsus and other formulations of Semaglutide including Ozempic and Wegovy are commonly associated with gastrointestinal-related side effects.

Most patients in clinical trials reported the following side effects:

In addition to the above very commonly reported side effects, the following side effects were also reported by patients who were given Rybelsus compared to placebo medicine.

These side effects are in addition to hypoglycemia which was also more common in the Rybelsus-treated patients.

Hypoglycemia occurred predominantly in patients who were on concomitant insulin or insulin secretagogues.

Data from real-life patients show that constipation is the most common side effect of Ryeblsus.

High levels of amylase and lipase levels and pancreatitis:

Pancreatitis is a serious adverse effect of Semaglutide. In clinical trials, pancreatitis occurred in 6 patients who were on Rybelsus treatment versus only one case of pancreatitis was reported in patients treated with placebo medicine.

Patients should be investigated for pancreatitis if they develop abdominal pain, especially if the pain is radiating directly to the back, nausea, and vomiting.

Any patient who develops pancreatitis should stop taking Rybelsus. Patients should be treated with intravenous hydration, antibiotics, analgesics, and other supportive treatment.

Rybelsus should not be reinitiated in patients with a history of pancreatitis.

However, among all the GLP-1 analogs, Semaglutide is considered to be strongly associated with an increased incidence of diabetic retinopathy.

Patients with preexisting diabetic retinopathy should be monitored and evaluated frequently for worsening of the eye disease.

Reports of patients have been documented who developed acute deterioration in the kidney functions.

New-onset renal dysfunction is less common while acute kidney injury in the background of chronic kidney disease is much more common.

Patients may develop acute deterioration in renal function as a result of dehydration, nausea, vomiting, and diarrhea associated with Ryeblsus.

Direct drug-induced kidney injury is very rare but can occur.

An increased incidence of gallstones:

In clinical trials, patients treated with Rybelsus had an increase in the mean heart rate compared to those who were treated with placebo medicine.

Monitoring parameters while on Rybelsus:

All patients who are initiated on Rybelsus treatment for diabetes should be monitored for the following clinical and laboratory parameters:

Rybelsus acts by activating the GLP-1 receptors. These receptors stimulate insulin secretion and inhibit the production of glucagon. Both these actions are carried out in a glucose-dependent manner.

Rybelsus also acts by inhibiting the motility of the stomach. This is reflected by early satiety and the feeling of fullness immediately after taking a meal.

Rybelsus action on the stomach is one mechanism that is responsible for the weight loss effects of the drug. However, delayed gastric emptying is also responsible for most of the gastrointestinal side effects associated with drug use.

Mechanism of action of Semaglutide

What is Rybelsus? Side effects, Drug Interactions, & Concerns

Each tablet of Rybelsus costs:

You can buy Rybelsus at a minimum of USD 10 per month if you have got insurance. 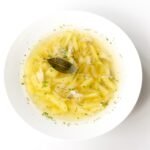 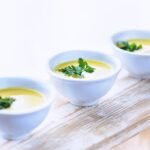