Weight gain is a side effect of most antidepressant medications especially when the drug is taken for a prolonged period of time.

The newer antidepressant drugs are not strongly linked with weight gain. Here we discuss whether, Sertraline (Zoloft) cause weight gain or not.

Studies have compared fluoxetine (Prozac) with Sertraline (Zoloft). Sertraline causes modest degree of weight gain compared to Prozac when taken over a period of two years or more.

The association of weight gain with most antidepressant medicines is now well known. Weight gain is usually a consequence of the imbalance between calories intake and energy expenditure.

People gain weight by consuming lots of calories, consuming foods that have a high glycemic index, doing minimal exercise, or a combination of these.

Certain patients have underlying medical condition that can slow the body metabolic rate such as hypothyroidism.

Other conditions that can cause weight gain include polycystic ovarian syndrome and Cushing’s syndrome.

Sertraline does not reduce the body’s metabolic rate. It neither has any effect on thyroid function.

However, it is thought to increase the urge to eat and may sometimes alter the body’s craving for foods that have a high glycemic index.

Sertraline and other antidepressants can cause you to feel less satisfied when you eat.

This could lead to you eating larger meals and taking fewer steps to reduce your calorie intake. A lack of exercise in these individuals can make the problem worse.

Another theory is that sertraline (Zoloft) or other antidepressants could cause weight gain by reversing the weight loss experienced when people are depressed.

Depression can lead to a decrease in appetite. You may gain weight with sertraline if you have lost weight due to depression.

Once you start treatment with sertraline or another antidepressant, your appetite will return and you will start gaining weight.

Fluid retention can also be caused by the possibility that sertraline or other SSRIs could block hormones controlling sodium and fluid levels in your body.

Experts are still not sure why weight gain is a side effect of antidepressants like sertraline.

Which other antidepressants cause weight gain?

Research has also shown that certain antidepressants such as Citalopram (Celexa) can cause significant weight gain and cravings for carbohydrates.

Weight gain is less likely with fluoxetine and serotonin modulators. Bupropion is believed to cause weight loss and is even FDA-approved for the treatment of obese individuals.

Escitalopram causes a weight gain of 0.34 kgs (0.75 lbs) over a period of six months of therapy.

Paroxetine causes the most weight gain. It causes a weight gain of about 8 kgs. Similarly, Fluvoxamine causes a mild degree of weight gain (up t0 3.6%). Duloxetine (Cymbalta) and Vortioxetine (Brintellix) cause minimal weight gain.

Simply put, weight gain is a common side effect of both SSRIs as well as other antidepressants. It’s not an isolated side effect that occurs only with sertraline.

Some antidepressants can cause weight loss

Researchers compared bupropion to a placebo in a 2001 study in Obesity Research. This was done in order to determine its effectiveness as a treatment of obesity.

The study participants who took bupropion experienced greater weight loss than those who took the placebo.

Women who took eight weeks of bupropion lose an average of 6.2% of their body weight. This compares to a loss of 1.6% for women who took a placebo.

According to a review published in Pharmacological Research, bupropion could have an effect on brain regions that control food cravings and other aspects that influence body weight.

How to Avoid Weight Gain from Sertraline (Zoloft)?

Although some sertraline-related weight gain is inevitable, there are steps you can take to reduce the weight gained.

Before you begin, weigh yourself and know your weight. It will be easier to track any weight changes that occur while taking sertraline.

For the best reading, weigh yourself every week or on weekends before and after breakfast. Fluctuations in weight during the daytime are normal.

You may notice a little weight gain in the evenings which is normal and should not make you worry.

Keep your regular eating habits. Sertraline can affect your appetite and make you feel less satisfied with food.

Keep active. If you are currently exercising, you should continue doing so. Exercise is good for controlling your weight and can help with anxiety and depression.

In case you start gaining significant weight, talk to your doctor as he might check on your hormonal profile and advise you to change your diet, increasing your activity, or switch you to another antidepressant medicine.

It is also important to notify your healthcare provider if you notice a significant weight loss. This could be again a change in your hormones or it could be indicative of uncontrolled depression.

Although SSRIs such as sertraline are known to cause weight gain, there are ways you can maintain your weight with antidepressants. You can prevent or reduce weight changes by following the above-mentioned strategies. 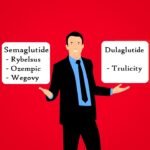