Kayexalate or Sodium Polystyrene Sulfonate is the first potassium binding resin. It was approved by the FDA in 1958 for the treatment of hyperkalemia. For the last more than 50 years, it was the only potassium-binding resin available.

Very recently, newer potassium-binding resins have been approved and marketed. These are:

The latest FDA-approved potassium-binding resins are considered much safer and more effective in treating hyperkalemia than Kayexalate.

However, because of its wider availability, Kayexalate is still the most widely used potassium-binding resin.

Kayexalate powder is indicated for the treatment of hyperkalemia. It inhibits the absorption of potassium that is present in the intestine.

Therefore, it may take days to lower the total body potassium. Hence, it should not be used to treat hyperkalemic emergencies or life-threatening hyperkalemia

Rather, it is used as a maintenance treatment of hyperkalemia once the patient is stable.

Drugs that may be used to treat life-threatening hyperkalemia include:

It is available as a powder formulation and can be administered via the oral route or the rectal route. The dose of Sodium Polystyrene Sulfonate depends on the severity of hyperkalemia as well as the response to the treatment.

It is also important to note that it should not be administered with oral medications because it may alter the absorption of the drug.

A minimum of three hours time should elapse between the administration of oral drugs and potassium-binding resins. It can be given three hours before or after an oral drug is given.

However, some patients may have slow gastric emptying such as patients with gastroparesis or those using GLP-1 analogs (Semaglutide, Dulaglutide, or Liraglutide) and Tirzepatide (Dual GLP-1 and GIP analogs).

In patients with gastroparesis, it is best to keep a time interval of at least six hours before an oral drug is administered and Kayexalate powder.

What is Ghrelin? How it affects Appetite in Obese Individuals

The dose depends on the severity of hyperkalemia. However, it is usually given in a dose of 15 gms to 60 gms per day in one to four divided doses.

The pharmacy will give you a packet that contains 100 gms or a jar that contains 453.6 gms of the powder. One packet may last two to six days depending on the dose [Ref].

One teaspoon contains about 3.5 gms of powder and 15 mEq of sodium. So you have to give about four teaspoons to administer a dose of 15 gms.

It is best to administer it with oral lactulose, a laxative, or any other liquid or water so that the drug is eliminated rapidly from your body taking away all the potassium with it.

The fluid/ lactulose to Kayexalate ratio should be 3 – 4 ml of the liquid for each 1 gm of the powder. So, to administer 15 gms of Kayexalate, you have to give it in about 45 ml of liquid.

The solution made should be administered within 24 hours in an upright position. The patient should be asked to remain seated fo 15 to 30 minutes after the administration of the drug.

The rectal dose is a bit higher and usually given to those who can not take it orally or can not tolerate it.

The gut is first cleaned with a Kleen enema or any cleansing enema. Then a large size (28 FR) tube is inserted into the rectum for a distance of about 20 cms.

The powder is mixed with about 100 ml of liquid to make an emulsion. It should not be thick in the form of a paste. The powdered emulsion is administered followed by about 50 ml to 100 ml of fluid flush.

The emulsion is held for as long as possible. The more it stays, the more potassium it removes from the body.

Individuals who should avoid using Sodium Polystyrene Sulfonate are those who are allergic to it, have constipation or intestinal obstruction, have active inflammatory bowel disease, and neonates who have reduced gut motility.

Since it lowers the plasma potassium, hypokalemia may occur. In addition, it is not selective for potassium, it may also impair the absorption of other cations like calcium and magnesium.

Patients should be monitored for hypocalcemia, hypomagnesemia, and hypernatremia.

This may cause fluid overload and result in an elevation of the blood pressure. Cardiac patients and those with edematous conditions like liver disease and nephrotic syndrome may be very sensitive to the fluid-retaining properties of Kayexalate.

Aspiration into the airways can result in aspiration pneumonitis and bronchopneumonia. It is therefore recommended to administer it in the sitting or upright position.

Avoid giving it via oral route in patients who are unconscious, have impaired swallowing or gag reflex, and neonates who are at an increased risk of aspiration.

It binds to and impairs the absorption of important and life-saving medications that are administered orally. There should be a gap of three hours at least between Kayexalate and other oral medicines.

Serious side effects of Kayexalate have been mentioned in the contraindications and warnings sections.

Most side effects are related to the gastrointestinal system. These may include:

Other less frequent side effects may include:

These drugs should be separately given at least three hours before and three hours after the resin is given. In patients with gastroparesis, this time interval should be increased to 6 hours.

Lastly, avoid giving Kayexalate (Sodium Polystyrene Sulfonate) with Sorbitol. The co-administration of these two drugs can result in intestinal necrosis.

Kayexalate (Sodium Polystyrene Sulfonate) Use in Pregnancy and Children:

Since Kayexalate (Sodium Polystyrene Sulfonate) does not get absorbed into the systemic circulation, it does not affect the health of the fetus.

However, it may impair the absorption of maternal medications. The underlying condition of the mother should be managed appropriately. The powder should be administered at least three hours after or before the intake of medications by the pregnant woman.

Likewise, it can be used during lactation by the mother. As it does not get absorbed, it does not affect the health of the nursing baby.

Can you give it to children:

Children are at risk of impaction and more gastrointestinal adverse effects. In neonates and young children, it is best to give it via the rectal route to avoid the risk of aspiration.

Kayexalate (Sodium Polystyrene Sulfonate) inhibits the systemic absorption of dietary potassium and potassium that is present inside the lumen of the intestines.

It specifically removes potassium in exchange for Sodium in the colon. The sodium ions present in Sodium Polystyrene Sulfonate are released which are replaced by potassium (exchange resin). When it binds to potassium, less of it is available to get absorbed.

It is roughly estimated that 1 gm of Kayexalate removes 1 mEq of potassium. However, this process is very unpredictable.

The onset of action: It may take hours to days for the Kayexalate to lower the plasma potassium.

It is estimated that in humans, about a third of the sodium in the drug is released that is replaced by potassium.

Absorption: It acts inside the lumen of the intestines and does not get absorbed into the blood.

What should you do if you overdose on Kayexalate?

It may lower the blood positively charged electrolytes like calcium, magnesium, and potassium. Electrolyte imbalance should be corrected and the extra dose of the resin should be removed from the gut by using laxatives. 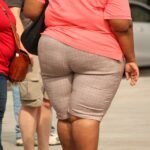 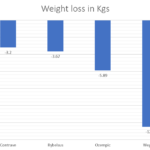