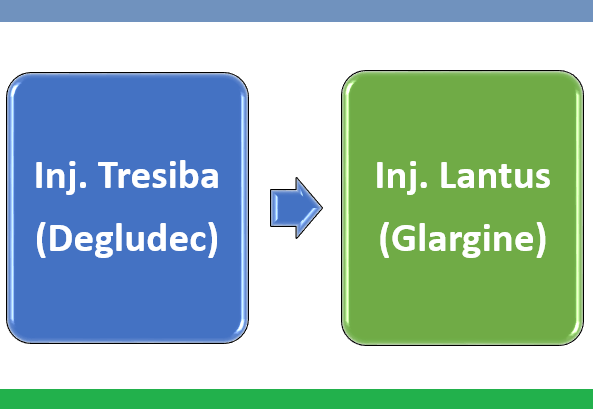 Tresiba to Lantus Conversion guidelines is discussed here. It is a common practice to change from one insulin formulation to another especially when the blood sugars are not controlled.

It is important to keep in mind that these guidelines are meant for the initial dose conversion. Patients and caregivers need to adjust their insulin doses according to their blood glucose levels.

Tresiba or Degludec is a long-acting Insulin with a duration of action of about 36 hours. It is considered to be ultra-long-acting insulin that is administered once daily as basal insulin.

Like all other basal insulins, it is not intended for controlling post-meal blood glucose spikes. It only provides basal coverage that primarily lowers the pre-meals or fasting blood glucose levels.

Tresiba is also available in combination with Insulin Aspart under the brand name Ryzodeg. Ryzodeg is usually administered before the major meal of the day.

Ryzodeg is especially best for individuals who consume one large meal throughout the day and during the holy month of Ramadan.

The insulin Aspart in Ryzodeg covers the post meals glucose spikes while the Degludec provides basal coverage throughout the day.

What is Insulin Glargine?

Insulin glargine is also basal insulin and has a longer duration of action of about 32 hours. It is available in different formulations:

Insulin Lantus is basal insulin, like insulin Tresiba (Degludec), and does not cover the post-meal glucose spikes.

Unlike Insulin Tresiba, it has to be administered at a fixed time of the day. Toujeo Insulin is the concentrated form of Lantus, although it contains the same insulin glargine.

Unlike Insulin Lantus, Toujeo Insulin can be administered with some flexibility in the timing.

When converting from one long-acting basal insulin to another (such as Tresiba to Lantus), some diabetes experts do not recommend dosage adjustment.

This is especially true when switching from glargine to detemir or detemir to glargine.

According to the ADA (American Diabetes Association), Endocrine Society, and JDRF, the following guidelines have been recommended when switching from Tresiba to Lantus, Lantus to Tresiba, or switching from one basal insulin to another basal insulin: 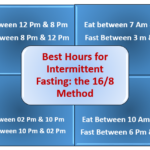