Rybelsus is the newer generation GLP-1 analog. It is the orally available form of Semaglutide that is used to treat patients with Diabetes Mellitus Type 2.

It is associated with significant weight loss, although, it is not approved for treating obesity in non-diabetic individuals.

The other two formulations of this newer generation of Semaglutide are:

Ozempic is the injectable form of Semaglutide that is administered once a week. It has been approved by the FDA for the treatment of patients with T2DM.

Wegovy is a once-a-week injection of Semaglutide that has recently been approved by the FDA for the treatment of individuals who are either obese or overweight with or without T2DM.

It is to be administered as a subcutaneous injection once a week in a dose of 2.4 mg. In clinical trials, Wegovy was associated with a weight loss of about 16% from the baseline at the end of the trial.

What are Januvia and Janumet?

Januvia is the brand name of Sitagliptin. It is also available in combination with metformin as Janumet (Sitagliptin + metformin).

Sitagliptin is one of the commonly used DPP-4 inhibitors. It is indicated for the treatment of type 2 diabetes mellitus.

It can be administered once or twice daily. Januvia is a weight-neutral, euglycemic drug.

Comparing Rybelsus vs Januvia and Janumet:

Mechanism of action of Rybelsus and Januvia:

Rybelsus is oral Semaglutide. It is the newer generation of Semaglutide that is 94% structurally identical to the endogenous Semaglutide.

It has direct and indirect effects on appetite suppression and is therefore associated with marked weight loss.

Januvia is the brand name of Sitagliptin. It is a DPP IV inhibitor that primarily acts by increasing the levels of endogenous GLP-1 levels.

DPP IV or dipeptidyl peptidase-IV enzyme is responsible for degrading the endogenous GLP-1. Thus, in normal individuals, the usual half-life of the endogenous is very brief.

Januvia inhibits the DPP-IV enzyme that is responsible for degrading the endogenous GLP-1, thereby, increasing the half-life of the endogenous GLP-1 resulting in a greater and sustained release of insulin, suppressing glucagon, and inhibiting gastric motility.

Janumet is a combination of Sitagliptin and metformin. The combination pill incorporates the mechanism of metformin as well and thus, Jaunmet also increases insulin sensitivity in the target tissues. It also inhibits glycogenolysis and gluconeogenesis.

Rybelsus acts as incretins while Januvia blocks the enzyme that degrades the incretins. The final outcome of both Rybelsus and Januvia is essentially the same.

Other Similarities and Differences between Rybelsus and Januvia are highlighted in the table below:

Rybelsus and Januvia are both drugs used to treat diabetes. They have not been approved for the treatment of obesity.

However, the injectable formulation of Rybelsus, Wegovy has been approved by the FDA for the treatment of obesity in individuals with or without diabetes.

The Pioneer-IV trial evaluated and compared the weight loss effects of Rybelsus and Januvia.

People who took Rybelsus in a dose of 7 mg daily had 3.69 times greater weight loss compared to Januvia 100 mg daily.

Those who took Rybelsus in a dose of 14 mg daily had a 5 times greater weight loss compared to Januvia 100 mg daily.

Janumet has a weight-neutral effect while Rybelsus resulted in significant weight loss as seen below:

Rybelsus Vs Januvia and Janumet for Diabetes:

The Pioneer-IV Trial compared Rybelsus and Januvia in a head-to-head comparison. Patients had a mean baseline glycated hemoglobin of 8.3% [Ref]. There were three groups of patients:

At the end of 26 weeks study period, Rybelsus reduced the HbA1C by 1% and 1.3% when administered in doses of 7 mg and 14 mg compared to an HbA1C reduction of only 0.8% with Januvia (Sitagliptin).

Rybelsus is a promising new drug added to the list of anti-diabetic medications. Apart from its efficacy in better controlling diabetes, it also has a superior weight-losing effect in diabetic patients when compared with Januvia (Sitagliptin). 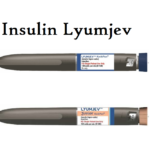 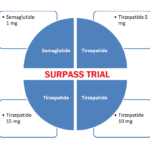