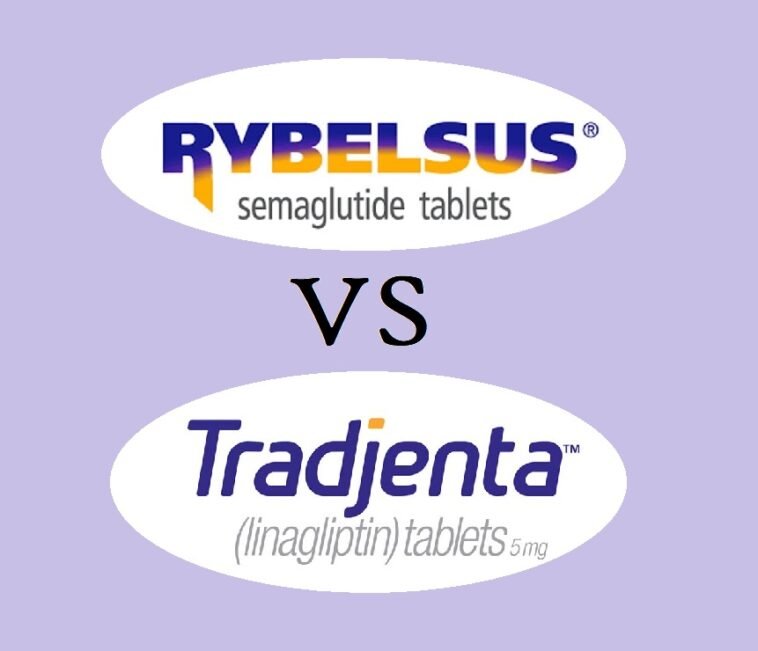 Rybelsus vs Tradjenta is a review and comparison of two novel antidiabetic medications, Semaglutide and Linagliptin.

Semaglutide is a GLP-1 (Glucagon-like peptide-1) analog while Linagliptin is a DPP-IV (dipeptidyl-peptidase-IV) inhibitor.

Linagliptin, like other DPP-IV inhibitors, acts by inhibiting the enzyme that is responsible for degrading the endogenous GLP-1. Thus, in essence, both drugs have the same effects and side effects.

Mechanism of action of Rybelsus vs Tradjenta (Oral Semaglutide Vs Linagliptin):

It is a GLP-1 analog. It reduces blood glucose by the following mechanisms:

Linagliptin is a DPP-IV inhibitor (di-peptidyl-peptidase IV inhibitor). DPP IV are enzymes that inactivate the endogenous incretins (GLP-1 and GIP).

DPP-IV inhibitors including linagliptin inhibit the DPP-IV enzymes resulting in a prolonged half-life of incretins.

Incretins, in turn, causes the release of insulin from pancreatic Beta cells and inhibit the secretion of glucagon from the pancreatic alpha cells in a glucose-dependent manner. It also has other effects of incretins such as post-meal fullness and early satiety.

Strengths and formulations available of Rybelsus Vs Tradjenta:

Linagliptin is available under the brand name Tradjenta. It is available as 5 mg tablets administered once daily.

Linagliptin is available in combination with:

Rybelsus is available as oral tablets. It is given in a dose of 3 mg once daily. The dose may be increased at monthly intervals to 7 mg and 14 mg if the target blood glucose or glycated hemoglobin is not achieved. The maximum daily dose should not exceed 14 mg.

Duration and onset of action of Rybelsus vs Tradjenta (Oral Semaglutide Vs Linagliptin):

How to administer Rybelsus and Linagliptin?

Safety in Pregnancy and lactation:

Both Rybelsus and linagliptin should be avoided during pregnancy and by breastfeeding mothers.

Semaglutide should be preferably stopped at least two months before a planned pregnancy.

Safety in kidney and liver diseases:

Linagliptin is the only DPP-IV inhibitor that is considered to be safe in patients with renal impairment. It does not cause hypoglycemia and 80% of the drug is excreted via feces.

Rybelsus has not been studied in patients with renal or hepatic impairment.

However, it has been associated with acute kidney injury and should be avoided in patients with advanced renal or hepatic impairment or those with unstable liver or hepatic functions.

Although not directly compared, the blood-glucose-lowering effect of Rybelsus is superior to Linagliptin. In the Pioneer-2 Trial, patients in the Semaglutide group had a 1.3% reduction in HbA1C at the end of the trial.

In contrast to Semaglutide, linagliptin decreased the glycated hemoglobin by only 0.43% in a multi-centered trial [Ref].

Rybelsus has been directly compared in clinical trials with sitagliptin but not with Linagliptin.

Semaglutide is a novel medicine. The injectable weekly formulation (Wegovy) has been approved as weight-loss medicine.

The oral tablet formulation, Rybelsus, has also been found in clinical trials to cause significant weight loss.

It has a similar weight-losing effect as Jardiance. It was found to cause a weight loss of 8.1 pounds at 26 weeks [Ref].

Linagliptin, on the other hand, is considered weight-neutral. In a randomized double-blind placebo-controlled trial, linagliptin did not cause significant weight loss compared to placebo after 24 weeks of treatment (0.4 kgs vs 0.5 kgs).

Sitagliptin, another DPP-IV inhibitor was directly compared with oral Semaglutide (Oral Rybelsus) in the Pioneer-3 trial.

Weight loss comparison of Rybelsus in a dose of 7 mg and 14 mg compared to 100 mg Sitagliptin.

Cardiac Safety of Rybelsus vs Tradjenta (Oral Semaglutide Vs Linagliptin):

Both Semaglutide and Linagliptin have been found non-inferior to placebo in terms of cardiac safety.

Rybelsus and Linagliptin have not been compared directly, however, one meta-analysis compared Semaglutide to other comparator antidiabetic drugs. It was concluded that both drugs have similar cardiac effects [Ref].

Rybelsus is superior to linagliptin in terms of efficacy (glycemic control).

It also causes greater weight loss compared to Tradjenta, however, both have similar cardiac safety profiles. Linagliptin is a better option in patients with renal impairment. 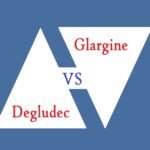 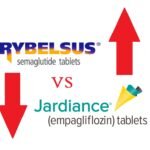