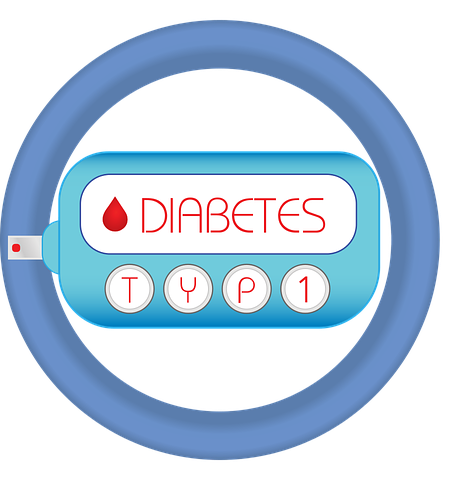 Latent Autoimmune Diabetes in Adults (LADA), also known as type 1.5 diabetes, is a condition that has combined effects of both type 1 and type 2 diabetes mellitus.

The World Health Organization updated its classification of diabetes in 2019 and acknowledged LADA. It was included in the hybrid forms of diabetes and was defined as “slowly evolving immune-mediated diabetes mellitus”. [Ref]

LADA is an autoimmune disease like type 1 diabetes but its onset is in adulthood more like type 2 diabetes. The autoimmune character of this type of diabetes makes it difficult to manage and once you have it, it cannot be reversed.

In LADA, the destruction of the beta cells is much faster than in the other types of diabetes. According to studies, approximately 10% of people with diabetes have type 1.5 (LADA) diabetes [Ref]

LADA can be difficult to diagnose because of its similar elements to type 1 and type 2 diabetes, which makes it even more difficult to manage.

It is not currently recognized as a distinct type of diabetes, but there is some medical research being conducted to determine what distinguishes it from type 1 and type 2 diabetes.

How is Latent Autoimmune Diabetes Diagnosed?

Diagnosis is the most crucial step to initiating a proper treatment plan. A common indication of LADA is that it appears later than the onset of type 1 diabetes (in early childhood) and before the onset of type 2 diabetes (mostly after 40 years of age).

A GADA antibody test (Glutamic acid decarboxylase antibody) is recommended to detect the presence of antibodies. Other antibodies may also be positive such as islet cell antibodies.

However, even with these criteria, LADA is often misdiagnosed and treated as type 2 diabetes because the patients present with mild episodes of hyperglycemia.

It is only later that it is known that the sugar levels can not be controlled through medication and exogenous insulin is needed.

The symptoms of LADA diabetes appear slower as compared to the other types of diabetes. This gradual appearance often makes the disease go unnoticed at the initial stages.

However, the symptoms start to appear clearly after the disease has progressed.

If not treated on time, these symptoms might progress to diabetic ketoacidosis, resulting in a rise of ketones in the blood to a toxic level.

LADA can be caused due to several factors such as

LADA can be caused due to genetic factors. The HLA genes are responsible for coding the major histocompatibility agents (MHC).

The MHC performs major immunoregulatory factors and any mutation in the HLA gene can cause dysregulated immunity.

Studies suggest that the genetic causes of LADA are more similar to those of type 1 diabetes compared to type 2 diabetes. [Ref]

Although its autoimmune nature strongly relates it to type 1 diabetes, some lifestyle factors also link it with type 2 diabetes.

Some of these lifestyle factors include:

According to studies, people with LADA diabetes have a higher BMI as compared to those with type 1 diabetes.

Being overweight and obese combined with a family history of diabetes is associated with a higher risk of LADA. [Ref]

Another study suggests that autoimmunity in LADA can be accelerated by obesity-related inflammation. [Ref]

LADA is a type of diabetes that combines elements of both types. You’ll typically begin with oral medication, usually metformin, and progress to insulin as your blood sugar levels rise. You tend to need insulin much sooner than you would if you had type 2 diabetes.

According to studies, medications such as sulfonylureas often cause a rapid progression toward the destruction of beta cells however early initiation of insulin therapy is shown to preserve the beta cell function in LADA patients. [Ref]

However, there is no definite, agreed-upon method of managing LADA at this time. And it is still difficult to determine the best time to begin insulin therapy as well as the best insulin therapy regimen for patients with LADA.

Most healthcare professionals agree that the goal of treatment is to keep insulin production going for as long as possible. As a result, it is advised that insulin treatment begin as soon as possible.

Here are some advantages and disadvantages of various treatments for LADA:

Novel anti-diabetic therapy in the treatment of Latent Autoimmune Diabetes:

The two commonly used diabetes medications (SGLT2 inhibitors and GLP-1 agonists) have been studied in small case series of patients with LADA Diabetes.

SGLT2 Inhibitors for the treatment of Latent Autoimmune Diabetes:

SGLT-2 inhibitors are a novel class of medicines that are increasingly being used to treat individuals with Type 2 Diabetes especially those with heart failure.

Dapagliflozin (Farxiga) was temporarily approved to treat Type 1 diabetic children who were obese and had a lower risk of DKA (diabetic ketoacidosis).

Since the use of SGLT-2 inhibitors may increase the risk of DKA, patients with LADA diabetes are also at risk.

Case series of patients who were using empagliflozin, dapagliflozin, and canagliflozin and developed DKA have been published [Ref].

A 56 year of age patient who was labeled to have Type 2 diabetes, Hashimoto’s thyroiditis, and morbid obesity developed DKA following treatment with empagliflozin. The patient was investigated and found to have strongly positive GADA antibodies and was then labeled LADA Diabetes.

Another 60 years of age developed DKA when treatment with Empagliflozin was initiated. The patient was investigated and found to have positive islet cell antibodies and was then labeled LADA Diabetes.

Another 60 years of age female patient developed DKA with Dapagliflozin.

To conclude, because of the risks of DKA, SGLT2 inhibitors are not good options for treating LADA Diabetes. However, in selected patients at low risk of DKA, they may be used off-label to treat LADA Diabetes.

GLP-1 agonists for the treatment of Latent Autoimmune Diabetes:

In the Award 2, 4, and 5 Trials, Dulaglutide was effective in lowering the A1C [Ref]. It reduced the A1C in both GADA-positive (LADA Diabetes) and GADA-negative diabetic individuals. Although there was greater A1C reduction noted in GADA-negative diabetics, the results were compared statistically.

In other studies, Exenatide and Liraglutide were studied in patients with LADA Diabetes, however, the results were not rewarding.

Liraglutide and Exenatide did not significantly improve the A1C in patients with LADA Diabetes, particularly those who had baseline fasting C-peptide levels below the normal range.

To conclude, data is limited and variable results have been observed when GLP-1 agonists were used to treating LADA Diabetes. However, in individuals with some pancreatic reserves as measured by fasting C-peptide levels, they may be tried.

In addition to their glucose-lowering effects, these drugs may also be used to enhance weight loss efforts as well.

DPP-IV inhibitors for the treatment of Latent Autoimmune Diabetes:

Similar to GLP-1 agonists, DPP-IV inhibitors like Vildagliptin and Sitagliptin may be used to treat LADA diabetes if the fasting C-peptide levels are normal.

When the pancreatic reserves decline because of the autoimmune destruction of pancreatic Beta cells, as measured by the C-peptide levels, the use of DPP-IV inhibitors becomes limited.

This is most likely due to vitamin D’s role as an immunomodulator, with the added benefit of protecting islet cells. [Ref]