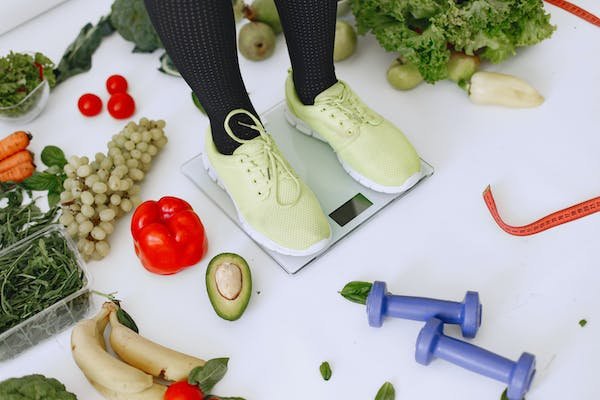 Dapagliflozin (Farxiga) is a drug approved for the treatment of Type 2 Diabetes. Like other SGLT2 inhibitors, it is associated with weight loss. However, it is neither approved for weight loss, nor it is recommended for use in non-diabetics.

Let’s see how much weight can a person lose with Dapagliflozin (Farxiga) if he/she has:

What is Dapagliflozin (Farxiga)?

Use in Type 2 Diabetes:

Dapagliflozin is used to treat type 2 diabetes, along with a healthy diet and exercise. It prevents glucose absorption in the kidneys (blood sugar). This helps to lower blood sugar levels.

Dapagliflozin use in Type 1 Diabetes:

Dapagliflozin got FDA approval initially for the treatment of obese patients with Type 1 Diabetes, but this indication has been withdrawn recently.

In individuals with type 2 diabetes, cardiovascular illness (heart or blood vessel disease), or numerous cardiovascular risk factors, dapagliflozin is also used to reduce the risk of hospitalization for heart failure.

Patients with heart failure and low ejection fraction can also use this medication to lessen their risk of cardiovascular death and hospitalization.

Dapagliflozin for Weight Loss in Diabetics:

Dapagliflozin’s glycosuria effect has been linked to a caloric deficit ranging from 80 to 340 kcal/day. This is the main reason why Dapagliflozin use is associated with weight loss.

The number of calories lost as a result of Dapagliflozin use may be associated with a weight loss ranging from 0.64 pounds to 2.72 pounds per month.

Dapagliflozin (Farxiga) is also used to treat heart failure patients regardless of their diabetes status.

Dapaglifozin for weight loss in Non-Diabetics:

When used in non-diabetics, and especially in patients with heart failure, it may have a greater weight loss effect in the beginning because of the volume loss associated with its use.

However, in the long term, it may have little or no effect on body weight. This is because, in diabetics, there is significant glucosuria with Dapagliflozin (Forxiga).

In normal non-diabetic individuals, the daily glucose filtered by the kidney is about 180 gm. Out of which, 90% (162) is absorbed back by the kidneys in the proximal tubules [Ref].

Dapagliflozin (Farxiga) inhibits about 30 – 50% of this 162 gm from getting absorbed. The glucose that may get excreted is about 50 gm daily. 50 gm glucose is equivalent to a 200 Calorie deficit.

Dapagliflozin lowers blood glucose levels by inhibiting the SGLT2 protein in the kidney’s proximal tubule, causing glucose and calories to be excreted in the urine [Ref].

As shown in several clinical trials, dapagliflozin-associated weight loss is caused by a negative energy balance.

Dapagliflozin increases urinary glucose excretion; this weight loss could be due to

Changes in body fat percentage were significantly correlated with changes in body weight. From baseline to month six, both treatments resulted in modest but non-significant decreases in soft lean mass and skeletal muscle mass [Ref].

Other research has found that dapagliflozin is just as effective as metformin for weight loss.

Metformin is used as an off-label medicine by overweight and obese people with Insulin resistance. From the above studies, it is clear that Dapagliflozin (Farxiga) is associated with greater weight loss compared to Metformin.

Side effects of Dapagliflozin [Ref]

You could have dehydration from this medicine. Damage to the kidneys could result from this. To avoid becoming dehydrated, consume plenty of water.

If you are having trouble staying hydrated or are losing fluid, speak with your doctor or pharmacist straight immediately (such as due to vomiting, diarrhea, or heavy sweating).

As soon as you have any dehydration-related symptoms, such as decreased urination, unusually dry mouth or thirst, a rapid heartbeat, or fainting or dizziness, you should notify your doctor.

These common side effects of dapagliflozin affect more than one out of every 100 people. They are usually mild and short-lived.

To minimize these symptoms and side effects of Dapagliflozin, you should take enough water, not hold urine, and pee frequently especially if there is an urge.

You should also check your blood glucose and try to adjust your dose so as to minimize the symptoms of hyperglycemia.

Other serious side effects of Dapagliflozin (Farxiga) include: