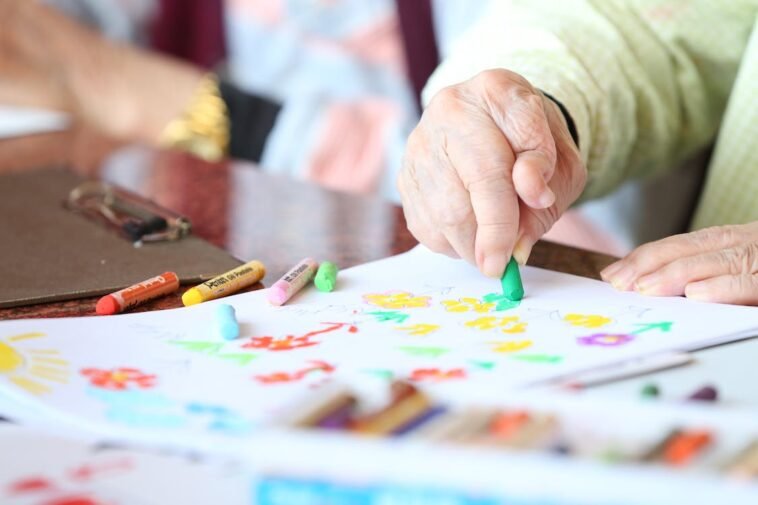 Autoimmune diseases associated with type 1 diabetes may be classified into two types:

In one study the relative frequencies of these autoimmune conditions associated with diabetes were mentioned [Ref]. These frequencies are tabulated below:

An autoimmune illness is one in which the body’s immune system mistakenly targets its own tissue for external intruders.

For instance, if you have Type 1, your body unintentionally destroys the (beta) cells that produce insulin.

Although we are aware that genetics have a crucial impact, the specific cause of co-occurring autoimmune diseases is unknown.

The frequencies of other non-endocrine autoimmune diseases associated with diabetes are given in the table below [Ref].

Since it is very typical for another auto-immune disease to be triggered in people with type 1 diabetes mellitus, it is important to know the signs and symptoms of co-occurring disorders.

People with Type 1 diabetes are somewhat more likely than non-diabetics to get pernicious anemia which is an autoimmune disease to some extent.

An autoimmune reaction on the parietal cells of the stomach is the primary cause of pernicious anemia.

Normally, the parietal cells produce an intrinsic factor protein that aids in the body’s absorption of vitamin B12.

When the immune system kills the parietal cells, they are unable to produce intrinsic factors, which prevents the body from effectively absorbing vitamin B12.

Red blood cells that are deficient in vitamin B12 are prevented from growing correctly and grow overly big, making it difficult for them to exit the bone marrow.

According to research, pernicious anemia is a common anomaly found in type 1 diabetic adults but rarely found in children. In such individuals, the level of vitamin B12 was reduced along with the presence of antibodies for anti-intrinsic factors. [Ref]

Cardiomegaly, arrhythmias (rapid or irregular heartbeats), and even heart failure (when the heart fails to pump enough ) can result from this.

Additionally, it can make heart attacks and strokes more likely. Diarrhea, appetite loss, and weariness are some signs.

The term autoimmune gastritis is used to describe both Type A Gastritis and Autoimmune Metaplastic Atrophic Gastritis.

Gastritis is an autoimmune disease that affects an estimated 6% to 10% of patients with Type 1 diabetes, which increases their chance of developing it by 3-5 times compared to the general population. Compared to men, women and the elderly are more likely to experience it.

This condition results from the attack on the healthy cells of the GIT by the immune system which results in the deterioration of the stomach.

Because the accidentally produced antibody attaches to a particular cell in the top two-thirds of the stomach, it causes symptoms there.

The parietal cells cease being able to efficiently create the hydrochloric acid that they should. The result is an anemic state, vitamin B12 deficiency, and ultimately pernicious anemia in persons with gastritis due to malabsorption of vitB12.

A doctor’s diagnosis of autoimmune gastritis may be influenced by a variety of variables. By examining your iron and vitamin B12 levels, your doctor will want to request blood tests to ascertain whether you are anemic.

They might also want to do an endoscopy or a gastric biopsy to see if the stomach is harmed by an autoimmune assault.

A very uncommon condition, vitiligo affects between 0.1% and 0.2% of the world’s population. People with Type 1 diabetes are more likely to acquire vitiligo than people without Type 1 since both conditions are regarded to be autoimmune diseases.

The immune system attacks melanocytes, skin cells that produce melanin. Melanin is the pigment that gives skin its color and offers UV protection.

Thus, people who have vitiligo have patches of skin that are noticeably lighter than the surrounding skin.

These lighter skin patches disperse in a haphazard manner and might take weeks, months, or even years. Additionally, melanocytes are located in the retina of the eye and mucous membranes.

Despite the fact that there are several treatment options to restore skin tone, there is no curative therapy for the immunological reaction that causes vitiligo.

Only 1% of the general population has celiac disease, making it a very uncommon autoimmune disease relating to diabetes. [Ref]

Having type 1 diabetes, however, tenfold increases your chance of developing celiac disease. Therefore, it’s critical to be aware of the symptoms of celiac disease if you have type 1.

Additionally, celiac disease can manifest at any stage of life, so simply because you tested negative on one test doesn’t indicate you are safe from it.

When gluten is consumed, celiac disease, an autoimmune genetic condition rather than a food allergy, damages the small intestine and prevents nutrients from being absorbed.

When a person with celiac disease consumes gluten, it damages the lining of the gut and the body essentially turns against itself. Gluten is present in barley, rye, and wheat.

After receiving a celiac diagnosis, the first thing to do is to think about scheduling a consultation with a nutritionist who can assist you in adapting your current diabetic meal plan to match your new needs.

The most prevalent autoimmune disease linked to type 1 diabetes is autoimmune thyroid disease which manifests in 17 to 30% of all diagnosed cases. Hashimoto’s disease makes up the bulk of this percentage.

Another thyroid disorder named Grave’s disease makes up 2% to 4% of autoimmune diseases associated with T1DM.

Whether you have hyperthyroidism or not will determine how you should be treated for Hashimoto’s thyroiditis. If you haven’t, the doctor will probably decide to keep you under observation.

Medicines like beta blockers and antithyroid medications are being used frequently as therapeutic strategies for Graves’ disease.

Antithyroid medications act by lowering the quantity of thyroid hormone produced by the thyroid gland. Beta-blockers target the symptoms of hyperthyroidism only.

There are over 100 distinct kinds of arthritis and associated disorders. Rheumatoid arthritis is the most prevalent type of autoimmune arthritis.

However, there are several other forms of arthritis that can exist which include psoriatic arthritis, etc. When the immune system misidentifies the body’s tissues that border the joints, as occurs in rheumatoid arthritis, the body’s swelling of the joints becomes painful.

Like T1DM, autoimmune arthritis is brought on by autoimmune attacks as suggested by the name. Since both conditions are autoimmune, they end up being risk factors for each other.

Almost 47% of adults with either T1DM or T2DM have some form of arthritis. Research has emphasized the association that T1DM and rheumatoid arthritis hold with each other. [Ref]

The manifestations of rheumatoid arthritis can be similar to other disorders due to this the diagnosis can be delayed. Nevertheless, if an early diagnosis is made then anti-rheumatic drugs can help with reducing the symptoms.

The combination of Addison’s disease with Type 1 diabetes is the defining characteristic of Schmidt syndrome. It is also known as autoimmune polyglandular syndrome type II (APS II).

It often affects persons between the ages of 30 and 50, and both men and women are equally affected.

Addison’s Disease is an autoimmune disease where your adrenal glands are not capable of producing enough cortisol or aldosterone.

These hormones have a crucial role in many biological functions. These include managing blood sugar, regulating metabolism, promoting tissue growth, regulating mood, managing stress, and assisting in blood pressure regulation.

Prescription hormones are often used to treat Addison’s disease. These prescription medications must often be taken twice a day.

The myelin sheath, which protects the nerve cells in your brain and spinal cord, is mistakenly targeted by the body’s defense systems in MS.

This attack damages the nerve tissue, which causes the onset of MS symptoms and indications. Genetics and environmental causes may both contribute to this autoimmune disease, even if its precise etiology is yet unclear.

Despite the fact that there isn’t a single symptom or test that can conclusively determine whether you have MS, doctors utilize a variety of tests and symptoms to make the diagnosis.