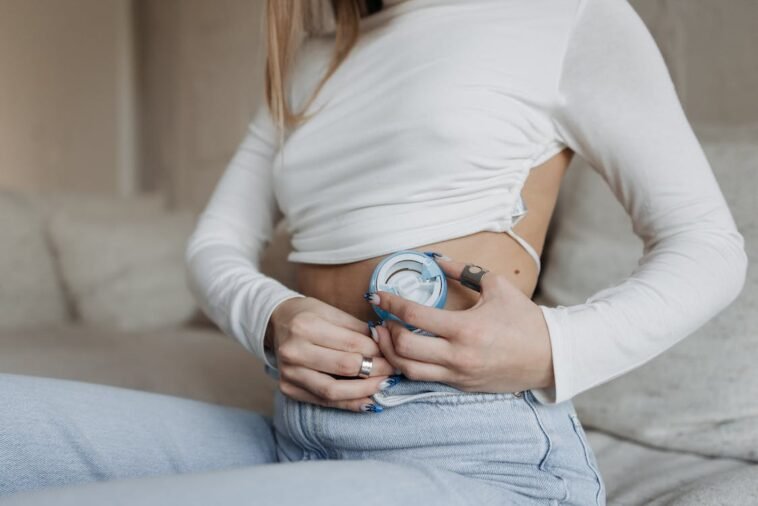 Diabetes Type 1 Treatment Without Insulin? Apart from islet cell transplantation, a few of the drugs that have been mentioned here have been tried in type 1 diabetic patients in combination with insulin.

So, if you are a type 1 diabetic, do not think of stopping insulin. Maybe after a decade or so, novel therapies are invented that can get you relief from injecting insulin. But for now, you can not survive without insulin if you have type 1 diabetes.

Why Insulin is essential if you have Type 1 Diabetes?

Type 1 diabetes is an autoimmune illness marked by the loss of pancreatic cells, which causes an absolute or relative insulin deficiency. A type 1 diabetic individual can not survive without insulin.

For now, if you have type 1 diabetes, focus on controlling your blood glucose with insulin to prevent long-term complications.

It has been demonstrated that strict glycemic management lowers the incidence of both micro and macro-vascular problems.

However, despite advancements in technology and improvements in the formulation of quick and long-acting insulin analogs, many people still have inadequate glycemic control.

In addition, to uncontrolled diabetes, a higher percentage of patients develop complications. Insulin is also associated with weight gain and hypoglycemia.

Individualized clinical treatment is required due to the high percentage of Type 1 diabetics who do not meet their glycemic targets.

Insulin is an essential component of diabetes type 1 treatment. However, it is associated with weight gain and hypoglycemia.

Researchers have been trying to identify drugs that can be used in individuals with type 1 diabetes. These drugs are mentioned below:

These drugs are discussed here but it is again emphasized that insulin is the backbone of type 1 diabetes treatment. Hence, one should never think of stopping insulin at any point with or without using these drugs.

Since the development of insulin, pramlintide has been the first non-insulin treatment option for Type 1 diabetics.

Pramlintide is an analog of amylin. In response to food and glucose intake, pancreas cells release amylin together with insulin.

It has complementary effects on glucose regulation to those of insulin, reducing stomach emptying and reducing postprandial glucagon production.

At the beginning of treatment, pramlintide increases the likelihood of nausea, vomiting, anorexia, and hypoglycemia.

Glucose is filtered and reabsorbed via the kidneys. A high-capacity, low-affinity sodium-glucose co-transporter (SGLT) 2 allows the convoluted portion of the proximal tubule to reabsorb around 90% of the filtered glucose in the context of normal glucose tolerance.

No glucose is excreted in the urine because the remaining 10% is reabsorbed in the distal segment by the high-affinity, low-capacity SGLT1 transporter.

In persons with Type 1 diabetes, a rise in the renal Tm (transport maximum) for glucose leads to an increase in renal glucose reabsorption, which reduces glycosuria and intensifies hyperglycemia.

This suggests that the increase in SGLT 2 gene expression is partially attributed to hyperglycemia, creating a vicious cycle and contributing to hyperglycemia by a mechanism independent of insulin deficiency.

Of therapeutic interest, correcting hyperglycemia reverses this phenomenon by a decrease in the abnormally increased SGLT 2 gene expression in the tubules.

Studies using the non-selective inhibitor of both SGLT 2 and SGLT 1, phlorizin, showed that inhibiting SGLT 2 was possible and might have some clinical use.

In fact, Forxiga (dapagliflozin) got EMA approval for the treatment of diabetes type 1. However, it was later disapproved because of limited clinical benefits and the risks of euglycemic ketoacidosis [Ref].

Sotagliflozin is a dual SGLT 1 and SGLT 2 inhibitor. The main transporter for the intestinal absorption of galactose and glucose is SGLT 1.

By inhibiting SGLT 1 and SGLT 2, Sotagliflozin decreases renal glucose reabsorption as well as glucose absorption in the gastrointestinal tract.

Participants in trials who took Sotagliflozin 400 mg daily attained an HbA1c level of under 7%.

In conclusion, a greater percentage of adults with Type 1 diabetes intaking Sotagliflozin achieved an HbA1c goal of 7% without experiencing severe hypoglycemia or ketoacidosis.

However, Sotagliflozin is not approved for the treatment of Type 1 diabetes mellitus until today. It should not be used to treat diabetes type 1, especially without insulin.

Each year, about one-third of patients with type 1 diabetes will have a “severe” hypoglycemic episode.

Anyone taking insulin can experience severe hypos, but individuals who have had diabetes for more than 15 years or who are unable to detect low blood sugar are more likely to experience them.

Some patients do not develop the symptoms of hypoglycemia such as palpitations, sweating, and hunger, a problem known as hypoglycemic unawareness.

People with type 1 diabetes who have had two or more serious hypoglycemia episodes over the past two years and who have impaired awareness of hypoglycemia might consider an islet cell transplant.

However, it is not appropriate for those who require a lot of insulin-like those:

It has been demonstrated that islet transplants lower the likelihood of severe hypoglycemia.

In most cases, islet transplants also result in:

Long-term outcomes are favorable and continue to get better.

While islet transplantation is not yet considered to be a treatment for T1DM, it can yield excellent glycemic control stability and HbA1c reduction, giving a growing number of patients extended periods of full independence from insulin.

However, the transfer of insulin-producing cells from a donor that might be able to replace the lost cells occurs during islet cell transplants.

People with type 1 diabetes may be able to avoid needing daily insulin injections.

Although, diet control is not an alternative to insulin treatment without proper diet a person with type 1 diabetes can experience health complications.

There is no established diabetes diet. One can construct meal plans and long-term diets with the assistance of a nutritionist or dietitian.

When you are short of time and money, it is simple to turn to fast food and other processed items.

Foods that are low in nutrition and rich in salt, sugar, and fat must be excluded/avoided.

Additionally, unneeded sugar, carbs, sodium, and fat that might raise blood sugar levels can be reduced by keeping a well-stocked kitchen with wholesome foods.

Consistency is essential in any diabetic diet. To keep blood sugar levels stable meals must not be skipped.

Certain medications have been tried, as adjuncts to insulin therapy in type 1 diabetics, however, the results are not rewarding.

Although novel analogs and biosimilar drugs in the coming future may be of some benefit, they should not be tried without insulin.

Pramlintide, Dapagliflozin (Forxiga), and Sotagliflozin (Zynquista) are the three drugs that have resulted in comparatively better results in type 1 diabetics.

Likewise, islet transplantation may revolutionize the treatment of Type 1 diabetes in near future.