Dupuytren’s contracture is a condition of the hands. It is not a disease but a symptom of an underlying disease. The skin of the hand becomes thicker and harder. In the beginning, the thickened and hardened skin is not visible. It can only be felt with the other hand.

Dupuytren’s contracture is noticed only when the condition progresses and the person develops some functional impairment. At this stage, the patient may not be able to wear gloves, shake hands, or perform tasks that require fine movements such as writing.

Dupuytren’s contracture is not a painful condition

Dupuytren’s contracture is also called “Vikings Disease”. It is pronounced as “du-pwee-TRANZ”. It affects the palmar surface of the hand. The overlying skin is normal in the beginning. As the disease progresses, the skin becomes thicker and harder and can become visible.

Initially, Dupuytren’s contracture is felt as a hardened palmar surface of the hand. Over months and years, the disease progresses, and the skin eventually becomes a thick cord. This pulls the fingers. The patient can not fully extend or open the hand.

Dupuytren’s contracture can cause functional impairment

Commonly, it affects the ring finger and the little finger. However, it can also affect the other fingers too especially the middle and the index finger.

The fascia of the palmar surface of the skin may become so hard that it is difficult for the patient to move the affected fingers.

Dupuytren Contracture commonly affects men who are 50 years of age or older. It is also common if another family member is also affected. Individuals of Northern European descent and alcoholics are commonly affected.

It can be a sign of a serious underlying condition.

The condition has been associated with multiple medical conditions and is often seen by general practitioners, physicians, orthopedic surgeons, and general surgeons.

15 Symptoms and Signs of Diabetes in Men

People who are at a high risk of developing the disease include:

DC is categorized into three different grades based on the degree of hand involvement.

Dupuytren contracture can make certain tasks more difficult. The thumb and index fingers are not usually affected so many people don’t experience any inconvenience or disability when performing fine motor activities like writing. As the disease progresses, however, it can affect your ability to open your hands fully, grasp large objects, or get your hand into tight places. 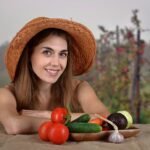