Facial eczema cleared with Dupixent use after 6 months

Does Dupixent Make You Tired? I would rather say, the opposite is true.

Treating these conditions makes you feel more energetic, improves your quality of life, relieves you from the social stigma, and lets you mingle with friends.

Dupixent for Atopic dermatitis and its effect on the quality of life:

Patients with atopic dermatitis (Eczema) commonly have comorbid depression and anxiety. In addition, the use of corticosteroids, frequent topical application of medications, and the use of immunomodulators have also been linked to an increased risk of fatigue.

This is how a patient described his condition who had atopic dermatitis [Ref]:

Dupilumab treatment is associated with a better quality of life, good nighttime sleep, improvement in functionality and productivity, and lesser social stigma [Ref].

After Dupixent treatment, a few patients’ responses are recorded here:

In addition to fatigue or being tired, as a symptom, chronic fatigue syndrome has also been linked with atopic conditions.

In one study, the incidence of CFS (chronic fatigue syndrome) was estimated to be higher in the atopic cohort compared to the non-atopic cohort of patients. The HR (hazard ratio) indicated a 1.48-fold increased risk of CFS in atopic cohort patients [Ref]

Fatigue as a side effect has not been mentioned in the side effect profile of patients who were treated with Dupixent. Contrary to that, Nucala (Mepolizumab) use has been linked with fatigue in patients treated for uncontrolled asthma.

Dupixent Linked with Tiredness or Not? Patients’ Reviews:

As mentioned in the above discussion, Dupixent has not been linked with tiredness and fatigue in clinical trials. It might improve fatigue and tiredness.

However, some patients did notice getting tired easily while being treated with Dupixent. Although tiredness and fatigue are vague symptoms, patients’ concerns can never be disregarded.

“I have been on Dupixent for about a month now and lately I have felt extremely tired all day. I get around 7-8hrs of sleep and eat a fairly healthy diet due to long-term dietary changes from eczema.

I know lethargy should the least of my worries since this drug has cleared my skin tremendously, but I am curious to know if it has impacted anybody else this way”

“I’ve been on it for 3 months now and haven’t noticed anything. I have had some bouts of fatigue but it’s been closely tied to my allergies because of the fall (allergic to leaf mold). I will keep an eye on it though to see if it starts to happen outside of my allergies”

“I’ve been exhausted. The pharmacist said that they’re seeing this in about 1/10 patients”

Been on it for a little over a month, and haven’t noticed any difference. Mind you I’ve been burning the candle at both ends at work, so I’ve been tired from that, but not unusually so.

Being a monoclonal antibody, Dupixent is an extremely specific drug, and side effects are very very rare, and I don’t think lethargy was listed as a side effect in the clinical trials.

Go get checked out by a doc, you might be fighting off a virus or something (tis the season of flus and other nasties).

Glad your skin is doing well, I hope you get your energy back soon.

I’m on week 6 next week, and I am exhausted for about three-four days after my loading dose. I am ready for bed by 2 pm, and work is a struggle.

In addition to this, I’ve had itchy eyes and cold symptoms for 4-6 days after each injection.

Unfortunately, my skin is getting worse, but it’s still early days.

My asthma is very controlled so that’s not an issue. But, in the last couple of months, I find myself very fatigued with flu-like malaise after exertion, and at the end of the day.

Going upstairs I feel older than I am. Again, my lungs are good, it’s more like joint stiffness and feeling low-grade fever (even though I don’t have any) and tiredness.

My breathing is fine. Could this be a strong side effect of Dupixent? I’ve been on it for 6 months.

Based on my symptoms I have also thought it could be chronic fatigue or fibromyalgia. But my general dr isn’t sure yet and, I don’t seem to have the level of symptoms that most people with those diseases have. I’ve been athletic my whole life.

Tested negative for Covid twice. So I’m wondering if Dupixent may be playing a role here.

I’ve been trying to decide whether to take Dupixent for some time now. I have moderate eczema but it doesn’t really itch – just hurts and looks bad, but is mainly on parts of my lower body that clothes cover so it’s tolerable in terms of stigma.

I also have reactive airway and rhinosinusitis issues and some sleep apnea. But probably the symptoms that most negatively affect my life are fatigue, low energy, anxiety, being hungry all the time, and generally feeling like I’m not sleeping well and waking up a lot.

I think some of these issues are due to histamine intolerance (there are a number of foods that really trigger my eczema etc).

Has anyone noticed improvements when it comes to other symptoms? My hypothesis is that the inflammation in my body is causing these other things, but I would be sad if I ended up gaining weight and having eye issues and needing to come off, and then having a worsening of my tolerable eczema (it getting itchy) as I’ve read can happen on forums.

A few patients reported fatigue and nausea when they started the treatment. But with time, the fatigue and tiredness went away.

So, we still don’t have a clear answer to the question:

Does Dupixent make you tired?

I would say, fatigue and tiredness are vague symptoms. Try to stick to a healthy diet and since your skin gets clear with Dupixent, now you can go to the GYM without full sleeves, and enjoy the company of your friends and family members.

With time, your fatigue and symptoms of getting tired easily will hopefully go away (unless your pockets get empty or you start having insurance issues which will definitely drain your energy). 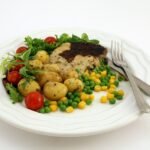 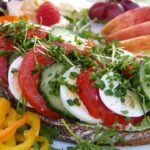