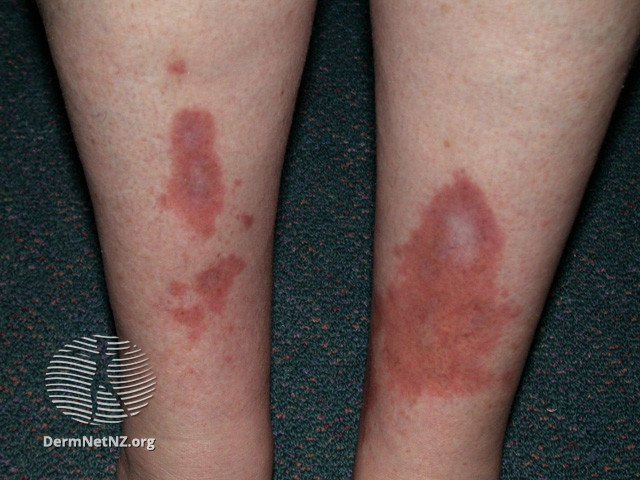 Diabetic Skin Lesions can range from a rash that may not be even noticed by the patient to severe blistering skin disease that may be life-threatening.

Often, these rashes get infected and may change their appearances from vesicular (clear fluid-filled blister) to pustular (pus-filled blisters) to an abscess (pocket of pus).

Diabetic dermopathy is a condition that primarily affects people with long-standing diabetes. It occurs as a result of neurovascular disease, infections, and accumulation of glycated end-products.

Other conditions discussed here may be associated with diabetes but are not exclusively found in patients with diabetes.

As hectic and unhealthy the lifestyles of people are and as polluted the environment is there is a bunch of disorders that are more prevalent than the others.

One such condition is diabetes, the incidence of which is quite high, in fact in America 1 in every 10 people had diabetes, and around about 90 to 95% of them have type 2 diabetes mellitus. [Ref]

Now as common as this disease is, there are quite a lot of medical conditions that are associated to it. These range from obesity to infections and whatnot. Any of these disorders can be fatal if they remain untreated. In order to treat them, it is very crucial to learn about them.

But let’s get the basics cleared first.

What Do We Know About Diabetes

Diabetes is one of the most ordinary and prevalent disorders that affect the way your body transforms food into fuel.

Glucose is a type of carbohydrate that your body gets from food and remakes it into energy that is required for the everyday functioning of the body.

When this glucose is not broken down it accumulates in the blood which leads to the discharge of insulin from the pancreas; which decreases the blood glucose level.

A set of known types of diabetes is briefly described here below.

Prediabetes is a condition in which the blood sugar level is above normal but below the diagnosis of diabetes and includes symptoms like cold feet and hands, blurry vision, etc.

Type 1 diabetes is an autoimmune condition in which the body’s own immune system malfunctions and mistakes its own cells as foreign pathogens and destroys them. These cells called beta cells, perform the task of making insulin.

Type 2 diabetes involves the inability of your body to use insulin properly and it is largely a diet-related issue that develops later in life usually.

Gestational diabetes refers to diabetes during pregnancy. This typically develops during the second trimester in overweight women and affects fetal growth.

Due to the way diabetes impairs the immune system, a person becomes susceptible to a number of diseases including some major skin diseases which are given here.

The chances of a diabetic developing dry or itchy skin are pretty high. The reasons behind this rash can be poor blood circulation and dehydration.

People with diabetes are usually feeling excessive thirst because their kidneys are working overtime to remove the extra glucose from their bloodstream.

Self Management and Physical Therapy for Lymphedema

In case of diabetes rash, the skin has small bumps which are like pimples, and with time this turns into swollen skin patches that can be painful to touch. Such swollen patches are yellowish, brownish, or reddish.

This skin condition is the most common one among diabetics. It affects almost 50% of diabetics. In this condition, pigmented patches are present on the lower legs, also known as shin spots.

This can be due to the alterations in the small blood vessels present in the legs which leads to some leakage of blood material into the skin area.

Such spots can occur in the forearm, legs, thighs, or lateral and medial sides of feet. These patches are round or oval-shaped and scaly in appearance.

This condition does not call for any sort of medical treatment apart from having good control over your blood sugar level. Nevertheless, keeping it moisturized can help.

Diabetic Cheiroarthropathy is one of the diabetic skin lesions that often go unnoticed. It is characterized by tightening of the skin of palms and soles.

Patients develop thickened, tight, waxy, stiff, and yellowish discoloration of the skin. It may affect the overlying joints and result in restriction of movements around the joint.

Some patients may develop localized diabetic cheiroarthropathy over the palmar surface that may manifest as Dupuytren’s contracture.

It is believed to occur as a result of glucose and protein interactions in the skin and the accumulation of glycated end-products.

Patients with diabetes who use insulin are at a greater risk of developing a foot ulcer as well as diabetics who suffer from any sort of kidney, heart, or eye disease.

Weight can play a good role in the progression and development of a foot ulcer as it is more common among overweight diabetics.

Owing to some trauma to the skin, numbness in the foot region, irritation, poor blood circulation, foot deformities or poorly controlled blood sugar level an ulcer can form at the bottom of the foot.

Treatment includes preventing the incidence of any infection, removing the dead skin around the ulcer and most importantly managing the blood sugar level.

Diabetic neuropathy causes the loss of skin sensations and patients who develop skin ulcerations only notice them when the disease is quite advanced.

Similarly, diabetic patients with the peripheral arterial disease have impaired blood supply. This causes poor wound healing. When an ulcer develops, the lesion takes more time to heal than in patients without vascular disease.

Cellulitis of the lower limbs is one of the most common diabetes-related complications. It manifests as redness, swelling, pain, raised temperature, and tightening of the skin.

The disease may be missed in the early phase and may be mistaken as deep vein thrombosis in the later stages. Sometimes, patients develop DVT in addition to cellulitis.

Mainly caused by elevated levels of insulin present in the case of insulin resistance which is typically found in obese and overweight individuals.

Appearance-wise, the patient has dark pigmented skin patches which look velvety in texture. Mostly, the skin around the neck, armpits, and groin area are affected but areas like knuckles, knees, and elbows can also be affected.

It can be treated by managing the underlying cause like diabetes or losing weight. Metformin should be part of the treatment regimen in patients with diabetes. Newer therapies like Semaglutide (Ozempic and Rybelsus) may be tried as well.

Loss of skin pigment in random regions on the surface of the skin is vitiligo. The melanin-producing cells called melanocytes are lost and this results in discolored patches.

The association between both type 1 and type 2 diabetes and vitiligo has been confirmed by a study. [Ref]

A typical disorder that induces inflammation on the skin where it is itchy or inside the mouth where it is burning or sore. It appears as purplish flat bumps on the skin.

It can occur due to some medicines that are used to treat diabetes. There is not much you can do to prevent but it can be managed by avoiding any injury and scratching the area.

A study that evaluated the risk of oral lichen planus in diabetes mellitus found that there was a strong association between the two. [Ref]

Commonly occurs in people who have an elevated blood lipid or fat profile and poorly controlled diabetes. Small bumps that are yellowish red in color appear on the skin.

Diabetics do not have proper insulin functioning in their body which leads to the accumulation of fat as it cannot be broken down. This leads to eruptive xanthomatosis.

According to a study, eruptive xanthomatosis can be an initial and early sign of hypertriglyceridemia and poorly controlled diabetes mellitus. [Ref]

Xanthelasma is the deposition of cholesterol over or around the eyelids. It is commonly found in diabetics who are obese and have concomitant metabolic syndrome.

People with xanthelasma usually have raised blood cholesterol levels and are at risk of developing cardiovascular diseases.

Lipid-lowering medicines usually do not help in the resolution of these lesions. Cosmetic laser therapies or electric cautery might cure these lesions. However, recurrence is common.

Impetigo is the yellow crusted lesions around the angle of the mouth. It is more common in children with or without diabetes.

It commonly follows after cold sores (herpes simplex infection) when the lesions get infected. It is not a manifestation of diabetes but is common in patients with diabetes.

An athlete’s foot or Tinea Pedis is a fungal infection of the skin between the toes. It affects people who sweat a lot, those who wear shoes for a longer time (especially with wet socks), and immunocompromised individuals.

Since diabetics are immunocompromised, they are more prone to develop athletes’ foot and other fungal infections.

15 Symptoms and Signs of Diabetes in Men 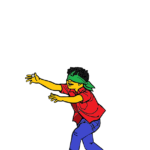