PCOS (polycystic ovarian syndrome) is commonly found in females with type 2 diabetes mellitus. In Type 1 Diabetes Mellitus, females are usually lean and often do not have concomitant metabolic syndrome.

However, this is not always true. Compared to the general population, females with type 1 diabetes are more likely to have PCOS.

PCOS is a common multifaceted endocrine disorder in women of reproductive age. It is caused by a combination of factors but one of the common factors is hyperinsulinemia and insulin resistance. That is why PCOS is greatly linked to type 1 and type 2 diabetes.

How is PCOS linked to type 1 Diabetes?

PCOS has a great link to diabetes because the hormone insulin has a direct impact on the theca cells that are present in the ovaries. It increases androgen production in response to the luteinizing hormone.

This results in exogenous systemic hyperinsulinism. Exogenous hyperinsulinemia may contribute to androgen excess in predisposed women, resulting in PCOS, as it does in insulin-resistance syndromes.

Both endogenous and exogenous hyperinsulinemia as seen in type 1 diabetes, cause increased androgen production.

Despite a great link between them, there are no such recommendations for screening.

Prevalence of PCOS in women with type 1 diabetes

Menstrual dysfunction in women with type 1 diabetes has received increased attention since the early 1950s.

Recent small studies have found an increased prevalence of PCOS and hyperandrogenism in type 1 diabetes patients, but the actual link between these disorders is still not known entirely. [Ref]

Symptoms of PCOS in women with Diabetes

Although the clinical manifestations are the same in the PCOS population with or without type 1 diabetes symptoms often differ among those who have Type 1 Diabetes. Some of these symptoms include

The first treatment considered for such patients is often lifestyle modification and weight loss by exercise and calorie restriction.

Regular exercise is essential for maintaining body health, especially in the fight against obesity. It has also been shown to help with the symptoms of PCOS.

Exercise also helps the body burn off excess blood sugar, and because it aids in weight loss, the cells become more sensitive to insulin.

Some birth control pills may also raise blood glucose levels, which is a problem for diabetics. However, metformin (Glucophage, Glumetza), a first-line diabetes medication, is also used to treat insulin resistance in PCOS

Any Treatment that improves insulin sensitivity results in lower androgen levels in women having PCOS.

Research Findings About the Relation between PCOS and Type 1 Diabetes

Researchers in Spain collected data from 85 women with type 1 diabetes. Out of 85, 33 women had hyperandrogenic disorders and 16 had PCOS. [Ref]

Another study reported that approximately 20% of women with type 1 diabetes have chronic oligo-amenorrhea. [Ref]

A community-based longitudinal study found that excessive weight gain is associated with PCOS in T1D women.

These findings suggest that, unfortunately, T1D follows in the footsteps of T2D; both diseases may be merging, and the distinct clinical signs that once distinguished each type of diabetes may no longer be discernible. [Ref]

Here are some recommendations for better control of both conditions:

After the early identification of PCOS in type 1 diabetes patients, the use of insulin-sensitizing agents and anti-obesity agents may be effective for the treatment of irregular menstruation. Treatment with these agents may be initiated if lifestyle intervention fails.

Metformin, an insulin sensitizer, can decrease insulin dose requirements which may be a better treatment option. However, this may be considered only after consultation with an endocrinologist as metformin use in type 1 diabetes may increase the risk of metabolic acidosis.

Other insulin sensitizers may include the novel GLP-1 analogs, Ozempic and Rybelsus.

Anti-obesity agents which promote weight loss may be beneficial for the treatment of PCOS in females with obesity and T1D.

Women with type 1 diabetes should undergo screening. Early detection and treatment may help in better metabolic and reproductive health. Women at high risk are those who are obese and require higher doses of insulin.

Diet should be monitored in accordance with both conditions with the help of a registered dietitian. 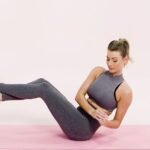 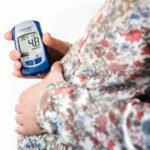