Obesity and Diabetes are considered the mother of all diseases. Among the leading causes of obesity, excessive food intake and a sedentary lifestyle are the two major causes.

Genetic obesity is the most difficult to treat obesity while obesity due to medical conditions needs to be diagnosed to be treated.

Being a global concern, obesity is a compound of disorders but it is essentially caused by an unrestrained and unhealthy consumption of calorie-dense meals with little to no considerable physical activity to burn off the unwanted calories.

The number of obesity cases is growing at a rapid pace. Especially during COVID-19, when people’s lives shifted towards the internet and became a whole more sedentary.

Generally, there is a wide range of factors that are associated with obesity and which may cause it. A list of the main causes of obesity and factors resulting in weight gain is given below.

How does Genetics Affect Obesity?

This is among the most common causes of obesity. Genetics control every single thing in our body. From your skin color to your height, genes influence them all.

More than 15 different genes have been implicated as the causative factors in obesity. MC4R gene (melanocortin 4 receptor gene) is the gene that has been commonly associated with obesity.

A child has a 50% chance of being obese if one parent is obese. If both parents are obese, the chances of obesity in children increase to 80%.

Genes can play their part in how effectively and uniformly fat will be metabolized or stored in your body.

Nonetheless, it is believed that environmental and behavioral factors can play a role in inducing obesity more than genetics.

One of the most dominant causes can be the immoderate intake of junk food. Junk food is rich in added sugars and unhealthy fats and carbs.

Together, all of this contributes to the production and then consumption of a bad diet. Such junk foods are deficient in vitamins and minerals.

Not only obesity but other diseases like hypertension can be aggravated by these unhealthy choices.

Processed foods contain much more than just added sugars or salts. They are detrimental to health as they contain ingredients that can be detrimental if consumed unnecessarily.

They are calorie-dense and lack many essential nutrients. Thus, contributing to weight gain.

Overeating can result in weight gain and obesity:

Everything is better if done in moderation. Therefore, it is healthier to eat a moderately nutrient-dense diet.

Overeating can play a role in causing obesity as eating to a great extent and then being physically inactive is indeed a start to an unhealthy lifestyle.

Even in restaurants, portion sizes are greater than recommended and people may be inclined towards eating a starter or a dessert that is nothing but some tasty yet unwanted calories.

Obese people tend to eat a whole lot more than usual. It is recommended to only consume the required calories and not indulge in additional ones.

Another factor contributing to obesity is eating to gain comfort. People with low self-esteem or constant depression may indulge in comfort eating.

As some studies have found that more often than not, food is consumed for the satisfaction of one’s feelings instead of one’s hunger.

Emotional or comfort eating is not common in childhood, rather it starts in adolescence. Children usually lose their appetite in case food intake is connected with negative emotions.

But as they age, this transitions into comfort eating. This lays the foundation for obesity.

Insulin can make you gain weight!

Insulin is the only anabolic hormone in the body. People with diabetes who are on insulin treatment tend to gain more weight compared to other treatments.

The endogenous production of insulin varies in different individuals. Foods that are readily absorbed result in a blood sugar spike.

The body responds to the spike in blood glucose by producing more insulin. An increase in insulin production over a prolonged period result in weight gain.

Some foods can elevate your blood glucose level which may stimulate the secretion of insulin from the pancreas.

Insulin then promotes the growth of adipocytes because when an excessive amount of glucose has been absorbed in the cells, your body converts it into fat cells and this causes weight gain.

Another leading factor is resistance to leptin. Leptin is a hormone released from the adipocytes present in adipose tissues.

This hormone has a role in regulating food intake by signaling the hypothalamus to decrease appetite.

For this reason, it is also termed a ‘satiety hormone’. Its primary function is to help maintain normal body weight.

It can be because of a high quantity of leptin in their blood which may lead to the development of its resistance. [Ref]

We can connect this one with the effect of insulin on obesity. Basically, sugary foods like beverages, chocolates, and other snacks contain an unhealthy amount of sugar which boosts your blood glucose level. This can result in insulin secretion which will eventually cause weight gain.

In today’s world, there is a great variety of food available. Many items are partially ready-made, so it is convenient to prepare them.

People usually prefer foods that are easily accessible and convenient to cook. Factories produce foods that are designed to taste phenomenal and they always come in various flavors.

Marketing of such snacks is done with an aim of making them look desirable. This attracts people towards eating and overindulging in such items which takes part in weight gain at a rapid rate.

Medical disorders that can result in weight gain:

Just like genes, certain disorders can cause weight gain and eventually obesity. Cushing’s syndrome, Hypothyroidism, and polycystic ovary syndrome (PCOS) are included in such disorders.

Weight gain can be induced by some steroids and antidepressant medications. The role of the microbiome or chemical exposures in weight gain is under study. [Ref]

Frequent weight gain can be a result of a deleterious lifestyle. Obese people usually opt for a diet that lacks fruits or vegetables but has excess junk and processed foods. These snacks can give you a bad number of calories in a small packet.

An inactive and sedentary lifestyle is a prominent factor that contributes to obesifying. Physical activity is required to burn off fat and calories. Being considerably inactive does no good for the body.

A stress hormone called ‘cortisol’ is the culprit here. This hormone is released as a response to stress and it activates your carbohydrates and fat metabolism as well.

This enhances appetite and cravings for snacks full of salt and sugar. Consequently, a gain of undesired pounds occurs.

Among the leading causes of obesity, an inactive lifestyle, overeating, eating read-to-cook meals, and foods rich in refined sugars and carbohydrates are the most common. In addition, obesity can be acquired via genes.

Genetic obesity results from mutations in various genes and can be very difficult to treat. In addition, medical causes of obesity should be looked for if the individual has rapid weight gain or has associated clinical signs and symptoms such as fatigue, hypertension, excessive sleep, dry skin, stria, and weakness. 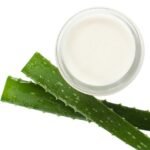 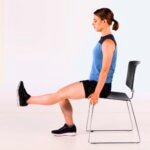