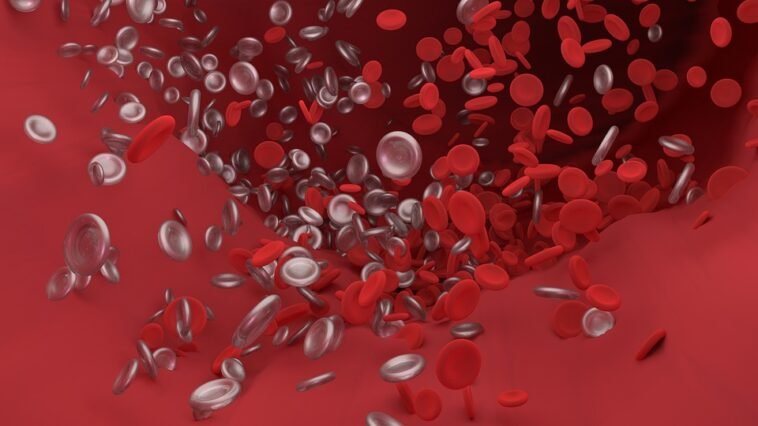 Which is the Best Anticoagulant for Obese Patients? Apixaban or Rivaroxaban?

Obesity is a risk factor for thrombosis. The efficacy of the two commonly used DOACs (direct-acting oral anticoagulant), Apixaban and Rivaroxaban, has been questioned in obese and overweight individuals.

The International Society on Thrombosis and Hemostasis (ISTH) recommends against the use of Direct-acting oral anticoagulants (DOACs) in patients for the treatment or prevention of venous thromboembolism who are obese with a bodyweight of 120 kgs and a BMI of 120 kg/m² or more.

So, which is the best anticoagulant for obese patients? Apixaban or Rivaroxaban?

Before identifying the best anticoagulant for obese patients, it is important to know the major differences between the two anticoagulants:

What are Apixaban and Rivaroxaban Used for?

Apixaban is marketed by Pfizer by the brand name Eliquis. It is a directly-acting oral anticoagulant that has recently been approved by the FDA for the treatment of the following conditions:

How do Apixaban and Rivaroxaban work?

Differences in the Pharmacokinetics of Apixaban vs Rivaroxaban: 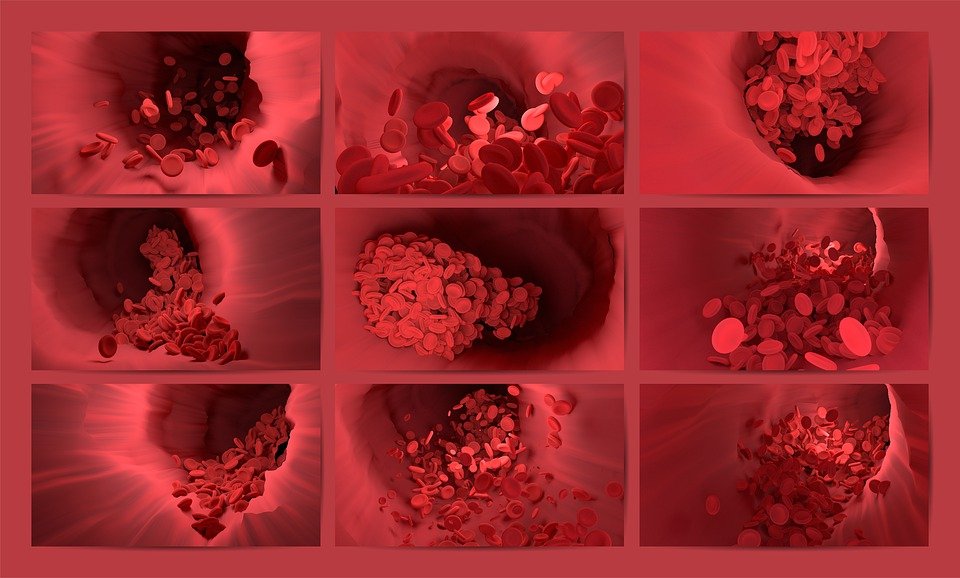 How Obesity (especially morbid obesity) can have an impact on the efficacy of DOACs?

The efficacy of DOACs in obese and morbidly obese individuals has primarily been studied in patients who have atria fibrillation. Although the same mechanisms apply, it is not very clear whether we can generalize the findings or not.

Apixaban Vs Rivaroxaban: A network meta-analysis:

A network meta-analysis was conducted to answer the question of whether apixaban or rivaroxaban was more effective in preventing thromboembolic phenomena in patients with nonvalvular atrial fibrillation. The findings of the meta-analysis are as follows [Ref]: 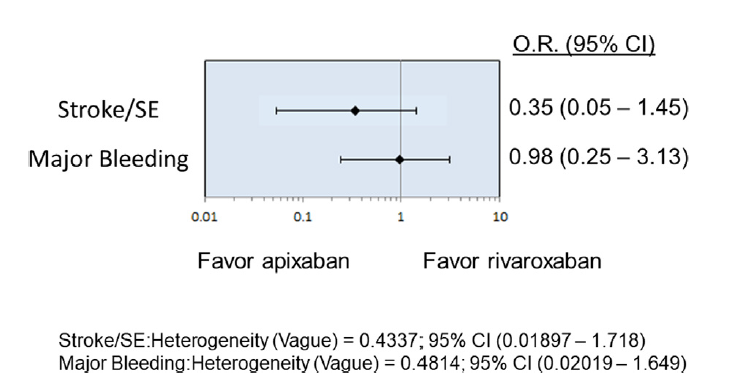 The efficacy of DOACs vs Warfarin:

Apixaban vs Warfarin in obese and morbidly obese patients with venous thromboembolism:

This real-world data of apixaban vs warfarin was presented. The data was extracted from five US healthcare databases.

It was concluded that apixaban was superior to warfarin in obese and morbidly obese individuals who were treated for VTE (venous thromboembolism) as: 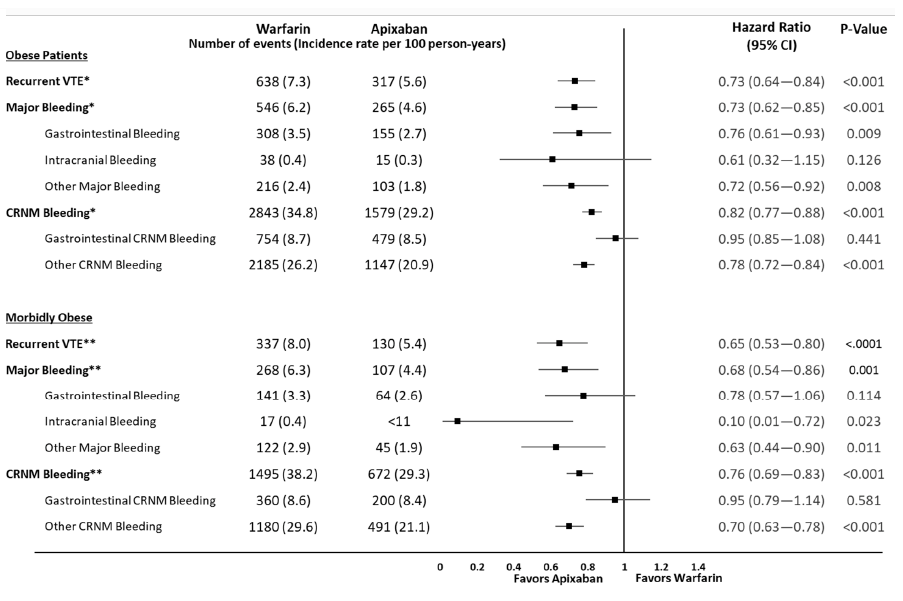 The authors concluded that apixaban provided a safer and effective alternative to warfarin. Apixaban was superior to warfarin in reducing the rates of recurrent venous thromboembolism and the rates of major clinical and major non-clinical bleeding [Ref].

The effect of bariatric surgery on the efficacy of Anticoagulants:

Individuals who undergo bariatric surgery have variable absorption of drugs including anticoagulants. Data is limited and very few studies have assessed the efficacy and drug levels of DOACs in patients undergoing a bariatric procedure.

The ISTH (International Society on thrombosis and hemostasis) recommends parenteral anticoagulant for 28 days following a bariatric procedure. A DOAC (Apixaban or Rivaroxaban) or a VKA such as warfarin may be used after 28 days.

Trough and Peak levels of DOACs may be monitored when initiating treatment to assess the effect of the bariatric surgery on the drug’s absorption [Ref].

Updates from ISTH (International Society on Thrombosis and Hemostasis) April 2021:

The ISTH in 2016 published guidance that recommended against the use of DOACs in patients who were obese or morbidly obese weighing 120 kgs or more and having a BMI of 40 kg/m² or more. It was also stated in the 2016 guidelines that if DOACs are used in such patients, the drug peak and trough levels should be monitored.

Here is a summary of recommendations from the ISTH to select the best anticoagulant for obese patients [Ref]:

Use standard doses regardless of weight

Do not use Dabigatran, Edoxaban, or Betrixaban in Obese patients

Do not measure Drug Levels 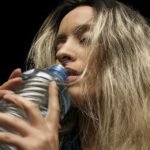 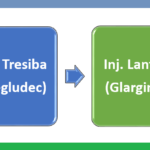