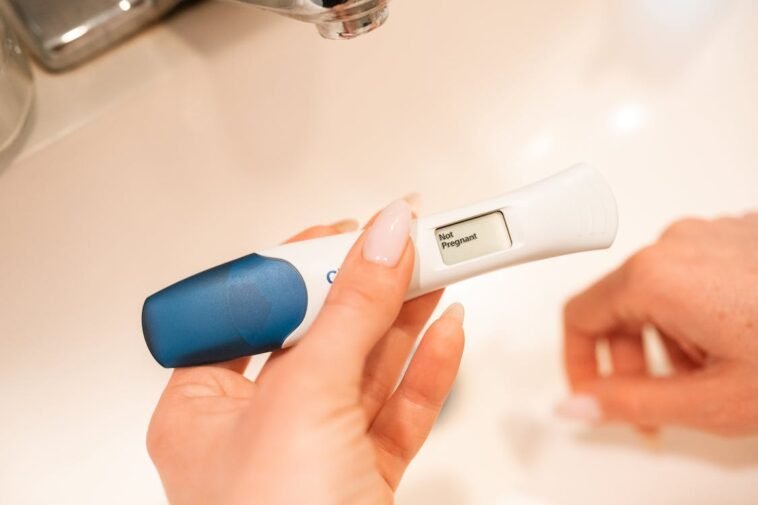 Metformin is commonly used to treat diabetes. Because of its weight loss and insulin-sensitizing effects, it is also used in women with PCOS for ovulation.

PCOS affects 5-10% of premenopausal women. Almost every patient presents with amenorrhea (absence of periods), infertility, and the presence of pale polycystic ovaries.

Infertility is caused by PCOS’s chronic anovulation, hyperandrogenism, and obesity. Metformin is widely used to treat infertility in patients with PCOS.

In this article, we will discuss the use of metformin for restoring ovulation, its dosage, and its comparison with other drugs used to induce ovulation.

How Does Metformin Improve Fertility in Women with PCOS?

Metformin can help women with PCOS who are having difficulty getting pregnant. It lowers insulin levels in the blood. This stimulates ovarian egg release (or ovulation).

This is an important first step in becoming pregnant because there is nothing for sperm to fertilize without an egg.

It also improves insulin sensitivity at the cellular level and appears to directly affect the ovary.

Therefore, insulin-lowering and insulin-sensitizing treatments, such as metformin, improve the symptoms and reproductive outcomes in women with PCOS.

Women with PCOS are more likely to experience pregnancy complications such as gestational diabetes, pre-eclampsia, birth defects, and even miscarriage. Metformin use improves pregnancy outcomes and it is safe to use during pregnancy.

Experts agree that using metformin alone to help people get and stay pregnant is the best option. However, in some cases, healthcare providers may recommend metformin in conjunction with clomiphene to assist people in becoming pregnant.

According to a study, metformin induces ovulation in women with PCOS, it also increases the chance of live birth and is associated with a significant increase in pregnancy rates among women with PCOS. [Ref]

Dosage of Metformin for PCOS and When to Start it?

Metformin for PCOS is usually started at the dose of 500 mg/ day which is then increased to 500mg twice a day.

The effect does not occur right away. Metformin improves ovulation when taken for 60-90 days at least.

Metformin Vs Clomid for PCOS

Clomid, that is also known as Serophene or clomiphene citrate is another medication that is often used alone or in combination with metformin to induce ovulation in women who do not ovulate naturally.

The typical dosage of Clomid is 50mg/day for 5 days. The dosage is increased if the lower dose isn’t effective.

According to a study, the rates of conception, pregnancy, and live births were significant after treatment with clomiphene alone as compared to the use of metformin alone. However, the study reported similar adverse events in both groups. [Ref]

Another study suggests that metformin used in combination with clomiphene improves ovulation and pregnancy rates as compared to clomiphene alone when used in clomiphene-resistant women. [Ref]

It is difficult to provide a success rate for metformin plus Clomid or individual use of each drug in treating PCOS (polycystic ovarian syndrome).

Each case is unique, and factors such as female age, weight or BMI, sperm parameters, and other fertility issues all influence success rates.

But in women that are resistant to Clomid, metformin used alone or in combination with clomiphene has far better results.

Metformin for Ovulation without PCOS

Many women without PCOS still face difficulty in getting pregnant, these include poor responders, women with low oocyte count, older women, and obese women. Metformin has been found to be effective in initiating ovulation in such patients too.

The primary reason behind this is the developing insulin resistance in older age women due to stress, obesity, depression, or a sedentary lifestyle.

Insulin resistance can be harmful even in non-PCOS women because it causes an abnormal rise in cortisol, and catecholamine levels, and stress-coping mechanism dysfunction which makes it difficult for women to conceive.

Low doses of metformin (500 mg) are effective in inducing ovulation among non-PCOS women but further evidence is needed to use it as a first-line treatment.

Here are some reasons why you might be prescribed metformin for treating infertility due to PCOS:

Side Effects of Metformin

Some of the most common side effects of metformin include:

These can be reduced by taking metformin in between meals. These effects are more likely to diminish over time.

Some serious side effects of metformin include liver dysfunction and lactic acidosis.

PCOS may affect the female physique, especially breasts, tummy, and buttocks. Some dietary supplements may be used in addition to hormonal therapy to enhance breast augmentation.