Being a global pandemic, obesity has played its part in increasing the rates of many deadly diseases. Such diseases include cardiovascular disorders, hypertension, diabetes, heart failure, and many more.

One of those many disorders is the disorders of the kidney. In conditions like extreme weight gain and obesity, the pressure on kidneys is immense which leads to many of the abnormal conditions of kidneys including glomerulopathy and kidney stones that may result in chronic kidney disease.

What is Meant by Obesity:

If you combine an abnormally high intake of food, especially fatty foods, with a sedentary lifestyle, you will see a condition called obesity. Obesity has been variably defined based on age and ethnicity. Commonly used definitions incorporate the use of either BMI or waist circumference.

What Do We Know About Kidney Disorders?

A human body consists of a pair of kidneys which are visually like a bean shape, located behind your belly, under your ribs, and at each side of your spine. These bean-shaped organs work primarily to maintain the homeostasis of the body by filtering the blood and excreting the waste products in the form of urine.

By any means, if this normal function of kidneys is disturbed then the body will experience a problem in getting rid of all the wastes and toxins. This abnormality occurs through several of the kidney diseases we know, which include the following.

How Obesity and Kidney Diseases are interlinked?

So, obesity is marked by an increase in body weight which directly puts pressure on the organs inside the body. These organs have to work extra in order to meet the increased demands of the body, with the passage of time such organs become unable to meet these requirements and start malfunctioning.

The same is the case for kidney diseases which can develop in obese people, especially in those who also have hypertension and diabetes.

Obesity can also indirectly cause CKD by leading to diabetes, hypertension, or heart diseases, any of which will eventually lead to CKD.

Chronic kidney disease can lead to end-stage renal disease if left untreated, which will then require a kidney transplant.

Kidney stones are formed inside, either one or both, kidneys owing to an elevated level of specific minerals in the urine. Stones can also form due to increased uric acid excretion by the kidneys or due to repeated infections.

Obesity is linked with insulin resistance the consequence of which is hyperinsulinemia in the body. This condition then leads to calcium stones in the kidneys by causing metabolic derangements. Urate stones can also form in obese individuals because of the high uric acid load that is filtered by the kidneys.

Research has been done on the link between weight gain and the risk of kidney stones, this contained a semi-quantitative questionnaire that included questions regarding the annual consumption of over 130 different foods, nutritional supplementation, etc. The findings of this study supported that weight gain and high body mass index can cause kidney stones, the risk of which is greater in women than in men. [Ref]

Acute kidney disease refers to a rapid decline in renal functionality in the time span of 48 hours. An elevated creatinine level is seen along with a reduction in urine output (and sometimes its absence).

Chronic kidney disease shows a marked decrease in renal function and it has 5 stages. The glomerular filtration rate declines and the kidney’s ability to excrete metabolic waste and toxins also diminishes.

Obesity is in direct relation to causing chronic kidney disease as research has suggested.

According to a study that analyzed the impact of obesity and the development of chronic kidney disease. The findings showed that central and abdominal obesity does cause metabolic syndromes (MetS) which are a prominent risk factor for CKD.

Factors that play a part in enhancing the risk for CKD include profibrotic and proinflammatory impacts of adipokines, insulin resistance, and hemodynamic changes, etc. [Ref]

The end-stage renal disease occurs at the 5th stage of chronic kidney disease. It is marked by a decline in almost all kidney functions resulting in uremia, acidosis, fluid overload, and encephalopathy. The patient requires dialysis or renal replacement therapy.

Obesity has a direct effect on the development of both end-stage renal disorder and chronic disease. [Ref]

How to Treat Kidney Disease Related to Obesity

You can take the following measure to treat kidney diseases. 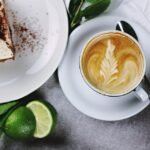 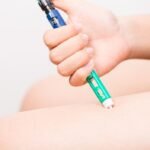