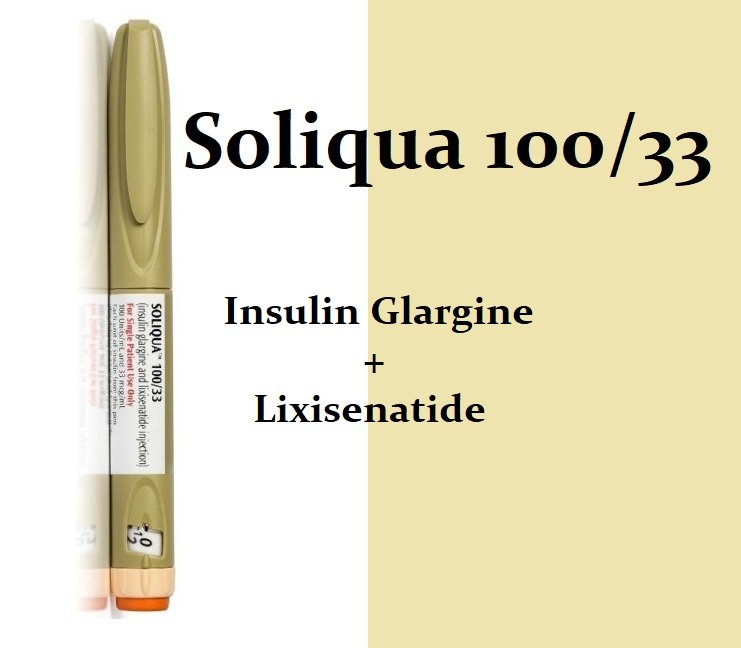 What is Soliqua? Soliqua MOA (Mechanism of action)

Soliqua 100/300 pen contains two very potent diabetes medications, Insulin Glargine and Lixisenatide. It is available as a prefilled pen that contains a combination of these two drugs in a ratio of 3:1.

Insulin Glargine is a Peakless Insulin

What is Lixisenatide? How it lowers blood glucose?

When you should Start Soliqua 100/33 treatment?

Soliqua 100/33 pen contains the commonly used basal insulin, insulin glargine, and the selective GLP-1 agonist, Lixisenatide. Before considering treatment with Soliqua 100/33, it is important to know should avoid using it. The following group of patients should not consider Soliqua 100/33 treatment:

Soliqua 100/33 (Insulin Glargine and Lixisenatide) treatment can be initiated in all patients who have not achieved good glycemic control despite exercise, diet, and one or more anti-diabetic treatments.

It may be especially preferred in patients who are using insulin Glargine Injection and Lixisenatide Injection separately for glycemic control. Soliqua 100/33 treatment avoids an extra needle prick. Patients may be more compliant with Soliqua than with individual treatments.

It is also beneficial in patients who are on insulin glargine and have gained weight or are obese at baseline. Lixisenatide treatment in combination with Glargine does not induce weight.

Patients who are on prior basal insulin treatment 30 to 60 units per day with or without a GLP-1 analog:

What should you do in case you miss Soliqua Dose?

Soliqua Low dose is considered between 15 and 30 units. A low dose is recommended in patients with relatively good glycemic control. These patients are less likely to have adverse drug-related side effects such as nausea, vomiting, postmeal fullness, and pancreatitis.

Low dose Soliqua titration is given in the table below:

Soliqua medium dose is considered when the dose ranges between 31 and 45 units. These patients are either on 30 units or more units of basal insulin before initiating treatment with Soliqua or have a moderately abnormal glycemic record.

These patients may observe some of the side effects of Soliqua such as nausea, vomiting, early satiety, weight loss, and can develop pancreatitis.

Soliqua medium-dose titration table is given below:

A high dose of Soliqua is recommended in patients who have poorly controlled diabetes and those who are already on high doses of basal insulin. Such patients may develop severe adverse drug reactions. The maximum dose of Soliqua should not exceed 60 units.

Soliqua High dose Titration is given below:

Patients who are on a maximum dose of Soliqua and still have poorly controlled Diabetes should be switched to another regimen. These regimens may include: 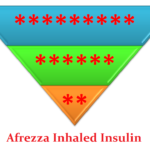