How to use Inhaled Insulin Afrezza?

Afrezza is an inhaled insulin. It is a rapid-acting insulin that is used as bolus insulin before meals or with meals. It is administered via oral inhalation at the beginning of each meal.

It is the fastest-acting insulin. The onset of action of Inhaled Insulin Afrezza is shorter than the rapid and ultra-rapid acting insulins including FiAsp and Insulin Lyumjev.

The onset of action of Inhaled Insulin Afrezza is 15 to 20 minutes more rapid than the rapid-acting insulins (Insulin Lispro, Aspart, and Glulisine).

Inhaled Insulin Afrezza is the fastest-acting insulin and has the shortest duration of action. It is best for people who are prone to develop hypoglycemia such as patients with kidney impairment and liver disease.

It takes a minute for the Inhaled Insulin Afrezza to enter the bloodstream after it is absorbed from the alveolar epithelium. The rapid-acting insulins are present in the bloodstream for 1 to 3 minutes after they are administered subcutaneously.

The efficacy of insulin Afrezza is dependent on the dose administered. It is also important to note that Inhaled insulin does not totally diminish the use of injections.

It has to be administered with basal insulin such as Insulin Glargine (Lantus), Insulin Detemir (Levemir), or Insulin Degludec (Tresiba).

How effective is Inhaled Insulin Afrezza?

It was compared with Insulin Aspart in a 24 weeks trial in patients with T1DM. Patients were divided into two groups.

The results were statistically significant. Afrezza + basal insulin, though, achieved the non-inferiority difference of 0.4%. [Ref]

In patients with T2DM, Inhaled Insulin Afrezza was compared with a Placebo medicine. All patients who had uncontrolled diabetes despite oral antidiabetic treatment were divided into two groups.

At week 24, a greater percentage of patients achieved the target glycated hemoglobin.

How safe is Inhaled Insulin Afrezza?

Inhaled Insulin Afrezza is considered as safe as other insulin formulations. However, lung-related adverse drug reactions are more common in patients who are using inhaled insulin.

The most common adverse event that occurred in patients using Inhaled Insulin Afrezza, as expected, was hypoglycemia.

This is illustrated in the bar charts below:

Cough was the most common side effect in clinical trials. In fact, the most common reason for discontinuation of inhaled Insulin Afrezza was persistent intolerant cough (2.8%).

It was almost five times more common in patients taking another comparator medicine (27% in the Afrezza group vs 5.2% in the active comparator group).

A decline in pulmonary function of 15% or more occurred in 6% of the patients treated with Inhaled Insulin compared to 3% of the comparator-treated group.

In clinical trials, there was a 40 ml decline in the FEV1 that was seen three months after treatment initiation and persisted after 2 years [Ref].

Weight gain is common with all insulins because of their anabolic effects. Weight gain of 0.49 kgs occurred in patients treated with inhaled insulin Afrezza compared to a weight loss of 1.13 kgs in the placebo group.

How to use Afrezza Inhaled Insulin?

Afrezza Inhaled Insulin is administered via oral inhalation. Two types of Cartridges are used. They can be identified by color coding. Blue Colored Cartridge delivers 4 units of insulin while the green-colored cartridge delivers 8 units.

One wrapped packaged foil contains two cards. Each card contains 5 blisters (a total of ten blisters). Each blister cavity contains three cartridges. So a total of 30 cartridges are provided in a single packing.

The Inhaler device is separately packed that can be used for 15 days. The Cartridge is fitted into the inhaler device. The mouthpiece is kept upright. Once the cartridge has been placed, it is important not to shake or tilt the inhaler upside down.

The patient should keep the mouthpiece of the inhaler in the mouth, tilt the head backward, and release the inhaler.

Simultaneously, the patient should breathe in deeply until the cartridge is emptied and then take breaths normally. The cartridge should then be discarded.

Similarly, a patient who opts for inhaled insulin expects to experience some of the benefits of this insulin or at least to avoid the bad experiences with the previous treatment.

The benefits (Advantages) of inhaled insulin Afrezza include:

However, the fear of hazards associated with this insulin is one of the factors that has limited its use in diabetic patients.

The disadvantages of Inhaled Insulin Afrezza include:

Has Afrezza been discontinued?

Insulin Afrezza has never been discontinued. Initially, Pfizer marketed an inhaled insulin by the brand name of “Exubera” which was discontinued after a year because of low sales and the cumbersome inhaler device.

After repeated submission by Mannkind, the Inhaled Insulin Afrezza manufacturers, the FDA finally approved it for the treatment of post meals hyperglycemia.

Afrezza manufacturers have signed an agreement with Sanofi Aventis regarding its distribution. It is likely to be available soon in many countries.

The most common side effects apart from hypoglycemia, reported in clinical trials were cough and pain/ irritation in the throat.

Hypoglycemia was the most common side effect, however, compared with the active comparator drugs, the incidence of hypoglycemia was reduced by 20 – 65%.

In addition, Insulin Afrezza has been issued a “Black Box Warning” regarding its use in pulmonary conditions such as Asthma and COPD.

The FDA had concerns regarding the development of lung cancers in patients using Afrezza. In clinical trials, two heavy smokers developed lung cancers.

The incidence was equivalent to that of the general population. However, the FDA added lung malignancies as a possible adverse event associated with inhaled insulins.

There is no evidence to prove or disprove whether Afrezz Insulin could result in the growth of patients already diagnosed with lung cancer.

Other less common side effects of inhaled insulin include chest pain or discomfort, nasal bleeding, pharyngitis, dry oral cavity, shortness of breath, and an increase in the production of sputum.

Afrezza assist program has been launched by manufacturers and distributors to help diabetic patients who are uninsured or can not afford it.

To enroll in the Afrezza assist program, one has to register via the Mannkind Afrezza site. The program is not totally free. A person opting for the Afrezza Assist program has to pay a minimum of USD 15 per prescription.

Afrezza dosing depends on whether the patient is naive to insulin or has been using insulin previously. All patients who are using Afrezza must be using basal insulin (Insulin Glargine, Levemir, or insulin Degludec).

Insulin Naive patients should start Insulin Afrezza in a dose of 4 units before each meal. Patients can increase their insulin dose by an increment of 4 units if required.

Patients already on prandial or premixed insulin can switch from subcutaneous insulin as per the following guidelines [Ref]:

Afrezza has been rated 6 to 10 stars by patients. A review poll will be generated. Users can rate their experience using the following polls:

Afrezza can be stored in the refrigerator at a temperature of 2 to 8 C (36 to 46F) until the expiry date.

The inhaler and cartridges must be kept for ten minutes at room temperature each time before use. 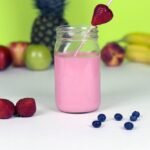