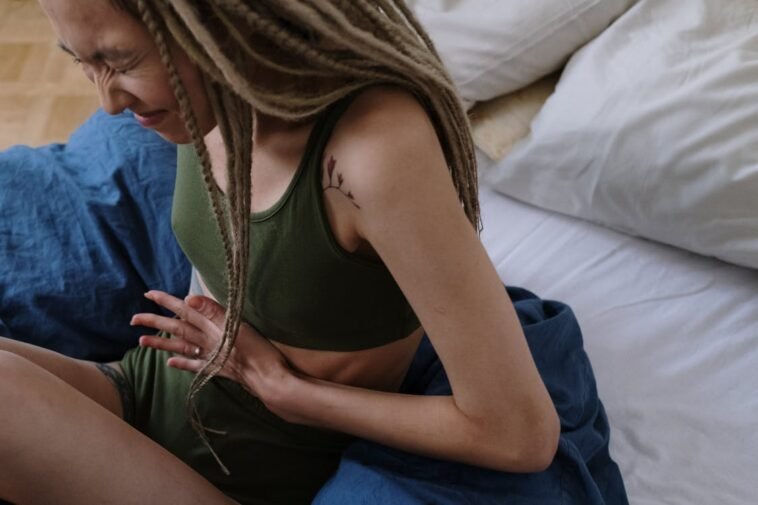 What Size of Ovarian Cyst is Dangerous? Size matters a lot as it exerts pressure on the surrounding structures. This can cause pain. Apart from pain, it may block urine flow, block your intestines, and may bleed.

But when somebody asks: “What Size of Ovarian Cyst is Dangerous?”, most people refer to the malignant or metastatic potential of the cyst.

Size is one of the factors that may make a cyst dangerous in terms of its cancerous potential.

What is an Ovarian Cyst?

The fluid-filled sacs known as ovarian cysts can develop in or on your ovaries. Most benign (noncancerous) ovarian cysts are caused by hormonal fluctuations, pregnancy, or diseases like endometriosis.

A functional or ovulatory cyst, the most typical type of ovarian cyst, is normal. Every month when you ovulate, it grows. They often have no symptoms, aren’t hazardous, and disappear on their own in a few weeks.

The development of other cysts in or on your ovaries is possible in addition to this one. Several other forms are much less frequent than the cysts that appear each month as a result of ovulation.

Different Types of Dangerous Cysts Based on Their Sizes:

Ovarian cysts affect 1 female out of every 10 [Ref]. Ovarian cysts come in a variety of forms, each with its causes and traits. The type of ovarian cyst might also affect the size of the cyst.

Another aspect that may influence whether a cyst requires surgical removal is its size. Surgical resection is usually not advised for ovarian cysts except if their size exceeds 5 to 6 cm (2 to 2.4 inches).

However, this rule is not set in stone. For instance, a straightforward cyst might be allowed to grow until it measures 10 cm (4 inches). Furthermore, malignant cysts can sometimes be excised when they are considerably smaller.

When your menstrual cycle follows its regular course, functional cysts can develop. However, the cyst may occasionally continue to expand. There are two types of functioning cysts, as follows:

The majority of functioning cysts are between 2 and 5 centimeters (cm), or between 3/4 and 2 inches.

Teratomas are an additional name for dermoid cysts. They may include various tissues, including skin, hair, and fat.

Dermoid cysts are typically asymptomatic, but if they get big enough, they can produce symptoms and consequences.

These cysts are a specific kind of ovarian malignancy. They’re typically present from birth and are virtually always benign. During a woman’s reproductive years, dermoid cysts can develop.

These cysts frequently advance slowly, at quite a rate of roughly 1.8 mm (or 0.07 inches) every year.

However, dermoid cysts can grow in size. According to case studies, some dermoid cysts might develop more quickly, at a rate of 8 to 25 mm (0.3 to 1 inch) every year.

Giant dermoid cysts larger than 15 cm (about 6 inches) in diameter have only seldom been documented.

Usually, dermoid cysts are not harmful if left untreated. A dermoid cyst’s potential to rupture and infect the nearby tissue is one of the key causes for concern.

Cystadenomas, which grow outside your ovaries, are benign tumors. They may contain a liquid that is watery or mucus-like.

An ultrasound image of a cystadenoma frequently resembles that of a healthy cyst. A cystadenoma, however, will continue to grow in size while functioning cysts normally disappear after many menstrual cycles.

Cystadenomas can sometimes develop into serious problems. While some can grow up to 30 cm (almost a foot), others can be on the smaller side, growing from 1 to 3 cm (approximately half an inch to 1 inch).

Cystadenomas have the potential to grow large and reposition the ovary. This raises the likelihood of the painful condition known as ovarian torsion. Ovarian torsion may cause a reduction or cessation of blood flow.

Endometriosis causes endometriomas to develop. Endometriosis is a disorder in which the uterine lining cells proliferate outside. This tissue has the potential to create a cyst when it adheres to the ovarian surface.

The percentage of women who develop endometriomas varies between 17 and 44 percent, according to estimates.

Due to the possibility of containing thick, black blood that gives these cysts a brownish hue, they are sometimes referred to as “chocolate cysts.”

Although endometriomas are generally small, they can vary in size, just like other cysts.

Pain from endometriosis, which can occasionally be severe, is common, especially during menstruation. Additionally, fertility issues may arise.

What are the symptoms of an ovarian cyst?

Ovarian cysts frequently show no symptoms. These signs and symptoms can be present when:

Other, less frequent signs and symptoms can be:

Ovarian cyst complications are quite uncommon. A cyst may occasionally rupture, resulting in discomfort or bleeding.

In some situations, the ovary may twist (torsion) around neighboring tissues, potentially cutting off the ovary’s blood supply.

If you suffer any of the following signs, make sure to get help right away:

How are Ovarian Cysts Treated?

Many ovarian cysts disappear on their own, therefore treatment is not always necessary. Because of this, your doctor could advise that you wait it out and watch to see if your cyst disappears after one or two menstrual cycles.

Your doctor might advise taking over-the-counter (OTC) painkillers if you feel pain from an ovarian cyst. Some instances are:

An ovarian cyst may occasionally need to be surgically removed. This might be required if a cyst:

When a cyst is really large or malignancy is detected, however, more invasive surgical surgery may be required.

A hormonal contraceptive may be recommended to you by your doctor if you frequently develop functional cysts.

This medicine won’t decrease an existing cyst, but it can aid in preventing the development of brand-new functioning cysts.

Throughout their lifetimes, the majority of women develop ovarian cysts. Functional ovarian cysts are a common occurrence during the menstrual cycle. These cysts often have no symptoms and disappear in a few weeks.

Other forms of cysts, such as endometriomas, dermoid cysts, and cystadenomas, are far less typical. These cysts have the potential to keep expanding and enlarging.

The majority of cysts don’t require surgical removal. However, if a cyst is huge, doesn’t go away on its own, or shows up abnormally on an ultrasound, surgery may be advised. 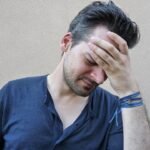