The Health benefits of bananas are numerous. It is best for people with indigestion such as those with celiac disease, blood pressure, and heart diseases.

Bananas are the most popular, delicious, and inexpensive fruits. The Scientific name of Banana is Musa sapienta from the Musaceae family of tropical plants. From ripped to fully ripped bananas, each variety has different health benefits.

The Cavendish variety, which has a moderate flavor and is disease-resistant, is the most popular in the world. Despite some unfavorable remarks, that banana contributes to weight gain and constipation, bananas are nutritious and may even be the first “superfood,” having been recommended by the American Medical Association as a healthy food for children and therapy for celiac disease in the early 20th century.

Bananas are a rich source of potassium, vitamin C, vitamin B6, and natural sugars.

The nutritional composition of 100 g raw bananas according to USDA is given below [Ref]:

Bananas are a rich source of many health-promoting phytochemicals

Bananas are loaded with phytochemicals that’s why their consumption is associated with numerous health benefits such as: Bananas use in Diabetes: Effect on Insulin Sensitivity

Bananas effect on the Heart: Bananas are an excellent Workout Snack: Bananas are generally safe for everyone but they might be harmful in some clinical conditions such as:

The most nutritious banana recipes include:

Bananas are cheap and easily available. They provide lots of calories and are especially best for malnourished young children. They can be easily digested, lower blood pressure and are good for the heart.

They, however, contain a lot of potassium and should be avoided in patients with kidney disease who can develop hyperkalemia. 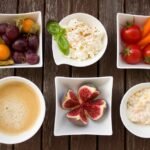