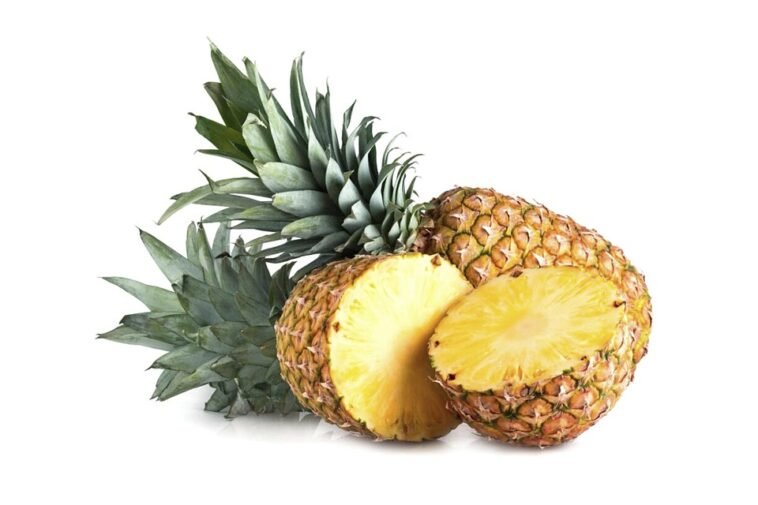 The health benefits of fresh pineapple are numerous. It is specifically best to boost immunity as it contains high amounts of antioxidants, vitamin C and Zinc. Thus, it is used for fast recovery after surgery and has anticancer, and anti-aging properties.

Pineapple (Ananas comosus) is a tropical fruit that is loaded with minerals, antioxidants, and other beneficial substances such as enzymes that can help fight disease and inflammation.

It has a fascinating history to tell. It was originally indigenous to Paraguayans in South America, but local Indians moved it up across South and Central America, as well as to the West Indies. When Columbus found America in 1493, it was taken to Spain.

It was brought to the rest of the world by European sailors who carried it with them to protect themselves against scurvy, a disease caused by vitamin C deficiency.

Pineapple and its constituents have a variety of health benefits, including anti-aging effects, increased immunity, faster recovery from surgery, and many more.

The nutritional value of 100g serving of pineapple according to USDA [Ref].

Fresh Pineapple is a rich source of:

Pineapples are one of the superfoods that have a variety of health benefits. Some of them are discussed below:

Pineapples contain a substantial amount of the antioxidants such as Vitamin C, carotenes, and flavonoids such as gallic acid.

The presence of excessive free radicals in the body causes oxidative stress and damage. These free radicals interact with body cells, causing damage that has been linked to persistent inflammation, a weaker immune system, and a variety of disorders.

One study conducted to assess the antioxidant activity of gallic acid suggested that 70% of the gallic acid is readily absorbed in the body and actively prevents the formation of toxic metabolites in the body.

The study concluded that gallic acid functions as a natural barrier against microbial infections and as a modulator of immunological responses. [Ref]

Role of Pineapples in Macular Degeneration:

The carotenoids found in Pineapples include Lutein and zeaxanthin. These are two fat-soluble antioxidants that have been associated with a preventive effect in age-related macular degeneration.

They are the principal elements of macular pigment, a substance concentrated in the macula area of the retina that is responsible for fine-feature vision. The significance of L/Z in eye health has been explored due to its accumulation in the retina.

These carotenoids may prevent and/or reduce the progression of age-related macular degeneration (AMD), the primary cause of blindness in older persons.

A meta-analysis A 2012 systematic review and meta-analysis of six longitudinal cohort studies demonstrated that the protective effects of high intakes of dietary carotenoids (Lutein and zeaxanthin) may be confined to the late progression of macular degeneration.[Ref]

Bromelain is a proteolytic enzyme found in Pineapples. Bromelain has been linked to various medicinal properties one of which is suppressing the growth of tumor cells.

It was also found to be effective against Human Gastric Carcinoma. The study concluded Bromelain tends to cause considerable DNA perturbation when used alone, and this perturbation appears to be amplified when bromelain is taken in combination with chemotherapeutic medicines. [Ref] 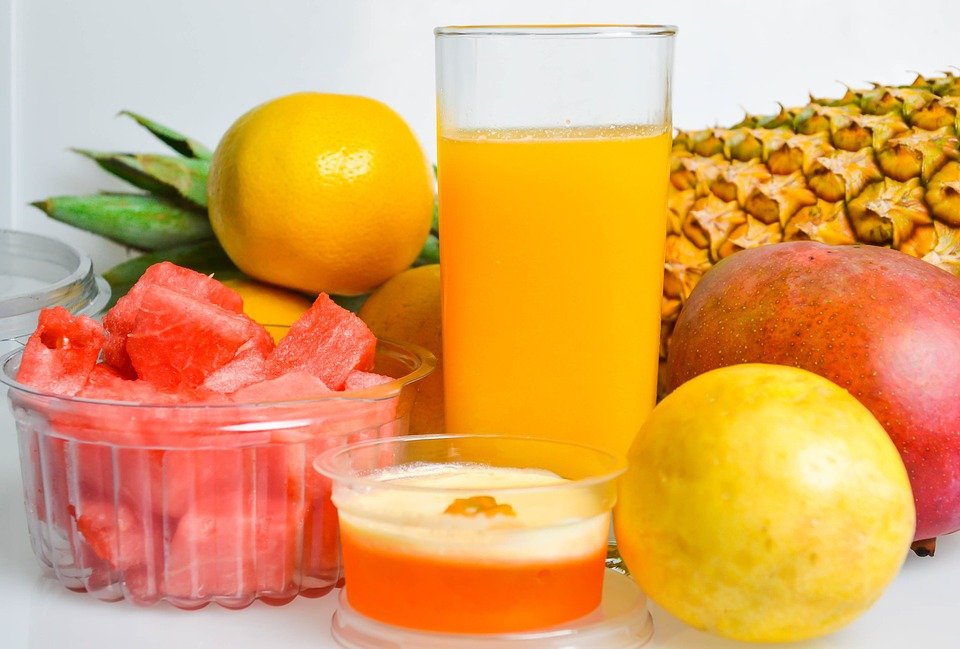 Pineapple consumption may be linked to heart health as Bromelain found in pineapples prevents platelet aggregation. Bromelain aids in reducing the symptoms of angina pectoris and transient ischemic attack (TIA).

It can help in thrombophlebitis prevention and therapy. It may also help to dissolve cholesterol plaques and has a strong fibrinolytic effect.

Bromelain and other nutrients work together to protect skeletal muscle from ischemia/reperfusion injury. [Ref]

Studies suggest that Bromelain possesses analgesic characteristics, which are assumed to be due to its direct interaction with pain mediators such as bradykinin.

It also plays an important role in the pathogenesis of arthritis. Apart from eating pineapple, taking bromelain as a dietary supplement may provide an alternative treatment to NSAIDs. [Ref] 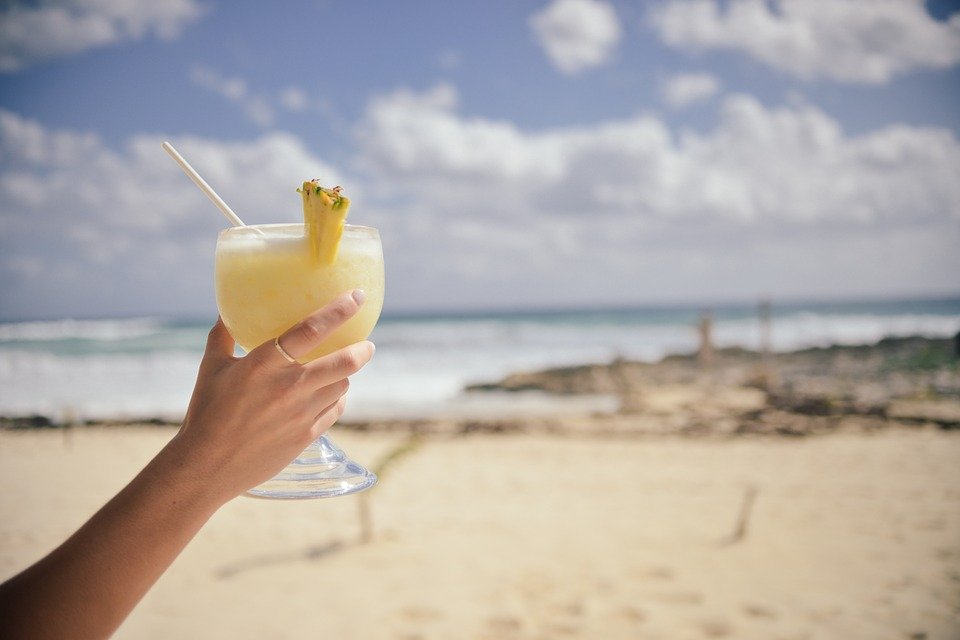 Pineapples have been used in traditional medicine in past. They are high in vitamins, minerals, and enzymes like bromelain, which may help to increase immunity and reduce inflammation.

Improved and fast recovery after Surgery:

Eating pineapples may help you recover faster from surgery or exercise. This is largely due to bromelain’s anti-inflammatory effects.

Bromelain has been demonstrated in several studies to help with post-surgery inflammation, edema, bruising, and pain. It also appears to lower inflammatory indicators.

According to one study, those who had bromelain supplementation before undergoing dental surgery experienced much less discomfort and were happier than those who did not. [Ref]

Everyone wants to stay youthful and healthy forever. Healthy nutrition is unique among the world’s longest-living individuals, aside from genetics.

The fruits and leaves of Ananas sativa (pineapple) are widely valued for their nutritional, antioxidant, and therapeutic characteristics. Antioxidant, anticancer, anti-inflammatory, and anti-aging properties have been found in their extract.

Its antioxidant properties support its usage as an anti-aging and health-promoting supplement. The fruit includes a sulfhydryl proteolytic enzyme cocktail that inhibits platelet aggregation and regulates prostaglandin production.

It does so through regulating the kinin system, the coagulation cascade, the cytokine system, and prostaglandin synthesis, all of which help to minimize inflammation by reducing oxidative stress resistance. As a result, the kinin system exerts strong control over aging and age-related disorders.[Ref]

Pineapples are healthy and beneficial for everyone but there are some exceptions: 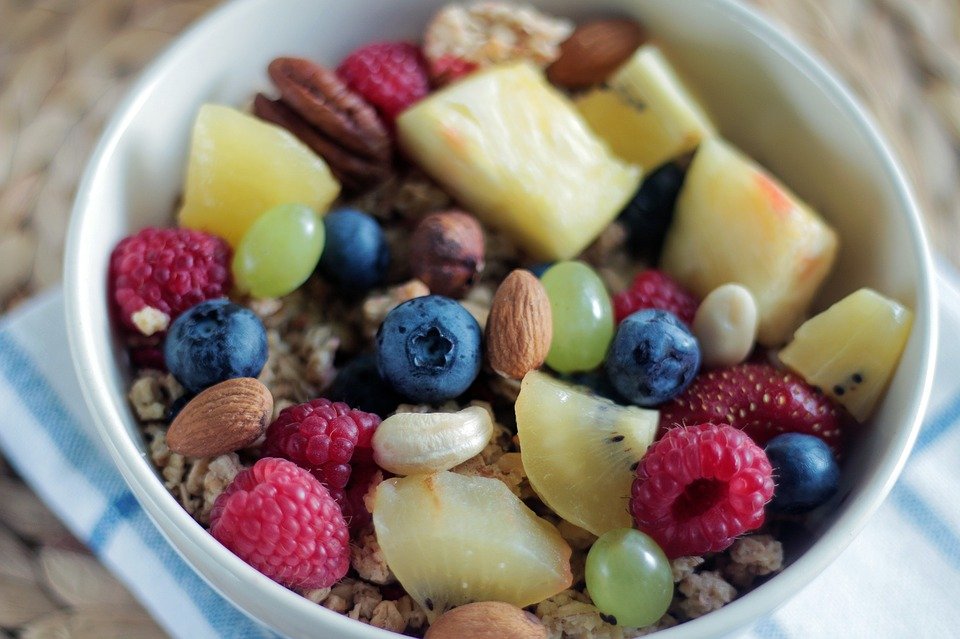 Some of the healthiest recipes for pineapple include: 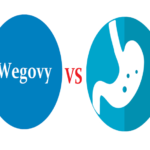 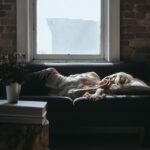