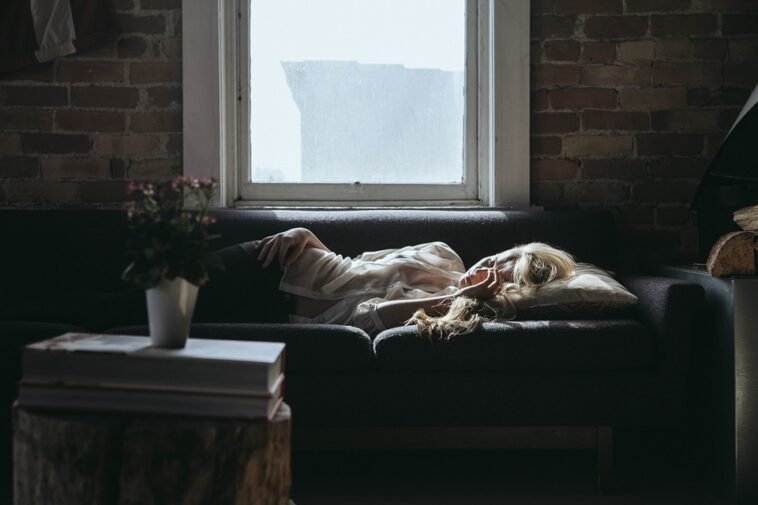 Signs of Diabetes in women are almost the same as in men. However, certain signs are more frequently noticed by women than men.

Knowing these signs of diabetes is important as early diagnosis can prevent a person from getting serious complications of diabetes.

Diabetes is considered the mother of all diseases. It is also called “the silent killer”. These names have their own importance.

Diabetes affects almost every organ and hence can manifest with any sign and symptom. It is not uncommon that the disease is only diagnosed once the complications have developed.

Diabetes is a disorder that occurs when your blood sugar level, also known as blood glucose, is way too high. Your body uses blood glucose as an energy source for the proper functioning of the body.

Glucose is derived from the food a person eats. A pancreatic hormone called insulin aids glucose to get into the cells in order to be utilized as an energy source.

In people with diabetes, there is either the insufficient formation of insulin or their cells are not responding to insulin properly, which leads to an excess of glucose in their bloodstream.

The following are the common types of diabetes:

Type 1 diabetes used to be known as ‘juvenile diabetes’ or ‘insulin-dependent diabetes, it is an autoimmune disorder that can be a result of genetic abnormalities or immune dysregulation. This type of diabetes is marked by a severe insulin deficiency which results in hyperglycemia.

The incidence and prevalence of diabetes have been increasing day by day, worldwide. For this reason, there have been many interventions tested in order to preserve β cells. Despite this, there is still a broad gap in our understanding of Type 1 diabetes.

This chronic disorder is characterized by an abnormality in the way your body is utilizing blood glucose.

This eventually results in blood glucose levels that are too high. This can then lead to disorders of the immune system and other systems like the central nervous system and circulatory system.

Type 2 diabetes was previously known as ‘adult-onset diabetes’ but research has proven that it can also begin at a young age.

This was formerly much more common in older adults but its incidence in obese children has been increasing rapidly.

This typically occurs during pregnancy and like other types of diabetes, this is also marked by your body’s inability to use glucose.

The high blood sugar level, which is a consequence of gestational diabetes, can affect the health of both mother and baby.

Gestational diabetes usually ends a few weeks after delivery and blood sugar level return to normal after that.

Women who have been a victim of gestational diabetes are more prone to developing type 2 diabetes, later on, so you will need to get your blood sugar level tested frequently.

Diabetes Insipidus is a different entity:

Diabetes Insipidus should not be confused with diabetes mellitus. “Mellitus” means “sweet”, and “Insipidus” means “tasteless”.

Diabetes Insipidus is not synonymous with Diabetes mellitus. In diabetes mellitus, there is insulin deficiency or resistance to insulin. On the other hand, diabetes insipidus is a disorder of the pituitary gland or kidneys where a person passes a lot of diluted urine.

This is a very unusual and uncommon type of diabetes that leads to fluid imbalance in the body. This may cause the body to produce a large quantity of urine. This increases thirst even after drinking enough water.

Symptoms and Signs of Diabetes Mellitus and Diabetes Insipidus:

Signs of Diabetes in Women:

Signs of Diabetes in Women may be as subtle as frequent itching to as serious as blindness and full-blown kidney disease.

Following are the common symptoms and signs of diabetes in women:

Vaginal candidiasis also called vaginal thrush, or vaginal yeast infection is a very common sign of diabetes in women. It is so common that patients do not even bother to find its cause.

Furthermore, patients get instant relief when treated with OTC or prescription medicines. Hence, the diagnosis of diabetes at an early stage is missed.

Women with vaginal candidiasis or vaginal yeast infection can have any of the following symptoms:

UTIs (urinary tract infection) is very common among females and elderly patients. Usually, patients have burning micturition, painful urination, or blood and pus in the urine.

These symptoms may be accompanied by fever and lower abdominal pain. Patients may also observe an increase in the frequency of urine.

Waking up at night and passing small amounts of urine is a specific sign indicating a urinary tract infection.

Old patients might have difficulty passing urine. When a person develops repeated urinary tract infections, it is mandatory to check for diabetes.

Although sexual dysfunction in women is the least discussed issue. It could be secondary to underlying diabetes.

Women may have a reduced sexual drive (loss of libido), painful sexual intercourse because of dryness, or impaired vaginal sensations because of neuropathy.

It is likely that women also have concomitant symptoms of tingling and burning sensations in the hands and feet.

Polycystic ovarian syndrome is not a sign. It is a condition when women have features of excess male hormones.

Women may have excess facial hair, irregular periods, and infertility. Usually, women with PCOS also have concomitant acne, obesity, and other features of high testosterone levels.

PCOS is associated with insulin resistance. Women with PCOS are likely to have diabetes than normal women. Blood sugars should be checked at regular intervals in women who have diabetes.

Hair loss is particularly common in women with diabetes. Impaired glucose metabolism can result in loss of nutrition to the hair follicles. Initially, thinning of hair occurs followed by excessive hair loss.

Early signs of aging are commonly observed in females with diabetes. These may include wrinkling, pigmentation, pimples, and loss of skin turgor. This is because of a lack of nutrition and dehydration.

The skin becomes dehydrated in women with diabetes because of osmotic diuresis. When glucose is excreted in the urine, water is lost with it. This results in the loss of fluids from the body.

Graying of hair may also occur. It is more common in women with diabetes than those without diabetes.

Women may also notice muscle and bone weakness, fatigue, and joint pains. These symptoms are common in older people. However, young women with diabetes may also develop these symptoms.

Fatigue and lethargy are common symptoms and are often ignored. These symptoms are more common in women with diabetes. 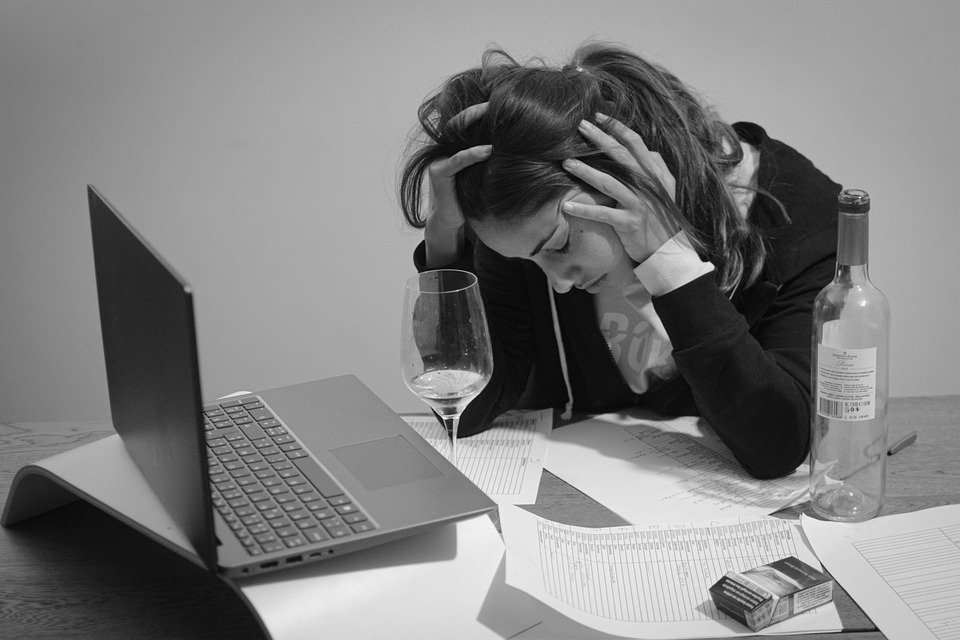 Symptoms and Signs of Diabetes that are common in both men and women:

Since, in the case of diabetes, your body is not capable of making sufficient insulin, you will feel constantly hungry because your body is unable to receive the proper amount of energy required for its functioning.

People with diabetes feel more hungry. Some individuals may complain of losing weight despite eating a lot.

As a consequence of lack of energy, you will most probably feel lethargic and drowsy even after performing the most basic chores like making coffee or tea.

Drowsiness in young individuals with diabetes may be a sign of diabetic ketoacidosis (DKA).  DKA is a serious complication of diabetes.

It occurs in young children with type 1 diabetes mellitus when the blood sugar usually goes above 250 mg/dl. These individuals are markedly dehydrated, drowsy, and have deep sighing breathing.

As the body is overloaded with sugar, your kidneys will start filtering blood sugar and produce a large quantity of urine which will eventually cause you to urinate much more frequently than usual.

Frequent urination can also occur due to urinary tract infections. Blood sugars need to be checked if a person passes lots of urine.

As mentioned above, frequent urination may end up causing dehydration. This will consequently make you feel excessively thirsty. Excessive water intake and passing urine are common signs of diabetes.

Diabetes can cause digestive issues in women. Which can lead you to feel nauseous more often than usual, as nausea is one of the most common symptoms in women with an elevated blood sugar level.

Discolored skin patches can be a sign of pre-diabetes which is an indication of early onset of diabetes.

In some women with diabetes, high blood sugar levels can cause ‘diabetic dermopathy ’, which is a condition characterized by red, brown, or black scaly patches on feet.

Repeated episodes of headache can be a sign of early diabetes. When you wake up you may experience a headache because your blood sugar level is either way too high or too low. There are even chances of women experiencing migraines because of diabetes.

Any type of diabetes can make you increasingly prone to infections as it tends to weaken your immune system.

As your body is short on energy resources, it looks for different ways to make up for it. The alternate way is to utilize fat for the production of energy which will cause unwanted weight loss.

Symptoms and Signs of Diabetes in Women include recurrent urinary tract infections, vaginal yeast infections, loss of libido, and early signs of aging.

These signs of diabetes in women are different from the commonly reported symptoms such as increased thirst, excessive urination, weight loss, and hunger. 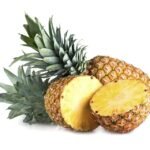