Fetal complications of gestational diabetes mellitus are not uncommon. Diabetes during pregnancy may result in complications ranging from mild to very severe.

Children born to diabetic mothers are also at an increased risk of diabetes later in life.

Gestational diabetes or GDM is defined as the diagnosis of diabetes during 24-28 weeks of pregnancy. If it is diagnosed before this time window, it is usually attributed to previously undiagnosed diabetes.

The test used for diagnosis/screening is called the oral glucose tolerance test(OGTT). Approximately 6% of pregnant females in the US and 2-38% in the rest of the world develop GDM.

It imposes quite a lot of complications and risks to both the mother and the baby that requires special consideration to avoid morbidity and mortality.

One of the most common fetal complications of gestational diabetes is an abnormally large-sized baby which in medical terminology is called macrosomia. It is defined as a birth weight of 4.5 kg or more.

The risk of macrosomia is further increased by maternal obesity and poorly controlled blood sugars.

According to one report, the risk of macrosomia with gestational diabetes in obese mothers was 22.3% as compared to 13.6% in non-obese mothers.

The mechanism behind these complications is that raised blood sugar levels in the mother lead to an increase in the transfer of sugar and other nutrients through the placenta to the baby and this raises insulin levels in the fetus and ultimately accelerates fetal growth.

The fetal growth pattern is abnormally characterized by normal head size but broad shoulders and widened chest and abdomen which contributes to mechanical complications during delivery.

These are the abnormalities present at birth and involve major organ systems in babies born to diabetic mothers and include the following defects:

The incidence of preterm delivery in gestational diabetes is much higher as compared to non-diabetic mothers and contributes to complications like stillbirth and respiratory problems in neonates and enhances the need for ICU care.

This is another common complication defined as a lack of blood supply or oxygenation in an infant that occurs immediately before or after birth.

According to a study 43 out of 162 infants suffered from this complication.

These injuries usually occur due to mechanical complications due to macrosomia and the most common amongst these is shoulder dystocia which occurs in 1/3rd of babies born to diabetic mothers.

It is an emergency condition that occurs during vaginal delivery. What happens is that as the baby moves down the birth canal his shoulder gets stuck behind the mother’s pelvic bone.

The baby gets stuck within the birth canal which can lead to asphyxiation, brachial plexus injury, bone fractures-usually clavicle and humerus, and subdural hemorrhage.

Secondly due to preterm delivery babies born have lungs that are yet to be matured.

This is another frequent complication that occurs in babies during the first 24 hours of life and is characterized by a blood sugar of less than 40mg/dl.

It occurs because raised sugar levels in the mother cause an increase in blood insulin levels as well that crosses the placenta and enters the fetal circulation.

After birth, that insulin is still there in the baby’s blood but the glucose supply from the mother is no more and this causes hypoglycemia that requires repeated monitoring and sometimes glucose infusion.

These include the development of diabetes, metabolic syndrome, and obesity later in life.

Reports have also shown an increased incidence of autism and other adverse neurodevelopmental outcomes.

Take home message for patients is that GDM can cause lots of complications in new-born that can result in mortality or long-term consequences resulting in social stresses and financial burden to the family.

The only way to avoid this is the timely diagnosis, frequent monitoring, and proper management which can significantly decrease the incidence of these complications. 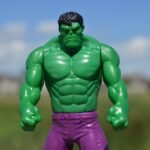