Fournier’s Gangrene is a tissue-destructive, rapidly spreading infection that affects primarily the genitals and surrounding areas.

This is a serious medical emergency that can lead to death if not treated immediately. It can be fatal for a third of those who are infected.

Although Fournier’s Gangrene is not as common as it used to be in the pre-antibiotics era, there has been a rise in the number of cases due to the increasing use of SGLT2 inhibitors in diabetic patients.

SGLT2 inhibitors cause the excretion of glucose in urine (by inhibiting their reabsorption from the renal tubules back into the plasma).

Excess of glucose going into urine results in the growth of bacterial organisms. Thus, patients using SGLT2 inhibitors are at an increased risk of developing urogenital infections.

Fournier’s Gangrene is a condition where a tissue gets infected, the affected tissue dies, and then decomposes. Initially, the infection is localized to the skin, however, it then rapidly spreads resulting in systemic toxicity.

Patients may observe the following symptoms and signs of Fournier’s gangrene:

Pain is often considered the first sign of Fournier’s gangrene. Pain occurs because of inflamed tissue.

In some patients such as those with diabetes, pain may not be severe because of diabetic neuropathy. Such cases may present with advanced and more severe infections.

Skin discoloration may be observed by the patient. The skin becomes gangrenous. Initially, it may become red, then reddish-purple, and in advanced cases, blue-gray discoloration may occur. In this stage, the infection rapidly spreads into the systemic circulation.

After the skin becomes gangrenous and dies, a rotten and unpleasant smell may be noticed by the patient and caregivers.

In advanced cases, when the patient becomes septicemic, the following signs may be observed:

In men, the skin of the scrotum is frequently affected resulting in exposed testes. Similarly, the perianal area may also be affected.

If not treated promptly, the infection may spread to the bloodstream, causing organ failure and death.

Fournier’s Gangrene is an infection of the genitalia and the surrounding structures. It is usually caused by tissue-eating bacteria.

Bacteria that commonly cause Fournier’s gangrene are:

The bacteria damages the blood vessels and produces toxins and enzymes that damage tissue. It then spreads through the connective tissue between your skin, and underlying muscles. The infection usually doesn’t cause any damage to the muscles.

Infection may occur following trivial injury, boil, or after a cut or injury to the skin. When tissue is exposed, the bacteria enter the underlying skin structures and start to proliferate. The perineum is the most common area where the infection spreads.

The perineum is located between your genitals, rectum, and lower limbs.

The infection can then spread to the abdominal wall, buttocks, perianal area, and to systemic circulation.

Who is at risk of developing Fournier’s Gangrene:

Although Fournier’s Gangrene is rarely seen nowadays. It is seen mostly in diabetic patients, especially men with uncontrolled diabetes.

Diabetic individuals who are using SGLT2 inhibitors are especially at an increased risk of genital infections, including Fournier’s Gangrene.

Fournier’s Gangrene is most common in men aged 60-70 years, individuals who are immunocompromised, and homeless people with poor hygiene.

Up to 50% of the affected individuals are chronic alcoholics and up to 70% have uncontrolled diabetes.

Fournier’s Gangrene is most common in men, although it can also occur in women. The location of Fournier’s gangrene is usually the outer folds of tissue near the vagina.

This area is known as the labia. Fournier’s Gangrene can occur following a septic abortion or Hysterectomy.

Although it is rare, Fournier’s Gangrene may occur in children too. Factors that contribute to the development of the condition in children include:

Other risk factors may include:

Conditions that weaken the immune system may predispose the person to develop the condition. These include:

Fournier’s gangrene is usually diagnosed clinically. A rapidly spreading infection involving the perineum in a diabetic patient is usually diagnostic. Since the disease can result in the death of the patient, treatment is not delayed.

Blood cultures for bacterial isolation and sensitivity are helpful, but a tissue sample is usually required to diagnose Fournier’s disease. The doctor will take a sample from the infected area and send it to a laboratory for testing.

Usually, the area is debrided simultaneously, when taking a tissue sample for gram staining and culture.

Radiographs and other imaging modalities should not delay the treatment.

When the diagnosis of Fournier’s Gangrene is missed?

Although Fournier gangrene is usually clinically evident because of the severe local tissue inflammation and involvement of the perineum, certain patients may still be missed. These include:

The two most important components of treating Fournier’s gangrene are:

Patients who receive either treatment are less likely to survive. Other supportive treatments are also essential. These include:

Comorbid conditions and risk factors should also be treated. These specifically include diabetes and alcohol abuse. SGLT2 inhibitors should be stopped immediately as soon as the diagnosis is suspected. Diabetic patients are to be treated with insulin.

Reconstructive plastic surgery and skin transplants are likely to be required in order to cover areas where tissue has been removed.

Chronic pain is a common symptom for about half of those who have survived Fournier’s Gangrene. This condition can cause painful erections and other sexual problems in men.

The use of early and aggressive antibiotics use along with repeated debridements might improve the survival rate. 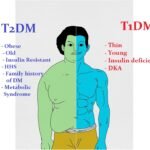