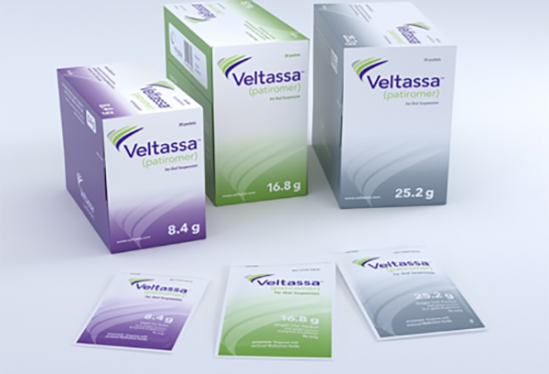 Patiromer (Veltassa) is a potassium-binding resin that has been approved by the FDA in 2015. Patiromer Sorbitex Calcium is the actual drug that contains the active part, Patiromer, and calcium sorbitol counterion.

Patiromer is a cation exchange resin that binds potassium present in the lumen of the intestines and blocks its absorption in the systemic circulation. It basically exchanges potassium for calcium.

Because it can also bind other cations and magnesium in specific, it may reduce the serum levels of magnesium as well.

Hypomagnesemia is also seen in patients treated with Kayexalate powder. However, Lokelma (Sodium Zirconium Cyclosilicate) does not affect the systemic absorption of Magnesium.

Patiromer is a potassium-lowering drug. It has been approved in 2015 by the FDA for the maintenance treatment of hyperkalemia.

Because Patiromer (Veltassa) starts to lower potassium levels in the blood about 7 hours after it is administered, it is not recommended for the emergency treatment of acute hyperkalemia.

Patiromer (Veltassa) Dose, Dosage forms, and how to administer it:

Veltassa is available in the form of powder as oral single-use packets that contain 8.4 gm, 16.8 gm, or 25.2 gm of Patiromer. The powder is light brown to off-white in color.

How to prepare Veltassa suspension:

The suspension is made by mixing the contents of the packet with about a half or 1/3rd cup of water.

First, fill half a cup with plain water. Pour half of the water into a glass from the cup. Add Veltass powder into the glass and mix it by stirring it.

Then add the remaining half cup of water to it. Because it is a suspension, Veltassa powder will not completely dissolve in the water.

The suspension should be taken orally immediately after it has been prepared. If any powder remains in the glass, mix a little more water with it and drink it immediately until the whole medicine has been taken in.

The consistency of the suspension can be changed by increasing or decreasing the amount of water.

The usual starting dose of Veltassa is 8.4 gm once daily. The dose can be increased by 8.4 gm at weekly intervals to the maximum daily dose of 25.2 gm [Ref].

The dose is increased or decreased by regularly monitoring serum potassium levels and the need for emergency treatment of hyperkalemia.

Once the desired potassium level is maintained in the serum, the dose of Veltassa is then continued.

In addition, Veltassa powder should not be heated (in a microwave) or mixed with very hot liquid or water. Also, avoid taking it in its dry powdered form.

Patiromer (Veltassa) overdosing has not been studied. In clinical trials, the maximum dose that has been safely used was 50.4 gm. However, the higher the dose, the greater the chances of hypokalemia, hypomagnesemia, and other gastrointestinal side effects.

Veltassa does not enter the systemic circulation and is safe to use in patients with kidney or liver impairment.

Avoid constipation in patients with advanced liver disease as it may result in hepatic encephalopathy.

Veltassa acts locally in the GI tract. It does not enter the systemic circulation. It is therefore considered safe for pregnant and breastfeeding mothers.

It has not been studied in children.

In older patients aged 65 or older, Veltassa was found to be equally effective, however, the gastrointestinal side effects were more common.

Patiromer (Veltassa) Contraindications and Side effects:

Patiromer (Veltassa) should not be taken by people who have had an allergic reaction to it in the past.

Allergic reactions are very uncommon but can occur and may be life-threatening. In clinical trials, mild to moderate allergic reactions were observed in 0.3% of the patients treated with Veltassa. These included mild facial and lip swelling.

It is recommended to use alternative potassium binding resins like Kayexalate and Lokelma (Sodium Zirconium Cyclosilicate).

Certain conditions are no absolute contraindications to its use but Patiromer can make them worse. Conditions in which Veltassa should be used with extreme caution include:

First of all, Veltassa has not been studied in patients who had GI issues. Secondly, it may not be effective in patients with a gastrointestinal inflammatory or motility disorder.

It may cause impaction of stools, worsen the underlying inflammation in patients with inflammatory bowel disease, and may cause complete bowel obstruction.

Patiromer (Veltassa) exchanges calcium for cations including magnesium. It binds to Magnesium present in the colon and may cause severe hypomagnesemia.

Patients on Veltassa treatment should have frequent monitoring of serum magnesium levels. Patients who develop hypomagnesemia should have it replaced in the form of magnesium-containing pills or a diet rich in magnesium.

The serious side effects have already been discussed including hypersensitivity reactions, gastrointestinal motility disorders, and hypomagnesemia.

Gastrointestinal side effects were the most common reason that lead to discontinuation of the drug in clinical trials.

Symptoms that lead to the discontinuation of Veltassa were as follows:

Common side effects which were observed in at least 2% of the patients taking the drug are tabulated here:

Hypomagnesemia and hypokalemia were the most commonly observed electrolyte and laboratory-related side effects.

Hypomagnesemia was observed in 9% of the patients treated with Veltassa. It was defined as a serum magnesium level of less than 1.4 mg/dl.

Hypokalemia occurred in 4.7% of the patients in clinical trials who were treated with Veltassa. Hypokalemia was defined as a serum potassium level of less than 3.5 mEq/L.

Veltassa may impair the absorption of certain drugs. It is recommended to administer any concomitant drugs at least 3 hours before or 3 hours after the administration of Veltassa.

Out of the 14 drugs that showed interactions, 12 were tested in humans. The results of the Veltassa-Drug Interactions are summarized below:

A summary of all the twelve drugs that were tested in humans is summarized below:

Foods to Avoid with Kidney Disease and Diabetes

Patiromer (Veltassa) is a calcium sorbitol counterion containing potassium binding resin. It is a non-absorbable ion with minimal side effects.

Veltassa binds to the potassium that is present in the gastrointestinal tract. Most of the bound potassium then gets excreted in the feces.

Because the concentration of potassium in the GI tract is reduced, it directly or indirectly lowers the serum potassium levels as well.

Effect of food on the absorption of Veltassa: 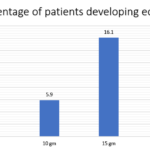 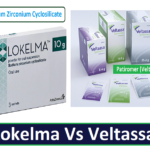