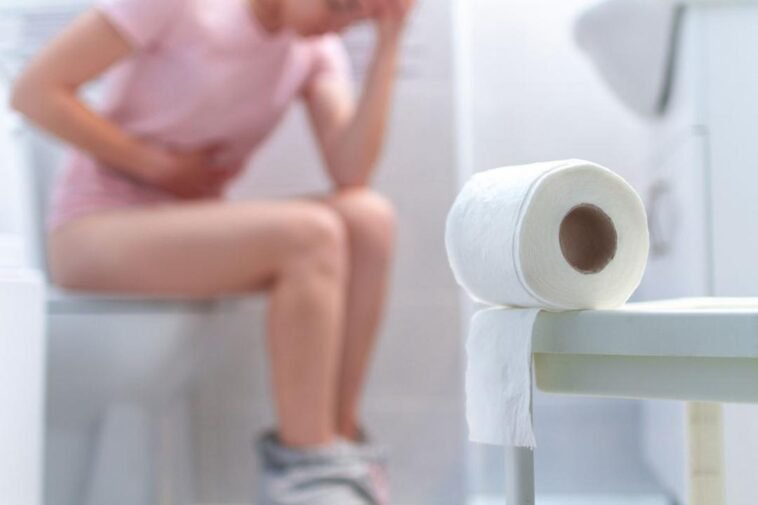 Ozempic (Semaglutide) is a GLP-1 analog that exerts its effects primarily on the gut. Diarrhea, especially, immediately after eating,  is one of the most common side effects of Ozempic as reported in different clinical trials.

How Ozempic Causes may Cause Diarrhea?

The effect of GLP-1 analogs, including Ozempic, on gut motility, has not been studied. It is not known why patients on Ozempic develop diarrhea after eating.

One mechanism is the direct effect of Ozempic on the parasympathetic nervous system present in the gastrointestinal tract. It might stimulate gut motility by directly acting on the receptors present in the GI tract.

Another mechanism by which Ozempic causes diarrhea after eating is the “Gastro-colic Reflex”. The gastrocolic reflex is a physiological reflex present in normal humans.

Whenever food enters the stomach, the stretch of the stomach walls sends signals to the colon to start moving. Giant peristaltic waves are generated resulting in diarrhea immediately after eating.

Ozempic causes delayed gastric emptying. This means food in the stomach does not move forwards into the small intestine.

When the food accumulates in the stomach, the stomach wall stretches initiating the gastrocolic reflex.

Other mechanisms by which Ozempic may cause diarrhea after eating include:

Pancreatic dysfunction is evidenced by high amylase and lipase levels associated with Ozempic use. Normal pancreatic function is essential for proper digestion.

Diarrhea of pancreatic cause is usually hard to flush. The stools float and are greasy.

Patients may have epigastric pain, nausea, and vomiting as well.

However, Diarrhea alternating with episodes of constipation is commonly reported by patients.

Diarrhea is more common in patients who frequently ingest simple carbohydrates such as sugar, candies, and sweets.

This is one of the rarest side effects of Ozempic. Medullary thyroid cancer results in an increase in plasma calcitonin levels.

Very high levels of calcitonin may cause diarrhea and weight loss.

This is probably the most common cause of diarrhea in patients who are using Ozempic. The most common drug used with Ozempic is metformin.

Metformin is associated with significant gastrointestinal side effects.

Diarrhea, Nausea, and Vomiting were commonly reported when Ozempic was used along with Metformin.

In fact, many patients switch to other diabetes medications due to gastrointestinal side effects.

Acarbose is another, although less commonly used, a diabetes medication that causes diarrhea. Acarbose inhibits the absorption of carbohydrates resulting in diarrhea.

How to Treat Ozempic-Induced Diarrhea?

Ozempic diarrhea after eating can be treated by small dietary changes. These include:

Take small frequent meals instead of one large meal. This may prevent the gastrocolic reflex that occurs soon after a person eats.

Small meals will not cause the stomach to stretch. This will prevent the initiation of the gastrocolic reflex which occurs immediately after eating.

Diet high in fiber may worsen diarrhea. High fiber intake is generally recommended for diabetes control and weight loss. However, for patients who have persistent diarrhea, fiber intake should be minimized.

Similarly, fruits and vegetables, that are rich in fiber should also be minimized for rapid relief.

Fatty food is generally not recommended as it is hard to digest, it slows stomach motility resulting in stomach stretch and enhanced gastrocolic reflex, and it may result in pancreatitis.

Fatty food is also high in calories and is generally not recommended for patients who are on a weight loss journey and have diabetes.

Fatty food should be minimized to improve the symptoms of diarrhea.

Dehydration and electrolyte abnormalities should be avoided. during the episodes of diarrhea, adequate amounts of water and oral rehydration solution (ORS) should be used.

Avoid medications that cause diarrhea:

Medications that cause diarrhea may be discontinued. However, it is essential to continue essential medicines.

Essential medicines should be continued until advice from a healthcare provider has not been taken.

Metformin, Jardiance, and Farxiga should be continued as discontinuing them may result in elevated blood glucose.

Discontinuing them may also result in serious cardiovascular adverse events.

Use OTC medicines to treat diarrhea:

Certain OTC medications may be used to get symptomatic relief. These include:

Sucralfate is a gastric mucosal protectant. It can relieve symptoms of heartburn and diarrhea at the same time.

Rarely, patients may need to reduce their Ozempic dose or discontinue the treatment.

In addition, patients should avoid milk and dairy products during episodes of diarrhea. Yogurt and probiotics may be used to treat diarrhea at home.

It has also been approved for the treatment of IBS (irritable bowel syndrome) which is characterized by diarrhea and alternating constipation.

Rifaximin may be used for two weeks in low doses to treat diarrhea in diabetics and Ozempic-induced Diarrhea.

When should you consult your healthcare provider?

It is important to seek medical advice in the following situations:

Diarrhea is a common side effect of Ozempic. It commonly occurs after eating and may be associated with nausea, vomiting, and abdominal fullness.

Simple measures such as small meals, minimal fats and fibers, and adequate fluid intake are enough to cure it.

However, medical treatment may be needed in severe cases. 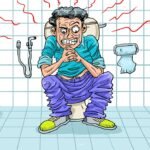