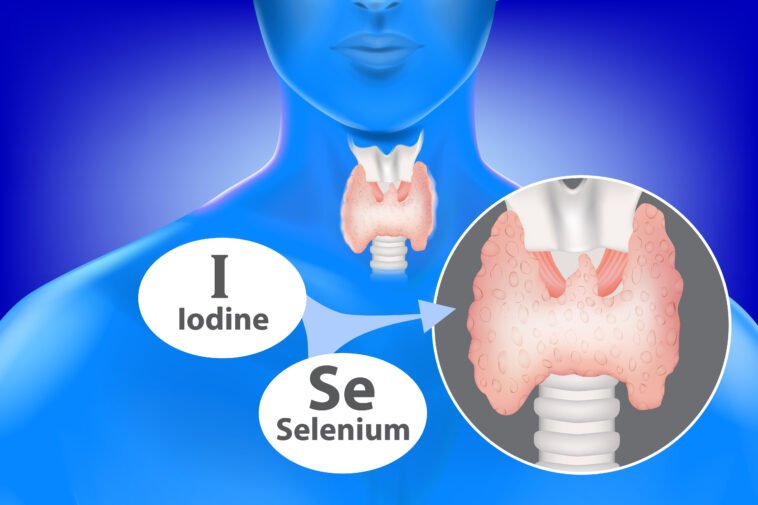 Diet for hyperthyroidism and hypothyroidism patients may influence the disease progression as well as the activity of the thyroid gland.

The most important dietary component for thyroid-related disorders is iodine and selenium, however, other trace minerals are also required.

Diet has the cure for almost everything which is why it can be the center of attention when attempting to reduce the symptoms or prevent a condition.

Many people and even researchers can avoid the importance of diet therapy since it is believed that only medicines can be better than any other therapy.

Diet is not only necessary to prevent a condition it can be of great significance even during ongoing treatment.

While being on medications, patients need to fulfill their fair share of nutrients otherwise they will be a victim of various conditions associated with nutrient deficiencies.

Thyroid disorders are pretty common in today’s world. There is a specific link of diet to these disorders. The various types of thyroid disorders along with their dietary regimen are described below.

What are Thyroid Disorders?

The thyroid gland is a gland that secretes hormones and is wrapped around the trachea (which is also called the windpipe) at the anterior side of your neck.

This gland can sometimes oversecrete a certain hormone and some time or may secrete said hormone in minute amounts causing a condition related to the secreted amount of the hormone.

How to Take Levothyroxine to Lose Weight?

There is a set of different types of thyroid diseases which is given below.

Here we have a detailed discussion about the significance of diet therapy in two of these disorders.

There is a hormone that goes by the name of thyroxine and is secreted by your thyroid gland.

If this hormone is released in an abnormally abundant amount which occurs when the thyroid gland is being excessively active, then a person may experience unintended weight loss along with an irregular heartbeat. [Ref]

There is an evident relationship between the incidence of hyperthyroidism and abnormal nutrient status in the body.

The role of iodine in the production of thyroid hormones is very evident as it is required for the basic functioning of the thyroid gland. [Ref]

Since a normal amount of iodine can maintain the normal production of thyroid hormones, it is only logical that an excess of this mineral will relate to the excessive production of said hormones.

Therefore, we need to decrease the intake of iodine-rich foods to reduce the secretion and the related symptoms of hyperthyroidism.

Such foods may include the following:

Foods that are low in iodine and that must be included are:

One needs to increase their iron intake; iron is a vital nutrient that helps carry oxygen in the body. This iron is also necessary to maintain your thyroid function and prevent the incidence of anemia as hyperthyroidism may contribute to the development of anemia. [Ref]

Such foods that are rich in iron and must be included are:

Selenium is another nutrient that seems to be vital for your thyroid health.

It has been found that people with Grave’s disease can be benefitted from supplementation with selenium but only in physiologic quantities. [Ref]

Selenium rich foods include the following:

The opposite of hyperthyroidism is a state called hypothyroidism. In this state, the thyroid gland becomes less active and secretes an insufficient amount of thyroid hormones into the bloodstream. Since the thyroid gland is underactive so is your metabolism. [Ref]

Focusing on the importance of a proper dietary regimen, here is a set of nutrients that you need to keep a check on in your diet.

Health Benefits of Bananas for Your Heart, BP, and Digestion

As it was stated above iodine is vital for the basic functioning of the thyroid gland, similarly, if the iodine status is in a deficient state then the thyroid gland will be unable to produce the standard amount of hormones causing hypothyroidism.

Research has also linked the deficiency of iodine with impaired thyroid functioning and hypothyroidism.

However, a sudden increase in iodine in people with iodine deficiency may end up experiencing hyperthyroidism. [Ref]

Foods that are rich in iodine include:

Just like in hyperthyroidism, the importance of selenium is clear in hypothyroidism as well.

Selenium is important because of the fact that it is incorporated into selenoproteins which are basically antioxidants and they help with improving thyroid immunity by reducing oxidative stress [Ref].

Research has found the link between selenium supplementation and normal thyroid functioning [Ref].

Another trace mineral that serves the function of improving your thyroid status is zinc.

Research has stressed the importance of zinc as deficiency of the said mineral can lead to hypothyroidism by decreasing the activity of the thyroid gland. On another note, thyroid hormones are required for the absorption of zinc as well. [Ref]

Foods containing zinc are given below:

Supplementation of zinc either as it is or with selenium has proven to enhance thyroid activity in women. [Ref]

Stay Away from Soy Products:

Research has investigated the relationship between soy products and hypothyroidism, it is believed that soy may reduce thyroid activity.

The research was done in 2017 which evaluated the impact of soy upon inducing hypothyroidism.  The conclusion was that the intake of drinks that have soy isoflavones powder extract in them leads to severe hypothyroidism. [Ref]

However, in another research, it was shown that soy had either no effect or had a very modest effect on thyroid activity. [Ref]

According to The Mayo Clinic, soy can affect the body’s capability to absorb the drugs that are used to treat hypothyroidism. But it is also stated that people with hypothyroidism do not need to stay away from soy completely. [Ref]

So, in light of the above statements, we believe that it might be better to keep soy in moderation. Preferably avoid it if you can. 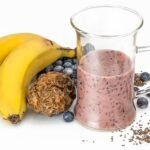