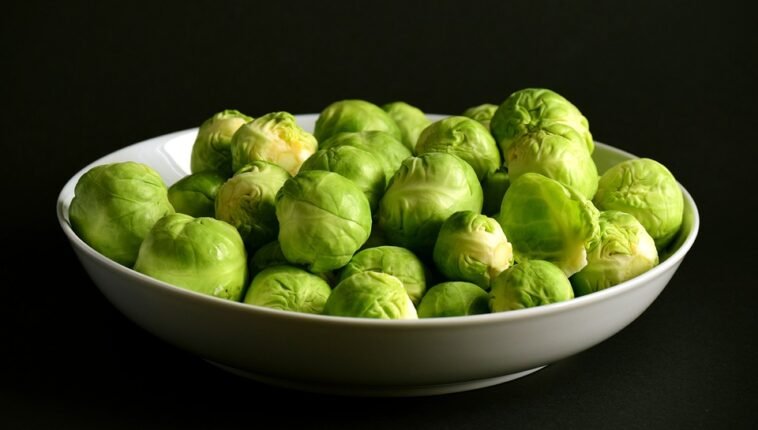 There are numerous health benefits of Brussel Sprouts if cooked properly. These nutritional benefits are due to the fact that Brussels sprouts have minimal calories, lots of fiber, and are full of antioxidants.

Brussels sprouts are related to broccoli, cauliflower, collard greens, and kale and belong to the cruciferous family.

They are named after the Belgian capital, where they were initially grown in the 16th century. They resemble miniature cabbages but don’t be fooled by their tiny size.

Each bite has a lot of nourishment. They give a mildly sweet, almost nutty flavor when prepared properly.

However, they’re easy to overcook, resulting in a bitter flavor, mushy texture, and a pungent, sulfur-like odor.

As a result, Brussels sprouts have a terrible reputation. These cruciferous veggies are nutritional powerhouses, with a variety of vitamins, minerals, antioxidants, and also a little plant protein.

The nutritional value of 100 g 0f raw Brussels Sprouts according to USDA [Ref].

Brussels sprouts (Brassica oleracea) are rich in antioxidants. Some of these include:

Antioxidants like isorhamnetin, quercitin, kaempferol, caffeic acid, and ferulic acid. These have cholesterol-lowering and radical-scavenging properties.

These include ω3 and ω6 fatty acids. These exhibit anti-inflammatory properties

A compound found in cruciferous vegetables known to have anti-cancer properties.

Brussels sprouts are a powerhouse of phytochemicals, vitamins, and protein. They provide various health benefits such as:

Through a number of dietary benefits, Brussels sprouts can help us avoid persistent, excessive inflammation.

The first is that they are high in glucosinolates. Glucosinolates present in Brussels sprouts assist to regulate the body’s inflammatory/anti-inflammatory system and prevent undesired inflammation, in addition to the detoxifying properties stated before.

Glucosinolate and glucobrassicin have been explored extensively in this regard. Brussels sprouts contain glucobrassicin, which can be transformed into ITC, or indole-3-carbinol, an isothiocyanate molecule. I3C is an anti-inflammatory molecule that can work at the genetic level to prevent the onset of inflammation. [Ref]

Vitamin K is the second anti-inflammatory component found in Brussels sprouts. Vitamin K is a direct regulator of inflammatory responses, thus getting enough of it is good for avoiding chronic, excessive inflammation.[Ref]

Brussels sprouts contain glucoraphanin (a glucosinolate) which produces sulforaphane, which has not only an anti-inflammatory action in our cardiovascular system but also has the potential to help prevent and even repair blood vessel damage.[Ref]

Due to their high fiber content, Brussels sprouts bound bile acids with them which are then excreted in feces. The excretion of bile acids lowers their concentration in the blood.

According to research, Brussels sprouts have a unique combination of cancer-preventive components.

The enzyme glutathione S-transferase (GST) is known to have anticarcinogenic properties.

One study concluded that consuming glucosinolate-rich Brussels sprouts for a week raises GST-α and percent isozyme levels in the rectal cavity. These elevated levels of detoxifying enzymes lower the risk of colorectal cancer.[Ref]

In breast cancer cells, Sulforaphane generated a considerable downregulation of human telomerase reverse transcriptase (hTERT), resulting in cancer cell death. It is known to be beneficial in the prevention of breast and prostate cancer. [Ref]

Brussels sprouts contain antioxidant vitamins C & A and the minerals selenium, manganese, and other phytochemicals.

As for DNA protection, Brussels sprouts may offer a distinct health advantage. A recent study found that daily eating of 1.25 cups of Brussels sprouts increased the stability of DNA inside our white blood cells.

Researchers believe that the capacity of specific chemicals in Brussels sprouts to inhibit the activity of sulphotransferase enzymes is responsible for the DNA-protective properties.

One study concluded that by reducing the rate of oxidative DNA damage, Brussels sprouts may have antimutagenic and anticarcinogenic characteristics.

This is consistent with previous discoveries that certain glucosinolates protect human microsomes from peroxidation in vitro.

This adds to the growing body of evidence showing cruciferous vegetables have health-promoting properties under physiologically plausible settings with no discernible negative effects. [Ref]

One study concluded that higher consumption of cruciferous vegetables reduced the risk of type-2 diabetes.[Ref]

Alpha-lipoic acid found in Brussels sprouts has been linked to improving insulin function.

One study conducted to study the effects of alpha-lipoic acid on insulin function suggested that it prevents the destruction of beta cells, and increases glucose uptake, and its antioxidant properties may be especially effective in preventing diabetes complications such as diabetic neuropathy.[Ref]

Brussels sprouts have a bitter taste when consumed raw, so they must be boiled, cooked, or steamed before consumption. Some healthy ways of consuming sprouts are: 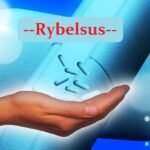