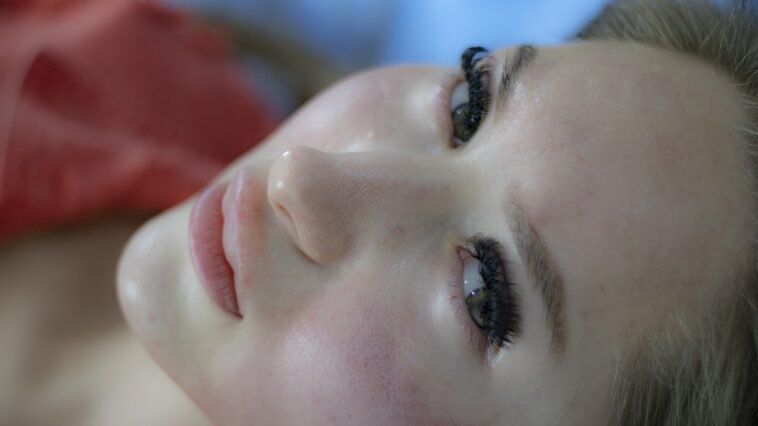 Acne on the face of a woman with PCOS

Trulicity is not an approved drug for PCOS, however, all the newer generation GLP-1 analogs have the potential to reverse the metabolic changes associated with PCOS. The three most potent GLP-1 analogs are:

Clinical trials are underway to find out any evidence as to whether any of the newer generation GLP-1 analogs have any role in the treatment of PCOS or not.

Nevertheless, the greatest part of PCOS treatment is focused on weight loss. Because GLP-1 analogs especially Semaglutide, Liraglutide, and Dulaglutide are associated with significant weight loss, they may be utilized, though indirectly, for the treatment of PCOS.

What is Trulicity (Dulaglutide)?

Trulicity is the brand name for dulaglutide, another type of GLP-1 receptor agonist. Trulicity was approved by the FDA in 2014 to treat type 2 diabetes, and it was approved in 2020 to treat people who have cardiovascular events but do not have heart disease.

However, the FDA has not yet approved Trulicity or any other GLP-1 RA for the treatment of PCOS. However, it has the potential to be effective because it improves insulin sensitivity and aids in weight loss.

Trulicity’s mechanism of action is similar to that of other GLP-1 RAs such as Semaglutide, Liraglutide, and others.

Effectiveness of Trulicity for PCOS:

According to the Rotterdam 2003 criteria currently recommended for clinical use a woman with PCOS must have at least two out of these three features:

PCOS is also linked to a variety of diseases such as insulin resistance, lipid metabolism disorders, cardiovascular disease, obesity, and Type 2 diabetes.

But the biological activity of GLP-1 is for a short time and that is why GLP-1 receptor agonists are developed as they have long-lasting effects.

Recent research has suggested that GLP-1 receptor agonists might play a role in the treatment of PCOS in women as they aid in significant weight loss.[Ref]

Although research supports the use of GLP-1 RAs for PCOS, there is still very little data on the use of Trulicity (dulaglutide) for the treatment of PCOS.

One study examined the effect of dulaglutide on PCOS rats and the study results suggested that dulaglutide reduced hyperandrogenemia and inhibits the development of small follicles and cysts in female rats with PCOS. The study also reported significant weight loss among rats. [Ref]

A reduction in androgen levels may improve the symptoms of acne, facial hair, and menstrual irregularities, and improve the physical appearance of women.

How Does Trulicity Work?

It also inhibits glucagon release and slows digestion. This in turn results in weight loss and improved satiety.

Trulicity is primarily prescribed to people who need to lower their blood glucose levels; weight loss is a bonus.

According to current evidence, the primary mechanism of GLP-1RA action in PCOS appears to be weight loss.

The main issue with using GLP-1RAs in PCOS is balancing the reproductive and metabolic treatment strategies in this population. [Ref]

Trulicity is given in the form of an injection once a week and the starting dose is 0.75 mg.

The dose can be increased to 1.5 mg to 4.5 mg gradually at weekly intervals. The maximum dose that can be injected per week is 4.5 mg

Trulicity Vs Victoza Vs Ozempic for weight loss?

Ozempic, Trulicity, and Victoza are among the most potent GLP-1 agonists for the treatment of obesity.

Ozempic and Victoza were compared directly in the Pioneer-4 Trial. Both the drugs significantly reduced body weight compared to the placebo. However, Ozempic was superior to Victoza in terms of weight loss in obese individuals.

Summary of the Pioneer-4 Trial:

Similarly, in the SUSTAIN-7 Trial, Ozempic and Trulicity resulted in significant weight loss compared to the placebo, however, Ozempic was superior to Trulicity.

The weight loss of effects of Ozempic Vs Trulicity are summarized in the table below:

Because weight loss is the only effective intervention in the management of PCOS, GLP-1 agonists can be utilized as treatment options early in the disease process.

Trulicity vs Ozempic for PCOS

Because most types of PCOS are caused by insulin resistance, women with PCOS frequently have elevated blood sugar and insulin levels.

Ozempic and Trulicity may help treat PCOS because they improve insulin sensitivity and blood sugar levels.

However, neither Ozempic nor Trulicity has been approved for the treatment of PCOS. Studies show that GLP-1 receptor agonists such as Ozempic and Trulicity are among many potential therapeutic options for PCOS

Trulicity is a drug that regulates glucose levels and causes weight loss due to its effects on maintaining satiety.

As obesity is a major causative factor and insulin resistance also has a role in the development of PCOS, GLP-1 receptor agonists such as Trulicity are considered to be an effective treatment option for PCOS.