The Vicious Cycle of Obesity and Depression

Personality Changes after Bariatric Surgery may have adverse social effects. It may lead to social withdrawal, divorce, alcohol use, drug dependence, anxiety, depression, and mania.

Depression is common in overweight and obese people. Bariatric surgery and the resultant weight loss have been presumed to cause an improvement in the symptoms of depression.

Obesity is linked with anxiety, depression, and mood disorders. Depression, on the other hand, can also cause social isolation, impairment in physical activity, and binge eating resulting in obesity.

Obesity is an inflammatory state. The excess of nutrients and fatty acids causes the release of stress factors, also called acute phase reactants.

These include interleukins, tumor necrosis factors, and C-reactive protein. These biomarkers are thought to increase the likelihood of depression.

Depression, on the other hand, results in low self-esteem, self-isolation, and immobility. In addition, abnormal eating behavior in patients with depression causes more weight gain and obesity. This vicious cycle continues.

It has been estimated that patients who undergo weight loss surgery are more likely to have concomitant depression and binge eating disorders.

The effect of bariatric surgery on depression has been variably concluded in different studies. Most studies have observed an improvement in the symptoms of depression.

This could be due to an increase in mobility, better self-esteem, self-confidence, and greater motivation toward a healthier life.

In patients with background mental illnesses, and especially those on psycho-therapeutic drugs such as SSRIs (selective serotonin reuptake inhibitors), may have difficulty adjusting to the new diet and physical changes.

The symptoms arising from discontinuation syndrome may be more troublesome in patients who have undergone bariatric surgery.

Most studies have observed a favorable outcome of bariatric surgery on the symptoms of depression.

A meta-analysis of 68 different trials was carried out. It was concluded that pre-operative mental illness does not affect the “weight-loss” outcome, however, bariatric surgery had a consistently favorable outcome in the reduction of depressive symptoms.

Bariatric surgery causes an alteration in the gut hormones and changes the microflora. Bacterial overgrowth and gut-brain cross-talk via gut hormones is a field that has not been fully explored.

Serotonin, gastric inhibitory peptides, and neuropeptides have all been thought to play their roles in altering mood.

Furthermore, significant weight loss in a morbidly obese individual improves physical and social functioning. This also improves the quality of life and the person starts to have a positive outlook on life.

Most patients who undergo Bariatric surgery complain of at least some change in their eating habits. The resultant reduction in the capacity of the stomach causes early fullness and satiety. Patients are less hungry than before they had surgery.

Patients can not take a full meal so they have to split their meals which at times may be bothersome for the patients.

They may also have more risks of developing gastric ulcers and esophagitis and hence can not take meals that are spicy or oily.

In one study, the prevalence of craving for food and loss of control over eating significantly reduced after RYGB (Roux en Y Gastric Bypass Surgery). This effect was maintained for up to seven years after the surgery.

Similarly, the rates of Binge-Eating disorders also significantly declined after bariatric surgery. However, after the third year, the rates of binge-eating increased again.

Binge-eating was associated with less weight loss compared to patients who did not have binge eating disorders.

A reduction in the rates of binge eating is associated with sustained weight loss.

It is very important to identify a subset of patients who may worsen after bariatric surgery. Worsening symptoms of depression have been noticed in some patients. This could be due to a number of reasons and some are mentioned here:

The rates of suicidal risks doubled after bariatric surgery in two clinical trials. One study found that suicide rates were significantly higher in the surgery group than in the control (2.7 per 10,000 people-years versus 1.2 in the control) [Ref].

Another study found that self-harm incidents in 8815 patients who had bariatric surgery (mostly Gastric Bypass) rose from 2.33 to 3.63 per 1,000 patient-years over a three-year period. This was compared with the time before surgery [Ref].

It has been found that bariatric surgery causes an increase in the prevalence of substance and alcohol abuse.

Another multi-institutional study on AUD following bariatric surgery found that the preoperative, one-year, and two-year prevalence of AUD were 7.6, 6.3, and 11.9 percent, respectively, for RYGB and 10.1, 9.0, and 14.4 percent for SG (Sleeve Gastrectomy), respectively [Ref].

Most patients develop AUD after their second year of postoperative care.

Bariatric Surgery and Depression are closely linked. There is a strong possibility that bariatric surgery and the resultant weight loss will have a better effect on the mental health of the person.

It improves the social, self-esteem, and physical well-being of the patient. However, a subset of patients may be at risk of increased suicidal thoughts and tendencies.

Furthermore, the risk of substance use disorder and alcohol use disorder is also increased in a certain subgroup of patients. 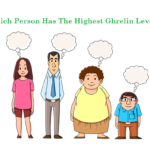 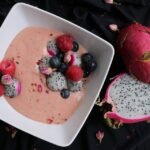