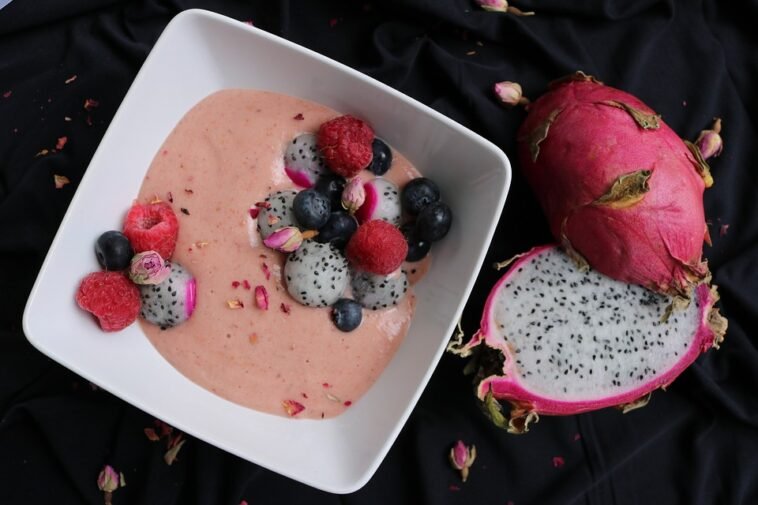 Dragon Fruit for Pregnancy, Diabetes, and Obesity: Because of the minimal amount of calories, lots of fiber, and nutrients, especially iron and vitamin C, it is one of the best fruits to eat during pregnancy and is best for obese individuals with diabetes.

What is Dragon Fruit?

Dragon fruit, also known as “Pitahaya” or “Strawberry pear” is a tropical fruit. It is produced from a cactus called Hylocereus. Dragon fruit is found in Asia, Mexico, South America, and Central America.

It is primarily a fruit of the summer season and early fall. However, because of the advancement in technology, it is nowadays grown throughout the year.

It has become extremely popular due to its huge medicinal potential. Dragonfruit has piqued the interest of various experts in recent years. It contains several phytochemicals that have incredible pharmacological activities.

It can be used as an antidiabetic, antibacterial, anticancer, and analgesic agent. The phytoconstituents are found in the peel, flesh, and seeds of the fruit. It is rich in Vitamin C, Betacyanin, and Lycopene. This fruit is said to be a nutraceutical.

Nutritional Value of Dragon Fruit: The reason it is best for pregnancy:

The nutritional value according to 6 ounce serving of dragonfruit:

Some of the main antioxidants found in dragonfruit pulp include:

Different Varieties and Colors of Dragonfruit:

Dragonfruit exists in three different varieties that include:

Because dragonfruit is high in vitamins and nutrients, as well as possibly disease-fighting antioxidants, it should come as no surprise that eating it daily can improve your health and well-being.

Here are some of the potential health benefits of dragonfruit:

Effect of Dragon fruit on the heart:

Dragonfruit can possibly lower the risk of heart attack and stroke. It could be a perfect snack that may help lower LDL (Bad Cholesterol) levels in the body. High amounts of antioxidants present in the fruit may help in improved heart health.

The phytochemicals in red dragonfruit, which include phenolics and flavonoids, have been found to protect the aorta from oxidative damage and improve lipid profiles in hyperlipidemic animals. [Ref]

Effect of dragonfruit on the Immune System:

Dragonfruit contains Vitamin C and carotenoids which serve an antioxidant role in the human body. These antioxidants prevent oxidative stress and help boost the immune system.[Ref]

Cancer is one of the most common causes of death all over the world. Several natural substances have been known to show anti-cancer properties. Several studies prove that the phytochemicals present in dragonfruit show cytotoxic effects.

While its effect on type 2 diabetes is not significant but increased consumption suggests glucose regulation.[Ref]

The gut contains millions of microorganisms, which aid in digestion. Prebiotics are the substances that promote the growth of healthy gut microbiota which then maintain healthy digestion in the human body.

Dragonfruit contains great amounts of prebiotics, that’s why it increases the number of good bacteria in the gut and prevents various disorders such as diarrhea. Dragonfruit promotes the growth of bifidobacteria and lactic acid bacteria.[Ref]

These properties may also be beneficial in the prevention of inflammatory bowel disease and colon cancer.

One study that tested the effect of dragonfruit against dengue fever demonstrated positive relation between betacyanin and inhibition of dengue virus protease which in turn restrains viral replication.[Ref]

Dragon fruit is one of the fresh fruits that contain iron. It contains 8% of iron according to its Daily value. Dragonfruit also supplies vitamin C which is required for the absorption of iron. It may be used to restore the iron stores in patients with iron deficiency anemia.

Dragonfruit is rich in vitamins and fibers but low in calories. It contains iron and vitamin C which are required during pregnancy and breastfeeding.

However, taking it as a medicinal product and eating it in large amounts on a daily basis is not recommended unless advised by your healthcare provider.

How to eat dragon fruit?

Dragon fruit can be served as an excellent snack. Some of the ways to eat dragon fruit include:

It has a slightly sweet taste like raspberries that can be thought of as a combination of a pear and a watermelon. The taste differs when the fruit is unripe. 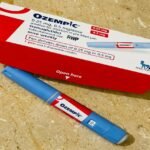