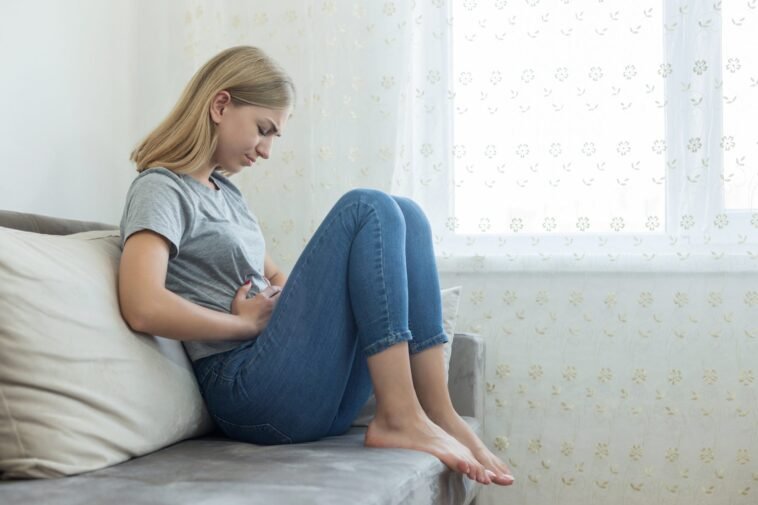 Symptoms of IBS (Irritable Bowel Syndrome) are not the same in every person. As the name indicates, “Irritable” bowel syndrome may cause diarrhea, constipation, alternating diarrhea and constipation, or other gastrointestinal side effects.

Dealing with it could be highly bothersome and have a big impact on your daily life activities and quality of life.

IBS has been linked to stress, anxiety, depression, a family history of IBS, oversensitive gut nerves, and how fast or slowly food goes through your stomach.

The colon muscle tends to contract more often in IBS sufferers than in people who do not suffer from irritable bowel syndrome.

This condition results in abdominal cramps and stomach pain in such patients. Additionally, IBS sufferers frequently have a lesser capability to tolerate pain.

Further, research has indicated that IBS symptoms may be exacerbated by an overabundance of microorganisms in the GI tract.

Three out of four IBS sufferers experience ongoing or regular stomach discomfort, with pain serving as the main contributor to their irritable bowel syndrome’s severity.

Importantly, and in contrast to chronic pain in general, IBS discomfort is frequently accompanied by changes in bowel habits (diarrhea, constipation, or both). [Ref]

Although it can be felt anywhere in the abdomen (belly), the lower abdomen is where chronic discomfort (pain lasting six months or more) is most frequently reported in IBS.

It could get worse just after eating, get better after a bowel movement, or occasionally get worse. It can alter over time and is not always predictable.

IBS patients who have chronic stomach discomfort do not typically have structural damage, such as ulcers, but the pain is nevertheless very genuine.

The brain receives the feeling after it originates in the gut and interprets it as pain. The agony is unrelated to physical harm that is immediately apparent, such as a fractured bone.

According to brain imaging, patients with IBS experience greater stomach discomfort than average while under a particular amount of stress.

People who have IBS are hypersensitive; as a result of their heightened sensitivity, a stimulus hurts them more. They might be more painful than others or feel pain that is more intense than others, a condition known as allodynia (called hyperalgesia).

Bloating: One of the most common symptoms of IBS:

In one study, 60% of IBS patients evaluated bloating as the most troublesome symptom, whereas 29% identified pain as the most invasive symptom. [Ref]

Women with IBS report abdominal bloating and distention more frequently than males do. Bloating symptoms in women get worse around menstruation time. [Ref]

In most research, bloating is more common in IBS patients with constipation than in those with diarrhea, while some studies found no association between bloating and any particular defecation pattern. [Ref]

IBS-D is a subtype of IBS marked by symptoms of bloating or stomach discomfort as well as often loose or frequent feces.

Any gender or age group can get IBS-D, however, young girls are more likely to experience it than men or elderly persons.

In some individuals who suffer from IBS, the intestines may contract quickly, which can result in both discomfort and quicker stool movement.

This reduces the time the gut has to absorb water from the food being digested, resulting in loose or watery stools.

A change in diet and lifestyle can totally reduce symptoms in some persons with mildly irritable bowel syndrome-related diarrhea.

From patient to patient, specific foods that aggravate symptoms might vary greatly. There are several foods that include lactose or gluten that are typical issue foods for persons with IBS-D, but there is no good testing to determine which foods may cause symptoms. Avoiding these foods can help those people’s symptoms.

Constipation and stomach discomfort or bloating coexist in IBS-C, a form of IBS. When feces don’t move across regularly enough, constipation commonly results (less than three times per week).

Firm, challenging-to-pass feces and the impression of an incomplete bowel movement are symptoms of constipation.

Some patients discover that specific meals might “trigger” or bring on IBS-C symptoms. The precise foods that trigger symptoms might, however, differ greatly from person to person.

One can benefit from eating more soluble fiber, such as that found in oats, psyllium, and flax. It’s frequently advised to reduce your intake of gas-producing foods, drinks, and caffeine. Studies have been done on particular diets, and some patients have benefited from them.

Some Other Symptoms of IBS

How Can You Treat Symptoms of IBS?

The goal of IBS treatment is to reduce symptoms as much as possible to allow you to lead a normal life.

Medications that are most helpful in the treatment of IBS are:

Novel treatments have also been approved for the treatment of IBS. These include: