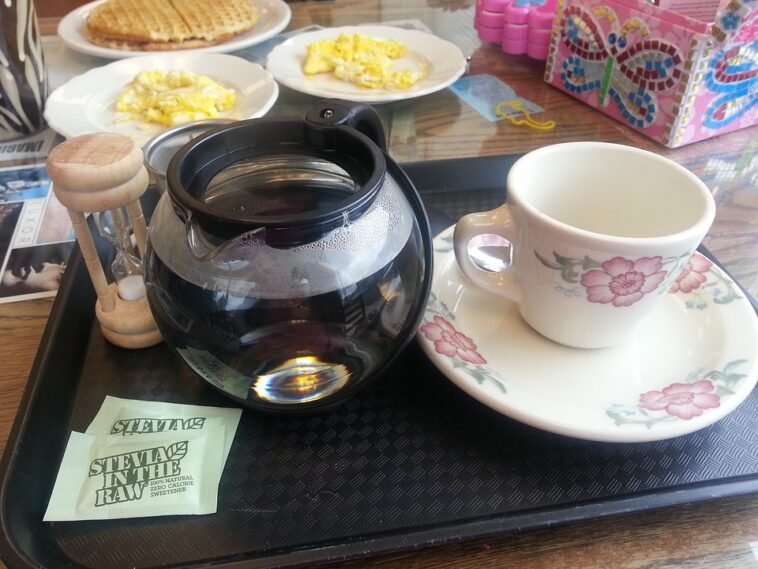 To date, five artificial sweeteners have been approved by the FDA. These include four synthetic and one natural sweetener:

Furthermore, high potency sweeteners can blunt the sugar receptors and people tend to limit the use of nutritive and low-calorie foods like fruits and vegetables.

It has been observed in animal studies that the chronic high consumption of artificial sweeteners can result in insulin resistance, hypertension, and high blood triglyceride levels [Ref].

When used in low doses for short durations, some studies documented their nutritional benefits along with improvement in glycated hemoglobin.

However, long-term use in one animal study was associated with elevated liver enzymes, pro-inflammatory markers, and glycated hemoglobin. 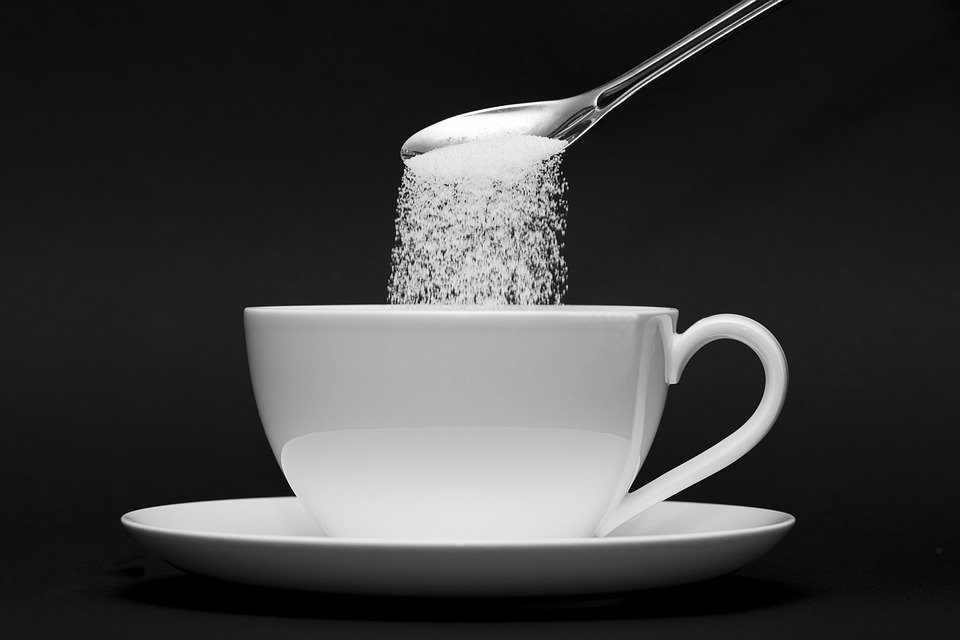 Of all the things and strategies that are used for weight loss, artificial sweeteners take the trophy for being the easiest and the most convenient to use.

These sweeteners do their magic by making the diet sweet and delicious and still not adding any sort of calories to it.

The main reason behind their popularity is how they taste good but still do not contribute to any weight gain.

People do not like to eat anything that tastes dull and since most of the weight loss diets require you to either quit eating the typical number of meals or make them sugar-free, it is only reasonable that people are compelled to go for artificial sweeteners.

What are Artificial Sweeteners?

These synthetic sweeteners are chemical compounds that contain no calories and do not play any role in delivering energy to the body. Nevertheless, they can taste sweeter than sugar and make your diet taste good.

These artificial sweeteners come in a great variety, much of them are approved by the Food and Drug Administration (FDA).

Examples of such sweeteners are given here.

Two of these sweeteners have caught the eye of many users for their efficiency in inducing weight loss.

These two are Stevia and Splenda. Before we get into pinpointing the differences between these two, it is essential to know about the basics.

What Do We Know About Stevia?

Stevia is a substitute for sugar which is derived from the leaves of the stevia plant and it tends to be 100 to 300 times sweeter than raw sugar. It can have a bitter flavor or to some people, it can taste like menthol.

It can serve to sweeten your morning coffee or your oatmeal. As it contains no calories or carbohydrates, it induces no weight gain.

What Do We Know About Splenda?

Splenda being the brand name for sucralose is 600 times sweeter than sugar but it provides no calories. It is one of the sugar alternatives that are approved by the Food and Drug Administration.

Many of the sugar substitutes can lose their sweetness when heated, which is why they can be used in a cup of hot coffee.

But Splenda can stand a temperature as high as 450° F, so it is safe to use. This substitute is found in many baked goods and even chewing gums etc. 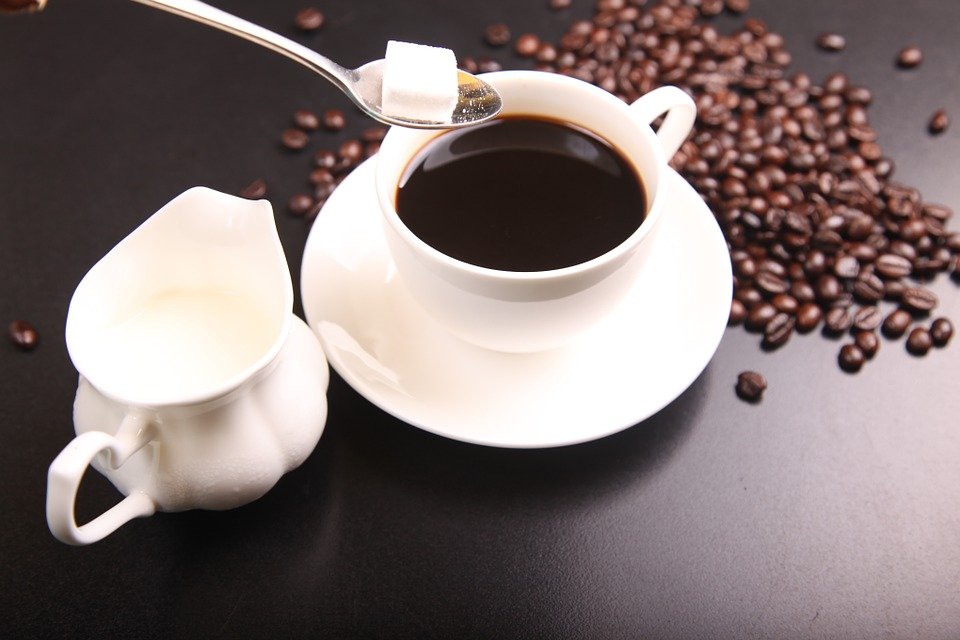 Which is Better: Stevia or Splenda?

Both Stevia and Splenda are “ZERO Calorie” artificial sweeteners. However, there are some differences between the two.

Splenda Has Higher Intensity Of Sweetness Than Stevia

It is commonly believed that natural sugar is the sweetest form of all existing ingredients. However, that is not the case since sugar substitutes can be much sweeter than the table sugar we use.

Both Splenda and Stevia are more intensely sweet than sucrose and among these three forms of sugar, Splenda takes the crown for being the sweetest of them all.

The sweetness in stevia is due to the natural compounds found in the stevia plant called steviol glycosides. [Ref]

Splenda is roundabout 600 times sweeter than table sugar which means that only a small amount of this alternative can be used to get the desired sweet taste.

However, it is believed that chronic or excessive usage of artificial sweeteners can in fact enhance your appetite for sugar-filled items leading to over usage of Splenda. [Ref]

Composition of Stevia and Splenda:

Both of these sweeteners are different from each other regarding their compositions as well. Stevia is more towards the natural side as compared to Splenda. Both of them are sold in liquid, powdered or dried forms.

Stevia is derived from the leaves of the stevia plant which are harvested and then dried and soaked in hard water; therefore, it is considered a natural form of sugar alternative.

Cariogenic Diet: Foods that are Bad for Enamel

Stevia leaves or the crude form of stevia are not safe for usage. However, Splenda is the brand name for sucralose & synthesized from a sugar molecule making it an artificial product. Splenda was formulated to taste like sugar while offering no calories.

Nutritional Composition of Stevia and Splenda:

Nutritionally these two differ in minor ways. Stevia offers zero calories but has 1.5 grams of carbohydrate composition in a single tablespoon. A very little amount of Stevia is required as it is 300 times sweeter than sugar.

The FDA has regarded any food item that offers less than 5 calories as calorie-free [Ref]. Splenda meets these requirements as it contains only 4 calories in a single tablespoon. It offers fewer carbs than stevia; only 1 gram.

Their uses are quite similar to each other since both of these artificial sweeteners are famous and frequently used.

Stevia can stand a temperature as high as 200 degrees Celsius. It can be used for baking purposes. You can add this sweetener to desserts, sauces, soups and even use it as a salad dressing.

The powdered form of stevia can be used in any dish that requires you to add sugar. But since it is sweeter than sugar, it is advised to use half the amount, e.g., 100 grams of sugar is equal to 50 grams of Stevia.

Splenda can be used to sweeten beverages like coffee or a hot cup of tea, you can add this to your fruit drinks as well.

Which One is Healthier to Use: Stevia Vs Splenda?

Although both of the sweeteners are common in use, still they can cause health issues if not used in moderation. Any sweetener can be detrimental if it is used in excess amounts.

In fact, overdosing on artificial sweeteners has led to an increase in weight and waist circumferences in the long run. [Ref]

Sucralose or Splenda can be carcinogenic according to research but more research is needed to support this statement.  [Ref]

Sweeteners can transform the composition of the gut microflora. Splenda can modify the natural microbiome and leave the harmful bacteria intact. [Ref]

This can result in various illnesses including:

In conclusion, Stevia tends to be safer and has less damaging influences on the body in comparison to Splenda. 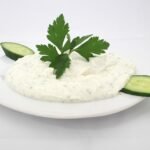 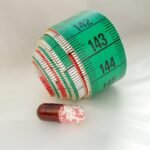