Semaglutide is a novel diabetes medicine. It has been recently marketed in Pakistan by Novo Nordisk Pharmaceuticals for the treatment of patients with diabetes mellitus type 2.

It has superior glycemic efficacy compared to most other antidiabetic medicines and GLP-1 analogs. It is associated with significant weight loss.

Ozempic is a once-weekly formulation of Semaglutide. It is administered as a subcutaneous injection once a week.

Rybelsus is available as an oral tablet in other countries. It is given in a dose of 3 mg, 7 mg, or 14 mg once daily.

Wegovy has only been approved for the treatment of obesity, especially among diabetes patients who are obese ( diabesity).

Like Ozempic, it is also administered once a week as a subcutaneous injection.

Other GLP-1 analogs being used in Pakistan:

Currently used GLP 1 analogs in Pakistan are Liraglutide and dulaglutide. Of all the GLP 1 analogs, Ozempic is considered to be the most effective in terms of blood glucose control and especially for the treatment of obese diabetic patients.

Semaglutide Injection (Ozempic) costs 19500 PKR a month in Pakistan. One single pen injection has a total of four doses. Each dose is given as a once-weekly subcutaneous injection.

Ozempic can be bought directly from the Novo helpline at a monthly discounted rate of PKR 16000 a month.

Ozempic Price in the US:

Ozempic and other brands are too costly. They are usually prescribed to diabetic individuals with insurance covering the cost.

Side effects and Contraindications to Ozempic Use:

Like all GLP 1 analogs, it is associated with gastrointestinal side effects. Most patients develop nausea, vomiting, and bloating after meals.

Most of these side effects can be prevented by initiating the smallest dose i.e. 0.25 mg once a week. The dose can then be increased to 0.5 mg once a week after a month.

Other simple maneuvers to reduce the GI side effects include taking a balanced healthy diet and antacids.

In acutely ill patients, Ozempic and other brands of Semaglutide should not be used as it can lead to dehydration and acute renal failure.

It is also important to reduce the dose of concomitant glucose-lowering drugs, especially insulin and insulin secretagogues.

The risk of hypoglycemia increases when Semaglutide (Ozempic) treatment is initiated in patients on other anti-diabetic medications.

Patients should discontinue taking other GLP-1 analogs and DPP-IV inhibitors such as Sitagliptin, Vildagliptin, and Linagliptin when started on Semaglutide treatment. 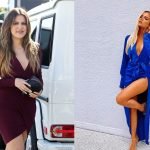