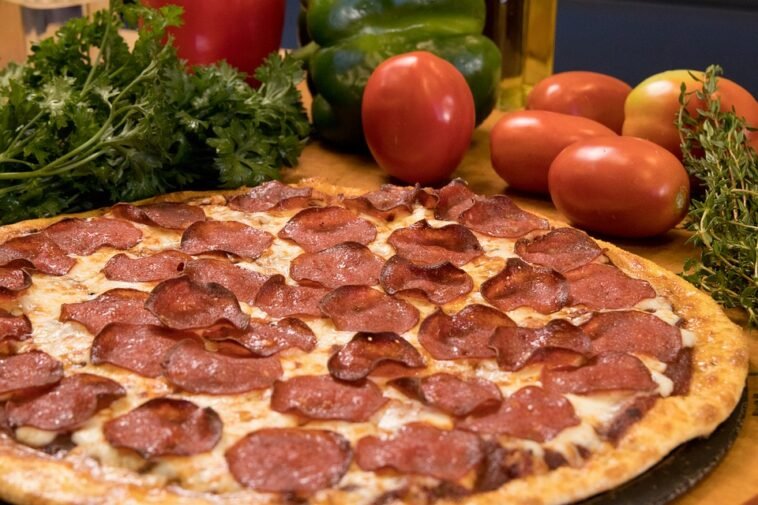 Pepperoni Pizza is beef, pork, or turkey pizza with Pepperoni topping. It is one of the most desired pizzas in the United States and other countries. It is very rich in calories and should not be eaten very frequently.

Fast foods are anything but healthy, despite that people still choose to eat a pizza, burger, or fries over a healthy fruit salad. We all know that when it comes to fast food, pizzas top the list.

Everywhere, around the globe, people love eating pizza to the point that it has contributed to unhealthy weight gain at a great level.

As unhealthy as this fast food is, its consumption is higher than it ever was before. But on another note, we cannot deny how tasty and delicious it is and has a lot of variety, which just tells you why people love it so much.

This extremely loved fast food comes in different flavors, one being better than the other. So, when we talk about flavors, the thought of this special flavor comes to our mind. Yes! We are talking about ‘pepperoni pizza’.

The most favorite and admired topping of any pizza is “pepperoni”. We have to talk about how and why it became this famous.

Where Did Pepperoni Come From?

The word ‘pepperoni originated from the Italian word ‘pepperoni (plural: peperone) which means ‘bell pepper’ in English. It was first used to describe a sausage back in 1919.

Back in 1919, Italian butchers and pizzerias started flourishing in the city of New York and that is when it was first heard of ‘pepperoni’.

Even though the word is Italian, the actual pepperoni was not invented in Italy but in America. In fact, an Italian salami called pepperoni does not exist. Therefore, it is not an actual native Italian recipe.

It is referred to as an American variety of salami. Moreover, there are some spicy Italian salamis that contain the same color and flavor.

What Is a Pepperoni Pizza?

To put it into a nutshell, a pepperoni pizza is a pizza with pepperoni topping. This famous pizza topping is a spicy Italian dry sausage, made from only pork or a mixture of beef and pork.

In some cases, turkey meat is also used as an alternative. The use of poultry for pepperoni is common as well. It is a little smoky and bright red in appearance.

In comparison to the Italian salami, American pepperoni has a soft texture, a finer grain, has an artificial casing, and is relatively less spicy.

Pepperoni is the most desired pizza topping in America. Size-wise, pepperoni for pizza toppings is usually 1 inch in diameter (which is equal to 2.54 cm).

In shops, it is sold in sticks or it may be available pre-sliced and wrapped in vacuum packaging. Some pizzerias use a larger slice of a pepperoni pizza for reducing the chances of pepperoni burning in a hot pizza oven.

It was an Italian tradition to cure meat and then wrap it in a natural casing in order to dry and preserve it.

This technique was very helpful in winters when there will be no access to fresh meat, as it helps to store sausages for a long period. It is produced in the United States of America on a great level every year.

How Is Pepperoni Pizza Made?

Primarily it is made from pork but it can be a mix of pork and beef. Initially, the meat is ground together and then set to dry in a refrigerator for 24 hours, prior to being processed.

Afterward, some spices can be added to the pepperoni as well, e.g., black pepper, cayenne pepper, and paprika, etc.

The red color of pepperoni is due to paprika in it but it can also be because of the curing of meat with nitrites or nitrates which react with heme in the myoglobin and give off the reddish hue.

After the addition of chosen spices, the meat is then put inside a machine where it is twisted and then tied. The final product is hung and dried for a total of 6 to 8 weeks till it is completely cured.

Well, it depends on the type of meat that is being used for pepperoni, and as we know that typically pork is used which is not allowed in Islam.

In conclusion, pepperoni pizza is haram or forbidden for Muslims if pepperoni is made of haram meat.

Recipe For A Pepperoni Pizza:

Preheat an oven for at least 20 minutes at 500°F. Take pizza dough and roll it out on a smooth and lightly floured surface then let it rest till it comes to room temperature. Roll out your dough into a complete circle (you can make the dough as big as you want).

You can then transfer the dough to an iron skillet. Leaving ¼ inch of the crust, add a light layer of pizza sauce on top of the dough.

In order to preheat the pizza, on a high heat burner, place the iron skillet for 2 to 3 minutes. Transfer the skillet to an oven at 500°F and then bake for 10 to 12 minutes.

In a slice of pepperoni pizza weighing around 111 grams, there are 313 calories. Of the 313 calories, 119 calories are from fat.

Is It Healthy To Eat A Pepperoni Pizza?

Everything can be healthy if eaten in moderation. If we look at the nutritional value of a single slice of pizza giving 313 calories, we know that 2 slices will give 626 calories and people normally eat 2 slices of a pizza.

So, we are aware that pepperoni is highly calorie-dense, and overdosing on it will be anything but good for our health. But in case you are on a healthy diet and want to give yourself a treat you can eat a slice to fulfill your cravings. 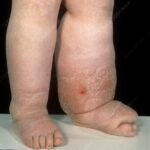 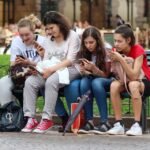