Gooseberries are small oval-shaped fruits that grow in temperate climates, mainly in Europe, North America, Siberia, and the Northern Hemisphere. They resemble grapes in appearance but are more closely linked to currants. They are loaded with antioxidants, vitamins, and polyphenols. These small fruits are very low in calories and are cholesterol-free along with essential nutrients Vitamin A & C.

Their exterior surface might be smooth or fuzzy (hairy), and veins can be seen. A berry’s inside may contain 15-30 small edible seeds. The berries are typically 1-2 cm wide and weigh between 4 and 10 g. Raw berries are only available for a short duration during summer and are available in temperate regions only, so canned gooseberries are a great substitute.

Nutritional Value of a 100 gms serving of Gooseberries:

Several other types of gooseberries include:

The antioxidants found in gooseberries include:

Gooseberries are loaded with phytochemicals and are very beneficial. Some of the health benefits include:

Gooseberries role in the prevention of Heart Diseases:

Gooseberries are rich in flavonols and phenolic acids. These compounds have a cardio-protective effect and they help in slowing down the progression of Arteriosclerosis. One study which examined the effect of dietary flavanols on the heart concluded that consumption of flavanols was inversely related to a reduction in ischemic heart disease mortality rate. [Ref]

Some studies have also mentioned the effect of flavanols on vascular function. They have been found to improve vascularization and cause vasodilation.

Gooseberries are a good source of healthful fiber, with 6.5 g of fiber in 1 cup of raw gooseberries. Fiber consumption, particularly soluble fiber (typically found in berries), is closely linked to a lower risk of heart disease Gooseberries include both fiber and potassium, which can assist to reduce cardiovascular morbidity and mortality.

Indian gooseberries have been shown to have antihypertensive, hypolipidemic, antiplatelet, anticoagulant, and vasodilatory effects. Studies conclude that it improved vascular endothelial function and prevents both ischemic heart disease and isoproterenol cardiotoxicity. [Ref]

Gooseberries have several phytochemicals that exhibit anti-cancer properties. For instance, Quercetin, found in gooseberries inhibits the growth in cancer cells and induces autophagy.

A study on anticancer properties of Indian gooseberries suggests that Polyphenols and hydrolyzable tannin-derived substances found in it act as antioxidants. Ellagic acid, gallic acid, and chebulagic acid are three well-studied examples. In reaction to carcinogens and reactive oxygen species, these and other tannins from Indian gooseberries have been shown to reduce mutagenesis and lipid peroxidation. These are also shown to be beneficial against breast, prostate, and ovarian cancers.[Ref]

Although people with diabetes need to control their portion size of fruits along with careful monitoring of the glycemic index of each fruit. Gooseberries have been found to have a hypoglycemic effect in prediabetic individuals. The Indian variety have been shown to induce fasting hypoglycemia in diabetic and prediabetic individuals although further clinical research is needed in this regard.[Ref]

Gooseberries, particularly the Indian variety has a cognitive role. It is known to improve brain function due to the presence of phenols and tannins in abundant quantities. Many studies suggest that it has a beneficial role in slowing down the progression of Alzheimer’s Disease.

It has the ability to diminish a wide range of Alzheimer’s disease pathogenic processes. Indeed, recent animal studies relevant to AD found that co-administration of Amla tannoids inhibited tau hyperphosphorylation by targeting the GSK-3/Akt signaling pathway and reduced symptoms of oxidative stress in rats which were treated intraperitoneally with Aluminum chloride to produce toxicity in the brain. These results suggest that amla has promising effects to slow the progression of Alzheimer’s Disease.[Ref]

It can also be protective against other neurological disorders such as tardive dyskinesia, epilepsy, Parkinson’s disease, depression, and Huntington’s disease but further research is needed in this area.[Ref]

Gooseberries are loaded with vitamin C, zinc, and Vitamin E. Vitamin C is a potent antioxidant and a key precursor to collagen production (necessary for skin integrity) that’s why Vitamin C is important for wound healing. Vitamin E is also an antioxidant that aids in the process of repair. [Ref]

How are Gooseberries Stored and Consumed? 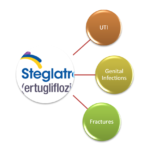