Ubrelvy Vs Nurtec Reviews by patients who voted for either of the two gepants are posted here. Ubrelvy is Ubrogepant while Nurtec is Rimegepant.

Both drugs are available in the form of oral tablet formulations. However, Nurtec is available as orally disintegrating tablets that are easily dissolved when put under the moist tongue. Ubrelvy has to be taken with a glass of water.

Since Nurtec instantly dissolves and reaches the systemic circulation fast, it acts more rapidly than Ubrelvy.

Another difference is in the dosing regimen. Nurtec can be taken only as a single tablet per day for acute migraine treatment while Ubrelvy can be repeated if the headache persists.

The maximum dose of Nurtec is 75 mg per day while Ubrelvy can be given in a dose of 50 to 100 mg and the dose can be repeated. So the maximum per day dose of Ubrelvy is 200 mg per day.

Up to 15 – 18 doses can be taken per month in the case of Nurtec while the safety and efficacy of more than 8 doses of Ubrelvy per month have not been established.

Nurtec Vs Ubrelvy (Rimegepant Vs Ubrogepant)

Ubrelvy Vs Nurtec Reviews of Migraine Patients on Reddit:

A total of 33 reviews of patients who compared their experiences using Nurtec and Ubrelvy for migraine headaches are being shared here.

Some people found either both useful or both the drugs didn’t help them.

Nurtec Vs Ubrelvy: People who found Nurtec better than Ubrelvy:

“You’ll have to try both. For every person who loves Ubrelvy and says Nurtec doesn’t work, there’s someone who says the opposite, lol.

“Nurtec is my prevention because it worked so well as an abortive- 20 min to start helping and I felt great the next day.

As a preventive, it’s lowered my threshold to the point where the majority of my 0-3 attacks/month respond to just OTCs (Dramamine and painkiller), which hasn’t been possible in years.

I also tried Ubrelvy and had to max out the dose and add ibuprofen for it to work decently. No side effects on either for me. Everyone is different though- usually one or the other works, sometimes neither.”

“Some people don’t respond to Nurtec and others can be responsive to Ubrelvy.

I respond well to Nurtec and I think Ubrelvy is garbage, so you might have better luck with Ubrelvy or you can inquire about Qulipta.”

“Nurtec is amazing for me. Ubrelvy is like a freaking sugar pill. It does absolutely nothing. Never tried the other one.”

“I’ve never tried Ubrelvy since Nurtec was such a hit. Glad I didn’t let my bum experience with Aimovig put me off CGRP blockers, it’s been a big life-changer.”

Found out the hard way this week that the Ubrelvy didn’t stop the rebounding though which is a bummer.”

“Ubrelvy did nothing for me. I am currently on Nurtec and happy with it. I haven’t tried Qulipta yet.”

“Aimovig injections as a preventative. Nurtec as an abortive.

It’s my most effective migraine solution! I was on Ubrelvy before Nurtec but didn’t find it to be much help.”

“I would give it more than one shot. I did that with Ubrelvy, which was a total joke for me but works for some people.

Nurtec works wonders for me but it doesn’t touch my exercise-induced or hormonal migraines.”

“Ubrelvy I have to max out the dose and it doesn’t work for me without ibuprofen or other support. No side effects for me on either.”

Nurtec Vs Ubrelvy: People who found both drugs equally effective:

“Nurtec is working pretty well for me. Ubrelvy also worked great for me, and they’re quite similar. (Though Ubrelvy is a horse pill, and Nurtec is like a strange after-dinner mint…)”

“Nurtec has been the best abortive I’ve had next to Ubrelvy. Plus I finally got the prior Auth from Tricare so no more samples yay.”

“My only complaint about Nurtec is the taste, seriously why are all ODTs mint flavor, and it being so fragile. Seriously don’t push it through the package, and make sure your hands are completely dry.”

“I found both effective, Nurtec worked a little faster but more nausea.

“I’m taking it as a preventative right now, too, and it’s working quite well for me.

But Ubrelvy and other CGRP-related meds have worked really well for me too, so maybe that’s just not your best route. I hope you get it worked out!”

“After trying sumatriptan and having an awful experience on it, my doctor gave me samples of both Nurtec and Ubrelvy.

In my experience with the samples, both of them worked to stop migraines equally. However, the Nurtec took just a bit longer.

Nurtec would get rid of the symptoms in about 2.5hrs; Ubrelvy took about an hour.

There has only been one time on the Ubrelvy samples where I had to take additional ibuprofen to get the migraine to clear completely.

Neither of them had side effects at all. After using the samples, I decided to go with Ubrelvy. I figured if Ubrelvy ever stopped working, then I can switch to Nurtec later.”

“Nurtec, like a meltaway, works a little faster but tastes like minty chemicals and the packaging is fucking stupid. Ubrelvy has normal packaging and creates less nausea.

I’m usually tired from migraines anyway, I didn’t notice that, particularly with either one. They both work well on my migraines, which have yet to respond to anything else.”

“My current strategy is verapamil and magnesium for prevention, then Ubrelvy for attacks with an otc painkiller (ibuprofen, Excedrin, aspirin as on hand).

If that fails with repeated doses, prednisone and sprix.” “I was taking Nurtec until recently but just switched to Ubrelvy because the neuro wondered if the aspartame in the melt-away was causing my rebound.”

Ubrelvy Vs Nurtec: People who found Ubrelvy better than Nurtec:

“Nurtec did nothing for me either, but my migraines are connected to my neck injury. Maxalt and Ubrelvy work wonders”.

“Nutrtec made my migraines worse, and Ubrelvy does nothing”

“Nurtec works sometimes for me as an abortive, with no side effects. But Ubrelvy is more effective.”

“Nurtec was like taking a sugar pill for me. I’m trying Ubrelvy now, and I’m not sure how effective it is.”

“Nurtec is nothing for me, Ubrelvy is good, though, gives a solid 5-6 hours of relief. Make sure you get the 100mg.”

“It didn’t do anything for me. I have Ubrelvy now and I honestly can’t tell if it works or not. Sometimes I get relief from it, other times I don’t.”

“The gepants are processed through your liver, the -mabs (Aimovig, Ajovy, and Emgality) aren’t. Nurtec does nothing for me and Ubrelvy I need 100mg and it lasts the half-life.

“I take a triptan and Ubrelvy regularly, either two you have 19 pills a month. Nurtec sucks, though. Might as well be a tic-tac.”

“Didn’t work for me either. Maxalt (Rizatriptan) and Ubrelvy do”

“Weirdly Nurtec did nothing for me and Ubrelvy is my miracle drug. And they’re super similar! So don’t give up hope”

I take Qulipta and it’s helpful in cutting down migraine days. I never took every other day dosing for Nurtec, only as needed, and it did absolutely nothing for me.

Ubrelvy 100 mg works like a charm though. So I think it may just be trial and error with your body chemistry. Don’t rule all the CGRPs out just bc one didn’t work.

“It did not work for me, but Ubrelvy usually does the trick. When that doesn’t work, Cambia.

Unfortunately, I don’t really have “lighter” migraines anymore. Either I’m fine or I feel like I am dying. I was so disappointed when it didn’t work though, I heard so many good things about it”

“Nurtec did nothing for me. Ubrelvy on the other hand helps quite a bit. Unfortunately, there is nothing that can take the place of Imitrex (sumatriptan) though.

Nurtec Side effects Reviews on Reddit by Migraine Patients 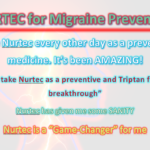 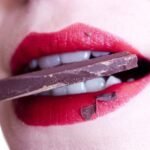