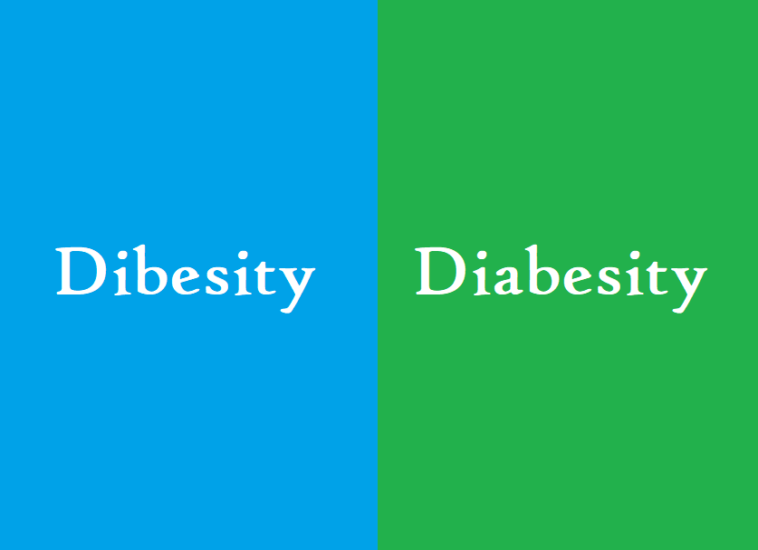 Diabesity is a new medical term. It is rather a medical condition encompassing the two global pandemics of diabetes and obesity.

When a person is obese and has diabetes at the same time, he/ she is said to have “Diabesity”. This new medical terminology is similar to “Metabolic Syndrome“, however, it is a more simplified version of metabolic Syndrome.

Furthermore, it does not include hypertension or prehypertension, and dyslipidemias.

Why understanding Diabesity is important?

The main aim of the term “Diabesity” is to emphasize the role of obesity as a causative factor for the development of prediabetes and diabetes.

The management of diabetes is evolving. Until now, most drugs used to treat diabetes focused on insulin production or insulin sensitivity.

These drugs, especially the older generation medicines such as sulfonylureas, are associated with more weight gain.

Since obesity is the key factor for the development of diabetes, more weight means more uncontrolled diabetes and more complications.

This vicious cycle needs to be broken. Most novel drugs now focus on weight reduction. Out of a total of six FDA-approved weight-loss medicines, two of them are also used to treat diabetes.

GLP-1 analogs play an important role in the medical management of Diabesity.

Liraglutide and the novel GLP-1 analog, Semaglutide are the two GLP-1 analogs that are used to treat diabetes and have also been approved for the medical management of obesity.

Important drugs for the management of Diabesity:

Since obesity is the key determinant of diabetes here when we talk of diabetes in the context of obesity, the most effective drugs for the medical management of diabesity are primarily “weight-loss” medicines.

However, Liraglutide (Saxenda and Victoza) and Semaglutide (Rybelsus, Ozempic, and Wegocy) are of special interest as these drugs are used to treat both conditions simultaneously.

It is also important to avoid drugs that are associated with weight gain. Common drugs that cause weight gain include antidepressants and diabetes medicines.

Which Antidepressant Does Not Cause Weight Gain; SSRIs Review

Most surgeons think the management and reversal of diabetes is primarily a domain of surgeons nowadays. The field of bariatric surgery is evolving and various weight-loss surgeries are already being practiced.

With bariatric surgery, up to 60% of the body weight has been lost by obese and superobese individuals. Most patients who lost weight have also reported a reversal of diabetes, hypertension, and reduction in their cardiovascular risk factors.

Different weight-loss surgeries have their own advantages and disadvantages. However, the mortality rate is less than 1%.

Furthermore, a person who undergoes weight loss surgery has to modify his/ her diet in order to avoid weight regain.

The gut is one of the major endocrine organs. Bariatric surgeries do not only exert a mechanical effect in inducing weight loss, they also alter the hormones responsible for hunger and satiety.

The most commonly involved hormones are the Ghrelin, Leptins, and Dipokines.

What is Ghrelin? How it affects appetite in Obese Individuals

Leptin hormone is associated with weight loss since it suppresses the appetite. Various foods, especially those rich in fiber have resulted in increased leptin levels and caused weight loss.

If you have had weight loss surgery or have tried drugs to lose weight, please cast your vote at the end. 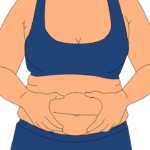