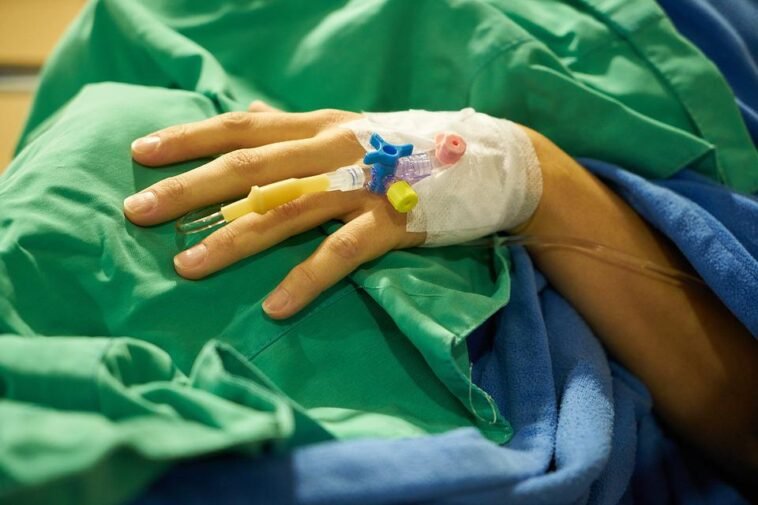 Biologics for lung cancer treatment may revolutionize and improve survival in patients with lung cancer.

Patients with stage IV lung cancer usually do not survive beyond six months after the diagnosis even when treatment is given in the best centers of the world.

In addition, most patients can not tolerate the usual chemotherapeutic drugs because of serious side effects. Biologics are highly targeted therapies with the least side effects compared to conventional therapies.

What are the 5 Biologics for Lung Cancer:

Biologics are pharmaceutical products obtained from biological sources and used for medicinal purposes. To treat different diseases, different biologics are present on the market. Following are some of the biologics used to treat lung cancer.

Anaplastic lymphoma kinase inhibitors are the common name for all of the biologics discussed above (ALKI). ALK is a protein that regulates cell development in the body.

Specific inhibitors of ALK block these proteins to stop cancer cells from metastasizing and spreading throughout the body.

Here is a detail of the 5 Biologics for Lung Cancer:

A biologic called Alecensa, a protein kinase inhibitor is available and is marketed for the treatment of non-small cell lung cancer.

A mutation in the gene ALK is restricted or blocked by this tyrosine kinase inhibitor and the product of this gene is inhibited, resulting in the halting of cancer cells, especially in NSCLC.

It is an oral drug for lung cancer. Though it is beneficial it has side effects as well.

Apart from this, the most common side effects are as follows:

600 mg twice a day is recommended for NSCLC.

If unbearable, cut down the dose to 450 PO BID.

Further reduction up to 300 mg is acceptable. Otherwise, stop using this drug and contact healthcare.

A biological drug that comes under the name of Alunbrig is effective in the treatment of lung cancer. It works by two phenomena.

First, it is an anaplastic lymphoma kinase inhibitor and the second is an epidermal growth factor receptor inhibitor.

It normally works by binding with ALK, stopping the phosphorylation of ALK and EGFR and thus inhibiting the production of their mutant genes.

It is effective in NSCLC. Its half-life is about 25 hours which indicates its long-term effectiveness after a single dose.

For NSCLC, 90mg per day for a week is given. It is increased up to 180mg if it is tolerated by the body.

If the person is unable to tolerate 60mg, stop using it.

An oral receptor kinase inhibitor of the protein Anaplastic lymphoma kinase, this pharmacologic. It works by binding to ALK and restricting the mutations of this ALK gene.

By binding this inhibitor, the signaling pathway is also affected in the (tumor)cells in which the expression of ALK is upregulated.

ALK is just like the member of the insulin receptor, responsible for the development of CNS. it is normally prescribed in cases of NSCLC.

While on ceritinib, the serum levels of ALT are elevated, showing damage to liver cells. The half-life of this drug is 41 hours which indicates the long-lasting effects, probably more than that of Brigatinib. It is sold under the name of Zykadia or Spexib.

The first reduction of the dose is 300mg per day followed by 150mg if the effects persist.

After that discontinue the drug.

Crizotinib is a receptor inhibitor of tyrosine kinase which is used for the treatment of lung cancer, especially NSCLC.

It was sanctioned by FDA in 2011 for lung cancer as well as ALK-positive tumors. The half-life of this drug is 42 hours.

250mg twice a day is recommended for NSCLC.

For adverse effects, reduce the dose to 200mg twice a day.

For further reduction, 250mg per day.

After that stop using if the same effects sustain.

Once more, the drug of choice for stopping the spread of metastatic NSCLC is an anaplastic lymphoma kinase inhibitor. It received FDA approval in November 2018.

In addition to NSCLC, it is suggested in advanced non-small cell lung cancer that is ALK-positive. ALK causes mutant products to be produced in tumors, which aids in the body-wide spread of cancer.

So this drug inhibits or blocks the ALK receptor to stop metastasis. One of the unique properties of Lorlatinib is that it can cross the blood-brain barrier easily. So due to this property, this drug can also treat brain tumors. Its half-life is 24 hours.

100mg for NSCLC is prescribed orally per day.

If adverse effects are seen, reduce the dose to 75mg or 50mg.

If still side effects are there after 50mg, stop using it.