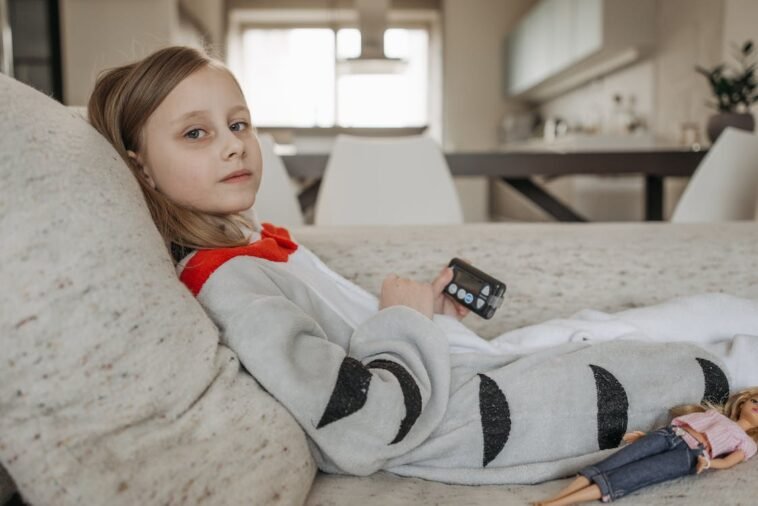 Omnipod device is primarily used by people with Type 1 Diabetes because they require multiple injections of insulin. Type 2 diabetics usually require oral insulin sensitizers. However, at some stage, they may become insulin deficient and require insulin therapy.

In addition, Omnipod administers insulin precisely. People with brittle diabetes such as those who have marked fluctuations in their blood glucose with minimal changes in insulin may best be treated with an insulin pump such as Omnipod.

People with Type 2 diabetes can maintain their blood sugar levels without several daily injections with the Omnipod DASH® Insulin Management System if insulin therapy is required. The Omnipod technology is very simple and intuitive to use [Ref].

A little white “Pod” that you wear on your skin and contains insulin can be worn for up to three days before it needs to be changed.

The Personal Diabetes Manager, or PDM, a portable receiving device, is used to manage it.

The most recent DASH variant has a PDM that functions virtually as a dedicated mobile phone device and is the first Bluetooth-enabled version (that does not have all the capabilities of a normal smartphone).

According to the manufacturer, future variants, possibly controllable directly from your phone, will be built on the DASH technology.

In contrast to the former generation, which utilized the more widely available AAA batteries, the Omnipod DASH uses lithium-ion cells that must be recharged.

Some people complained about this shift because lithium-ion batteries can be more challenging to locate in stores when you need urgent replacements.

Insulet advertises the DASH Pods as being waterproof for up to 60 minutes at a depth of 25 feet. However, the portable PDM is not water-resistant.

Pros and cons of Omnipod Dash