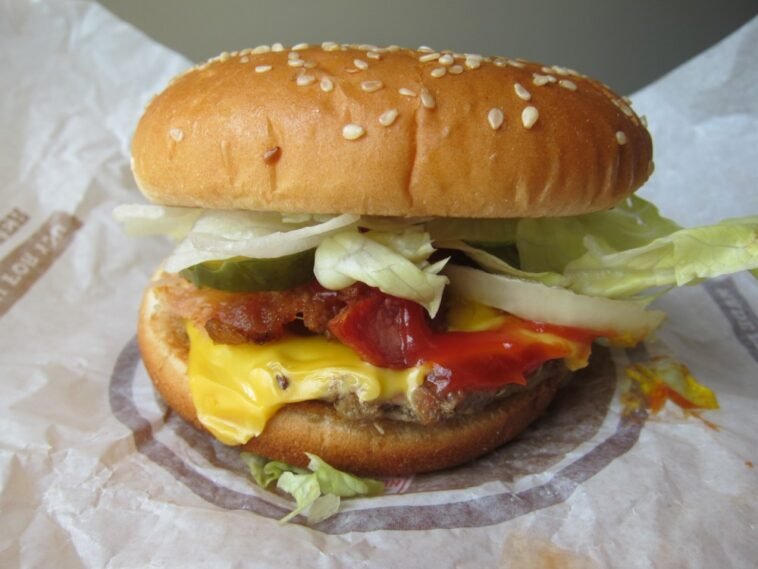 These food items are especially for people who have hypertension, heart diseases, or other medical conditions which require limiting salt intake.

However, people without these conditions should also try limiting their salt intake.

The amount of junk food being consumed these days is through the roof. People look for foods that are ready-made since their hectic routines do not allow them enough time to make food from scratch.

The problem here is the content inside the junk food. Most of the time these ready-made items are loaded with saturated fats which are anything but healthy for the human body.

It is near impossible to look for healthy foods at restaurants, however, nowadays companies have recognized the impact of junk food on people and put in efforts to make edibles that are healthier in terms of content.

Commonly consumed fast food items that have the most sodium content (as per the FDA) include [Ref]:

Burger king may not seem like the best place for healthy options. But if a close look is taken at their menu there are quite a few options that are better and would be more desirable.

To make it easy for you, we have summarised a few items from their menu which are low in sodium.

This option might be the only one with the least amount of sodium in it. Apart from that plain hamburger, whopper jr has almost 390 mg of sodium in it along with 315 calories.

Nonetheless, sauces can add a great amount of salt to the burger (as much as 70 to 90 mg) which shows why one should avoid them.

This 390 mg of sodium can be considered low when compared to other items on their menu list.

But according to the regulations imposed by the FDA, it is not a low sodium choice. Lastly, keeping your choices regarding your meals in moderation will be the hack here.

Much of a breakfast option, these Cinnabon rolls, or shall we say ‘cini minis’ have a total sodium content of 280 mg and 300 calories per 96 g serving.

These Cinnabon rolls were taken off their menu but made a return after a huge demand by their customers. This was originally a part of their 90s menu list where they cost almost 99 cents.

But these cini minis are only available for delivery through an app called ‘Grubhub’.

According to burger king, anyone who spends almost 10$ or above on their orders will get an option to add cini minis to their cart for free.

Might sound unbelievable but it is very much real, this plain hamburger option is one of the lowest sodium options that one may find on their menu list.

With a total calorie count of 242 Kcal and desirable sodium content of 380 mg, this is your go to meal from Burger King.

Sauces and toppings may contribute to additional calories and salt which is why it is better to stay on the safer side and eat the hamburger plain.

With a sodium content of 280 mg and a calorie count of 270 Kcal, this is another great breakfast option.

The whole wheat content of this meal makes it all the more special as it gives you the good amount of dietary fiber (5g) that your body requires to stay healthy.

On a better note, this option is low in trans fats and saturated fats which increase the LDL (bad cholesterol) in the body that lay the foundation for diseases like cardiovascular disorders and hypertension.

Another low calorie and low sodium option from their menu are 4 pc chicken nuggets. You need to be careful as to not choose the spicy ones as they may enhance the sodium content by many folds.

From what it concerns, these plain chicken nuggets have 310 mg of sodium in it. Avoid choosing any toppings or sauces to not increase the salt quantity.

Do Not Cross The Limit

Also for people with hypertension who need to be on a sodium-restricted diet, the sodium intake should be no more than 15,00 mg per day.

As it is known that junk food is a reservoir for all unhealthy ingredients, sodium being at the top of the list, it is advised to keep your sodium intake under check.

The options that are listed above are relatively low in sodium but this does not imply that one can eat these on a daily basis. 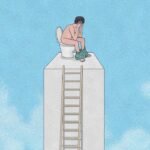